The Sorrow of the Strongman 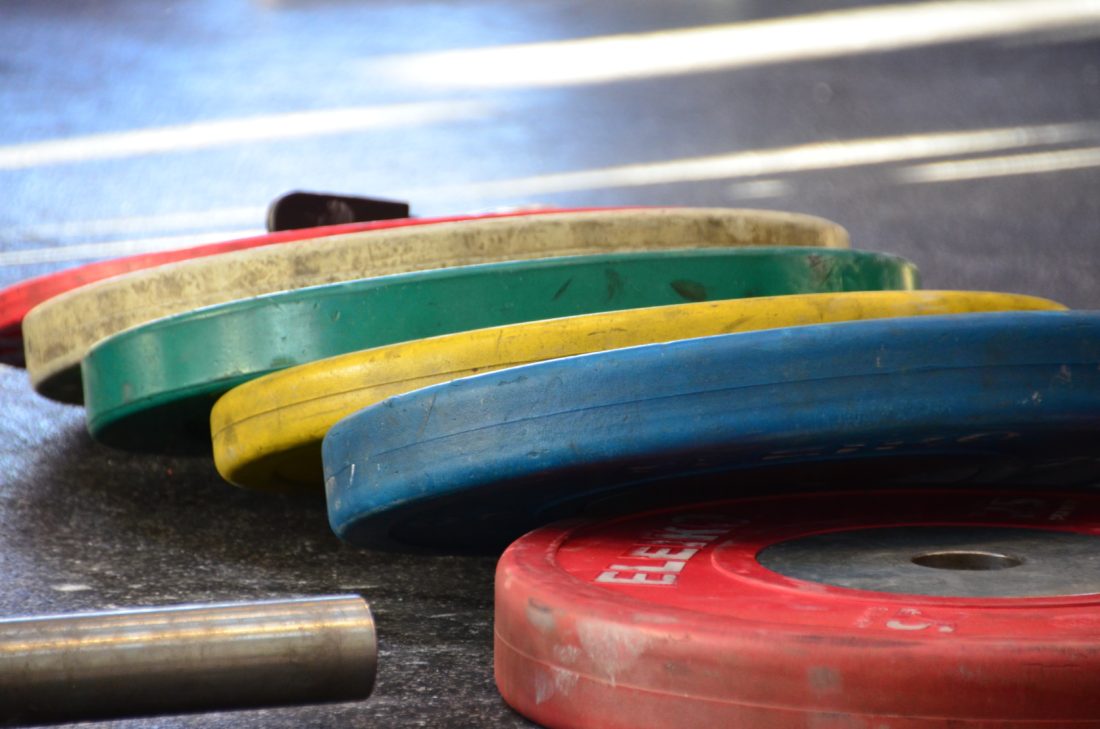 We watched from the bleachers as the Christian strongman sliced an apple in half using a single strand of mint-waxed dental floss. The two juicy halves crashed to the gym floor and wobbled around before falling still at the man’s jet-black Asics. I nudged my buddy, Zeke, sitting next to me, gave him a look like, Kill me now.

Zeke and I had planned to skip the stupid assembly and sneak off to split a Xany bar in the gazebo, but the janitor caught us on the way out. He wielded his mop handle like a saber, said, “I know what you boys are up to, and you’re not allowed to do it unless I’m allowed to have some.” Last thing I’d ever do is share my Xany bar with that freak. We said fuck it and ate our halves in the boy’s room and made our way to the gym.

After the apple trick, the Christian strongman demo-team did a lap around the gym while showcasing their biceps and doing the raise-the-roof. They had Stryper cranked way up on their crappy ghetto-blaster, but it sounded more like a band of cockroaches performing live in an empty soup can. Zeke was into it. “Not bad,” he said. I shook my head, not impressed.

The men asked for a few members of the dance squad to come out and join them for a little routine. This got the girls all giddy, even my girl, Renee, who cartwheeled with grace onto the gym floor, looking finer than ever in her bone-tight sequin pants. The strongmen gripped their bulbous mitts around the ladies’ bare mid-rifts and pumped them like dumbbells, one per bulging arm, pigtails twirling like helicopter blades. The crowd went berserk. Zeke sat up and stopped sucking on the collar of his t-shirt long enough to say, “I don’t think I’ll ever be the same, man.”

The leader of the team, a short stocky dude with blond razor-wire hair, wearing a headset with a peanut-sized microphone attached to it, spoke to us as the other strongmen flexed brawn.

“Hey, ya’ll, I’m Donnie,” he said. “I want you to know that even though you probably aren’t capable of dead-lifting an adolescent girl, you can all definitely lift a bible.”

This brought a hush to the crowd. We braced ourselves for the inevitable God spiel.

He continued, holding his massive NIV Bible high in the air. “Yeah, that’s right, ya’ll. These things come in all shapes and sizes, and some weigh about as much as a smart phone. Dig that.” He paused for us to think about this. “Look, people,” he said, “we’ve all done our fair share of stupid crap, and I am no different. You see, check it: before I allowed Jesus into my heart I was one bad dude: slangin’ yayo; chasing the dragons; poppin’ my own mother’s prescription pills like peanut butter M&Ms for every meal.”

Zeke and I looked at one another, cracking grins like, This dude is doing it right!

“And maybe,” he said, looking at Zeke and I, “some of you out there are guilty of the same. I see those twerpy smirks. I see those cheeks glowing red. But yo, duck and cover because here comes a truth bomb: I did seven years in Leavenworth for setting my best friend on fire.”

Whispers swept through the bleachers. Renee whipped her head around and looked at me bug eyed with her hands covering her mouth, straight shocked. My pops was up there doing time himself. I’d taken her to visit him once or twice. Not a nice place.

“Comes as a surprise, huh?” Donnie said. “You wouldn’t expect a fit guy like me do some crazed thing such as that. Thing is though, ladies and gents, the man who set the match to his homie’s Jordan IV’s was not the man you see before you today. I’ve been saved, see, left that old flip-phone of a life behind and upgraded to a sleek new iPhone. Most important, though, I got a new SIM card. Dig that.”

A basket of books got passed around the bleachers. When it landed in my lap, I could see they were phone-sized Bibles that said iBible on the cover. No thanks.

Donnie started pacing back and forth like a caged gorilla. He was all amped up.

“What I’m about to do,” he said, “is a testament to the awesome powers of our lord and savior J-Christ, for real.”

A strongman wearing a sleeveless Anaheim Angels baseball ball jersey with the name CHRIST stitched to the back, buffalo-strutted over to Donnie and handed him a thick phonebook. Donnie took the book up in his bloated hands and kissed it before raising it high. “Bless me, J,” he whispered with his eyes closed. The Stryper segued into some somber wind-chime-type music.

“As I rip this phonebook in half, I want ya’ll to think about your own sins, want you to think about where you’d end up if you died today after leaving this gym. If you’re not certain, I want you to come forward and join me on the floor to be saved, to reset your SIM card. Let my own physical strength be a testament to the powers of the Lord while it surges through me.”

I watched the strongman fail to rip the phonebook in half and I shifted from ass cheek to ass and felt my forehead turn hot. The Xany bar found its way to my legs, which felt like swamp moss.

“Come on up,” he said to us, his voice strained, “don’t be scared to be strong.”

We all sat still and quiet until the double doors burst open and the janitor stumbled in wearing his navy blue jumpsuit, looking like the convict he probably was. He pushed his broom over to Donnie and turned toward the crowd, a goofy ass grin spread across his face. Donnie made a little progress on ripping the phonebook and said, “Cool, cool. Keep it coming.”

I couldn’t hold my head up any longer. I fell back into the knobby knees of some freshman who pushed me off and I rolled onto the stairs with a resounding thud. Drool slunk from the sides of my mouth as I lay there practically catatonic, until someone scooped me up, cradled me like a cat, and carried me toward the gym floor, one cautious step at a time. The crowd burst into fits of laughter as Donnie set me up next to the janitor, who laced an arm through my pits to keep me from falling on my ass.

“Look at what we have here,” Donnie said.

He stared me dead in the eye as he picked up his book and power-gripped it.

“Some of us require that extra push,” he said. “Some of us need saving more than others.”

He began to twist the book in his hands while screaming and grunting. His fellow strongmen tried to stop him but he said, “Naw, naw,” and pushed them back. It was clear they wanted to inform him that he’d picked up the wrong book.

We all watched in awe as the Christian strongman struggled to rip a Bible in half.

The fucker forgot to save me.