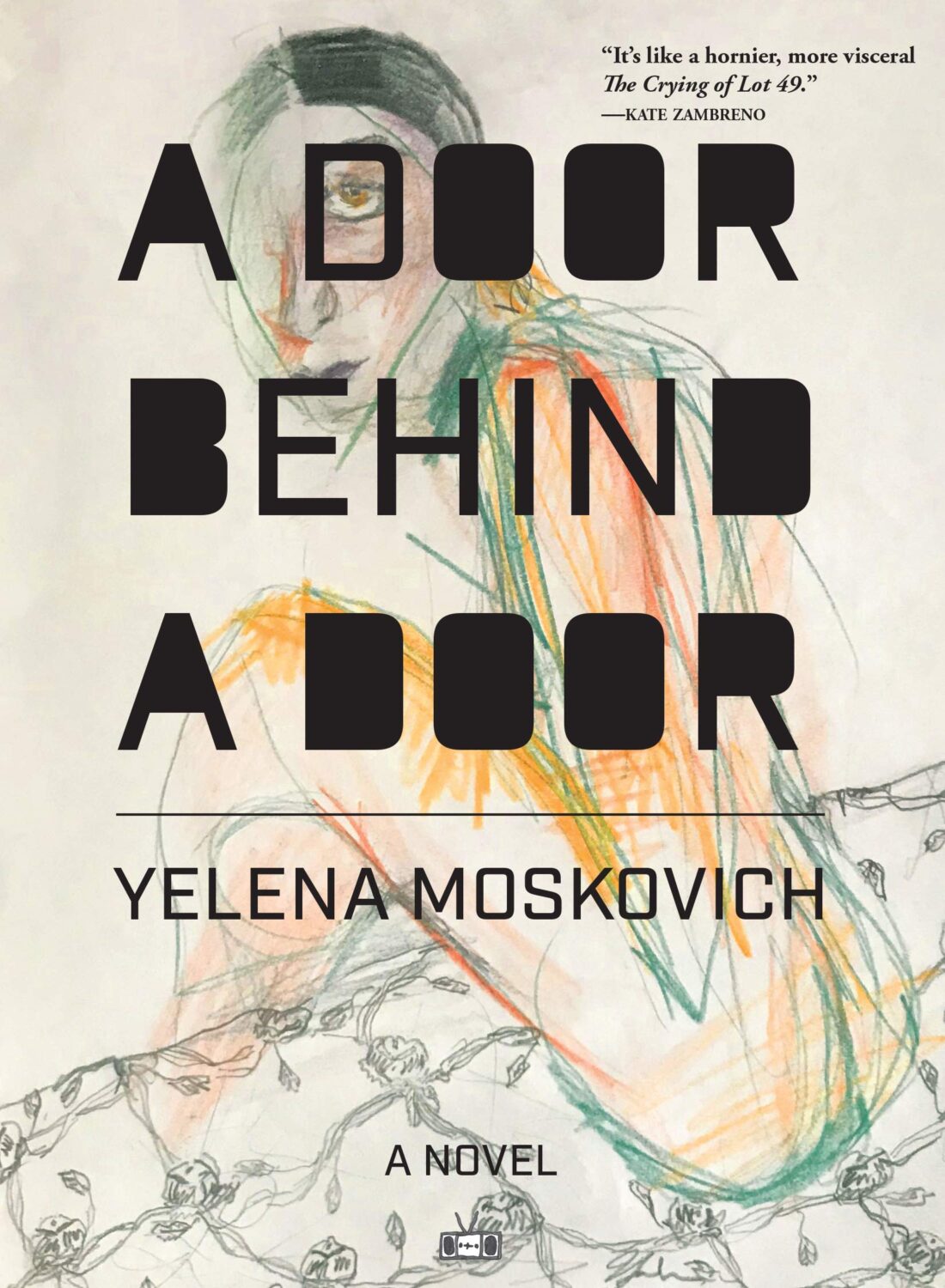 THE ONLY THING THAT MAKES A BODY BEARABLE IS THAT WE CAN GET OUT OF IT: A REVIEW OF A DOOR BEHIND A DOOR BY YELENA MOSHOVICH

“Below, a current azure bright / Above, a golden ray of sun… / Rebellious, it seeks out a storm / As if in storms it could find peace!”

The Romantic poet and novelist Mikhail Lermontov was known as a bit of a social misfit. He died at the age of 27 in a duel with an old acquittance of his.1 Lermontov is said to have fired his gun in the air before the fatal shot. He didn’t even want to win the duel. He’d already won.

Another poem of Lermontov called Парус, or The Sail in English is referenced twice in Yelena Moshovich’s brilliant new novel A Door Behind a Door. The first is a tense moment where our protagonist Olga is looking into the eyes of her cellmate Tanya: “Her irises reciting that poem…That poem about the lone sailboat that leaves the safe waters and goes willingly into the heart of a storm.” Olga goes on to ponder what the value of life could be if one couldn’t storm into someone’s heart. It’s all quite Slavic. The second reference to Lermontov’s poem comes in just twenty pages later, with a new narrator calling it, “the one that everyone had to learn in school.” While some of the school children mock the poem for its simplicity, the narrator recites it under her breath. She feels the image spoke to things deep in her heart.

The plot goes as follows. Our young immigrant narrator Olga lives in Milwaukee with her girlfriend. She gets a phone call in the middle of the night from Nikolai, a boy who murdered an old woman back in the apartment building Olga grew up in. Nikolai says Olga’s brother Moshe, whom she lost contact with after he converted to Orthodox Judaism, is being held in custody after committing a murder.

The novel touches on many themes: queer sexual desire, violent sexual desire, immigration, the Midwest, imprisonment, and punishment. The novel is told in sparse lyrical fragments and Moshovich’s language is stunningly refrained throughout. The narrative could be part dream. A Lynchian diner appears and it’s unsure whether this is a resting stop to Hades or an actual diner with a crime syndicate operating inside. Although Olga narrates a significant chunk of the early story, different chapters give us the perspectives of multiple characters, sometimes seemingly periphery characters. A dog narrates one chapter.

Some of the early reviews for this novel have needlessly auto-biographized the fiction, pinning Moshovich’s dark experimental prose as a sort of Ukrainian auto-fiction (both Olga and Moshovich are immigrants from the former Soviet Union.) But A Door Behind a Door is much more interested in complicated morality, in dizzying fractal plotting, in sheer beauty of prose. This isn’t Rachel Cusk, it’s a much more daring, transgressive piece of art.

“Every crime has its dirt and there’s only one way to prove one’s innocence: dirty talk. And for that you need. Telephones. Telephone calls,” writes Moshovich in her essay on crime fiction, “I love a blood-soaked telephone call as much as the girl next door, but it’s got to come from the Other Side. That’s what telephone in crime are for.” Indeed, the opening of the novel is a blood-soaked call. Is this a stirring metaphor for the immigration experience? Is it our past always calling us in the middle of the night when we’re in bed with an intimate partner? The fluctuation between the real and surreal can prove dizzying, but the novel always grounds itself with Moshovich’s prose.

The text retains the concision of poetry while giving the pleasures of pulp crime and this potent mixture allows Moshovich to go places contemporary fiction often shies away from. See the phantasmagoric experience of teenage sexual impulse while Tanya wrestles with Sveta:

Tanya fondly remembers moments like this (another: she gets notes on a Dostoevsky novel from Sketa in a high school hallway) from her prison cell. It’s unclear whether Tanya is actually in prison or a sort of purgatory, but either way she’s trapped in the burden of memories.

In his book The Absence of Myth, Bataille writes that surrealism’s “Dadaist origins add to it an inextricable element. Something deliberate and ostentatious goes hand in hand with a vulgar childishness. The connection is so perfect, we do not know which of the failings is more odious. But those who are unable to appreciate the sweet, soapy naked quality of prostitutes do not feel what it is that attaches us, in a similar way, to the most dreadful failures.” Bataille saw surrealism as a symptom of the loss of cultural myth that held cohesion for so long. In her novel, Moshovich uses surrealism in a deeply Soviet manner, that is she embodies the freaks and the thugs with a sense of integrity, almost with morality. But let’s not get ahead of ourselves, crime is always good for suspense and thus fodder for novel writing. This book isn’t nihilistic, instead, it’s a damn good read.

1 His poem A Dream is interpreted as a premonition of his own death.