The Moon Experiments with Drag 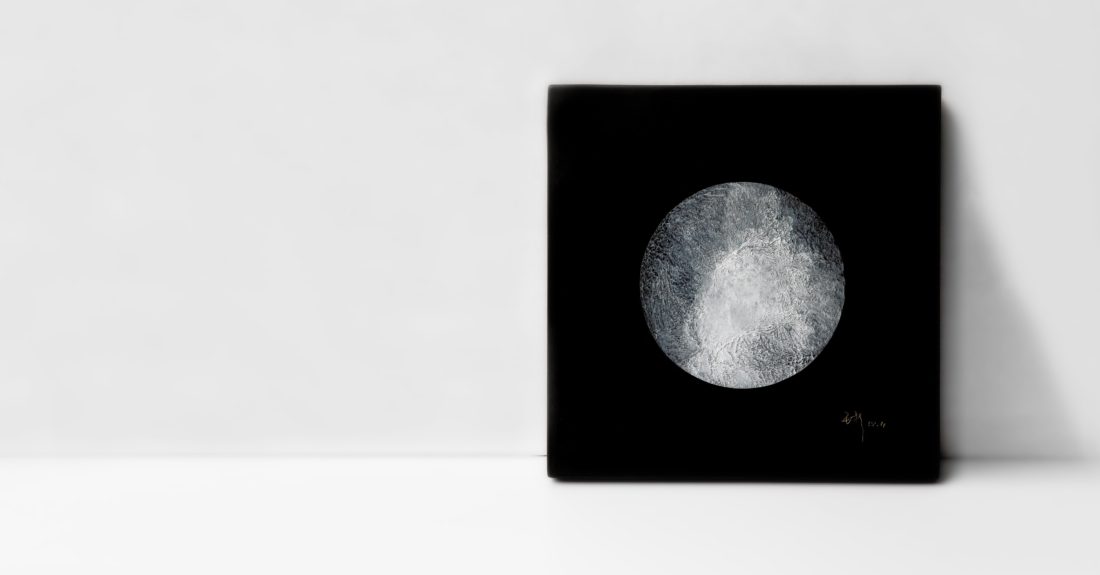 I went to the man’s house to see for myself. Plenty of others did too. There were people from the news there but mostly pick-up trucks I recognized from living in Franklin County my whole life.

It took me twenty minutes to sort through the congestion. Then there it was. Red and leathery and toppled over. A colossal high heel shoe the man claimed fell from the sky, the heel end plowing right through his roof. Said it could’ve been some strange piece of art that fell from of a plane. Said it could just as well have been aliens.

The shoe really was giant. Bigger than I expected. When I got home and opened the paper, I saw another had been found a few towns over. Killed three Icelandic horses. Shiny and red and the size of the ski lodge just east of town.

That whole week, the air outside smelled like cold cream and rose water. It was all quite intriguing at first, before people got too concerned, before wild-haired scientists talked their nonsense on TV. You should have seen the Snow Shoe Lodge that week. All the firemen and townsfolk drunk off lager and conspiracy theories. And then after that first weekend, come Monday morning, it started with the Kleenex fiasco. Had to be millions of them. All make-up stained and dropping from the heavens. Newscasters said it wasn’t just Montgomery either, wasn’t just Vermont. It was the whole northeast of the country as far as anyone knew. I shoveled the tissues into small piles until my property was mostly cleared of them, and then burnt the tissues in a barrel in the backyard. A few neighbors stopped over. We watched the embers dance like black swans on fire.

The next morning, my buddy Saul came by the house. He told me one of the guys he knew from Lowell left for some underground bunker downstate. Said he stormed out with a few gallons of water and some hand-carved relic. What kind of relic, I asked him. Beats me, Saul said. If it ain’t beer, why even bring it?

I was out of work again that week. Most of my buddies were. Felt like the Fourth of July with all the commotion and talking about town. The sun in one corner of the sky and the moon in the other, like a boxing match. One corner white and warm and the other still caked with pink-peach blush. Clouds wiggled their way across the sky and disappeared.

Another day went by. Then another. The sun shined like the sun does but the moon held its ground. When the former grew weighty and sleepy, the heavens turned themselves cherry and rose and slate-colored. I used the last bit of daylight to collect firewood before darkness expanded and tried to overtake the weaker colors. But lately, the dark had nothing on the moon.

When the sun was gone and the glow in the sky was again singular, bits of glitter rained down like confetti. In no time, vibrancy coated the lawn and reflected from trees like holiday lights. I continued to break downed branches into pencil-sized pieces and set an A-frame with the festive twigs. When I sparked the match and positioned it below a heap of briar, it cracked and sizzled and sang to the tune of old camp songs.

Light again and sunshine bright. It was morning. And yet: the moon. I walked outside to find the embers of last night still warm, still pulsing blood orange under white ash. With a fire iron, I poked the sleeping pit and gave it a stir. Thin smoke ascended into the air and danced around like tinsel. It lifted and levitated and wrapped around my body before dissipating. I poked again at the place the fire was in the nighttime and again I watched smoke rise and fade into song.

That entire month, the air was different somehow. Not just the smell and the colors and the sounds, but the molecules all around. Everyone I spoke with said they could sense it too, each individual particle. Folks on the public radio praised the moon and her bravery. Other stations quoted Revelations, called it a sign of the end. I couldn’t tell you which I believed at first, only that I felt my lightest those few weeks. Felt again what joy was like.

Things calmed down after that. New moon right on schedule. Then the moon came back no longer doing whatever it had been doing. No longer experimenting with wonder. But as strange as it all had been, nothing really changed. Most people didn’t know how to feel about it, so they didn’t think much of it after the fact. It was back to the Snow Shoe for beers and the band and the normal chitchat. For me though, it got me thinking more. Got me thinking about things I did as a kid. On the ballfield with Saul. Back when people still called him Buck. All that folly, there and elsewhere. The moon’s gravity pulling the waves into tsunamis in Japan and pulling things in me I thought I had hidden away forever. All that kid stuff. The wild ocean we have.

A month or so later, I ran into Saul at Sylvester’s Market. I asked him what had ever happened to that friend of his from Lowell, if he had ever come back. Saul said he didn’t know, that he hadn’t seen him, but was sure he would run into him sooner or later. Then Saul asked what I thought of it all, the stuff with the moon. Asked if I thought it could happen again. I told him yeah. It happens once, it could again, I said. Just couldn’t tell you how soon. I thought of the ballfield, how Saul had a similar question then, only I gave a different answer at the time. Saul patted my shoulder and paid for his groceries. I sat in my car for a while after that, just sitting.

That night was a new moon. Clouds cloaking any stars that would have painted themselves there. I sat in the dark for hours. Held a mug of coffee in a lawn chair behind my house. And in the blackness, I searched for answers to questions I was too afraid to ask. I searched the sky for light, for any sign it was listening. But the night remained black and silent. It eventually turned my coffee cold.