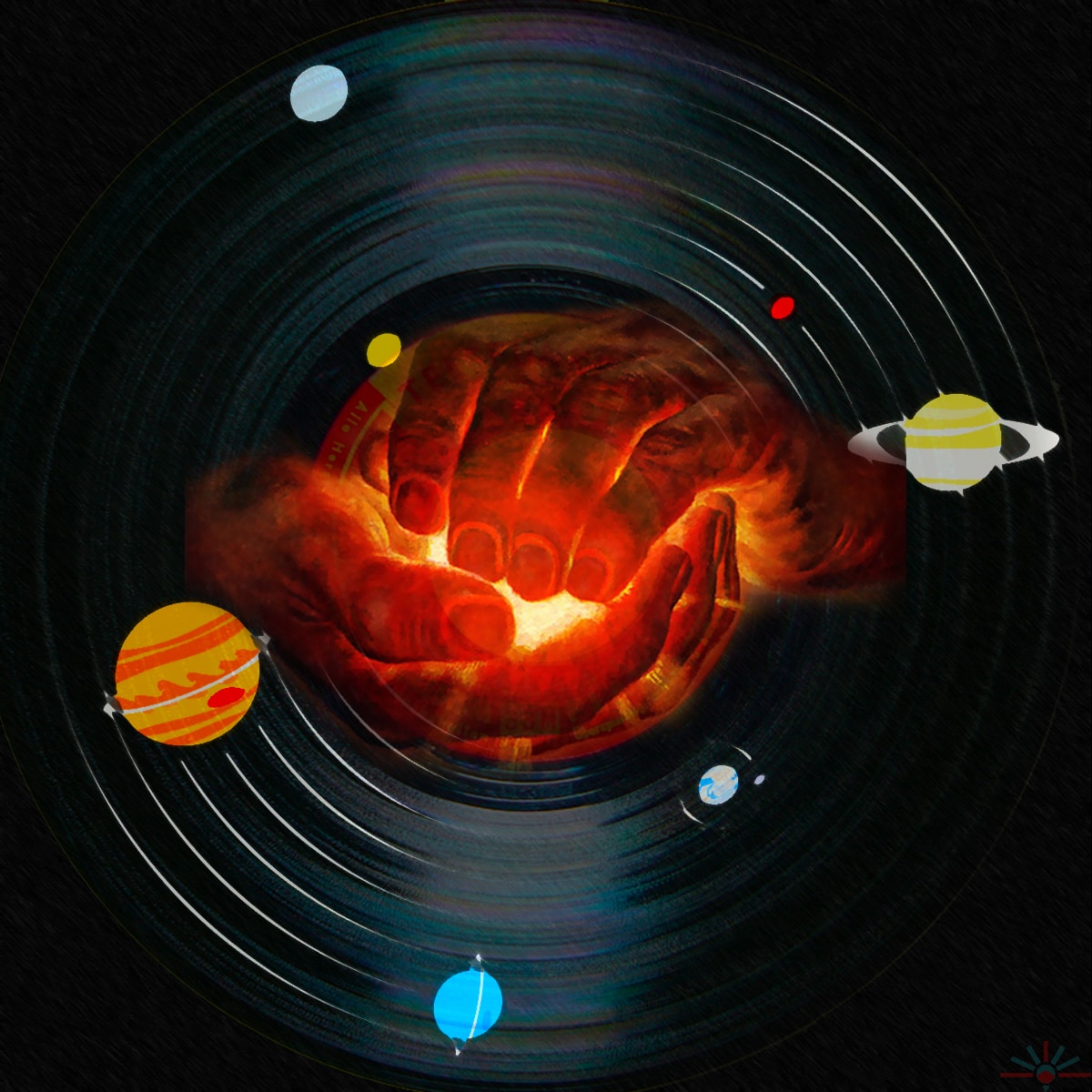 Helena saw the planet through her telescope. It was the colour of jewel blink. She wrote down its place. Nights passed as she watched the sky. She climbed roofs and chimneys, seeking a nearer view. She perched on tower tops and drew maps to the planet. When her notebooks stuffed, she scribbled star paths on walls.

One dusk, she packed a rocket with her maps. She clutched the telescope as she burst through the sky. She didn’t watch her home grow small. She steered past space corners. Her days were lit by unnamed moons. She studied her maps and crossed off the galaxies she passed. She watched the planet through her telescope, guessing its distance in sun turns.

Years passed. She sailed into the last solar system. She peered out at the bright planet: it glimmered with colours she hadn’t known. As her rocket sped close, the surface shuddered and rippled. The planet shook apart into winged pieces. They flocked and soared and flew towards distant stars. She pressed her face to the window and counted the butterflies until they were gone.