Russell the Muscle Brings the Pain 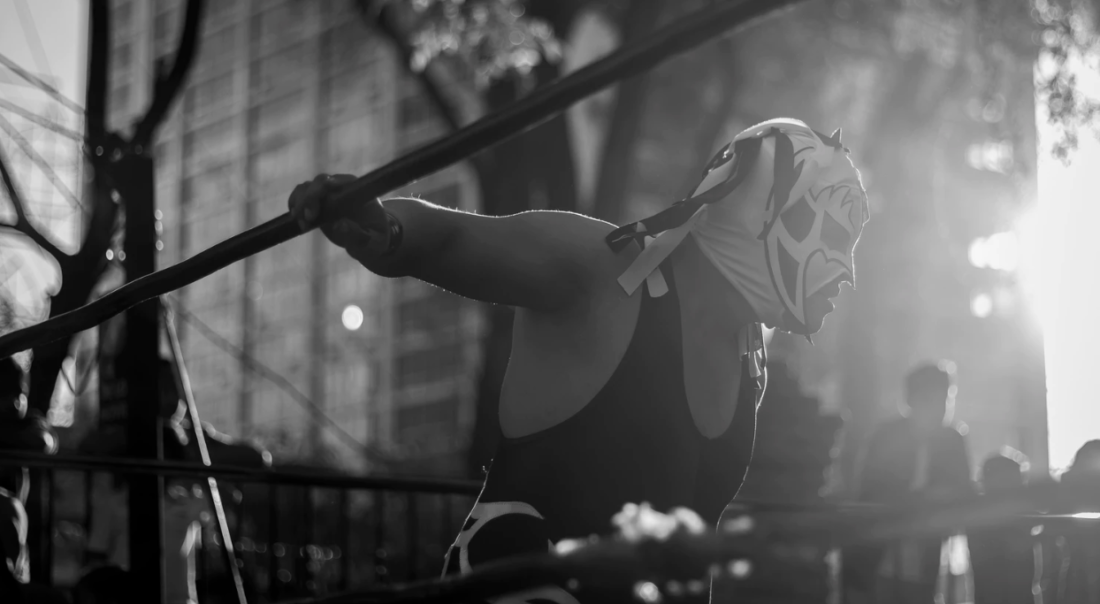 Mostly, I think, they come for Russell—sorry or should I say The Muscle. He even wears the equipment: knee-high boots, gold championship belt, a leotard he insisted upon ordering three sizes too large. During the commercial, he prowls his cramped stage before the television to their hoot and hollers, big and bold inside his puny frame.

Mostly, I like Russell. Mostly, I don’t know why he even lives in a home for the developmentally disabled and can picture him living on his own somewhere with a full-time job, buying groceries, and cooking dinner over an open stove flame without my watchful eye. Then Monday night rolls around.

“I am The Muscle,” he says and jabs a finger into my chest, trying to provoke me. To make my low and villainous—like the other aide, Eduardo, usually does—and say, “I’d like to see you try!” Except tonight, Eduardo has called out, and Russell is stuck with me: a person who’s never been good with confrontations, even pretend ones.

Would you believe it if I told you that after my wife confessed to an affair, I was the one to apologize? “Don’t be so spineless,” she told me.

So, like always, I revert to form. I go spineless. I pray the program comes back on to distract them.

Finished jabbing my chest, Russell now rifles off a series of flexes, oversized leotard dangling to expose a nipple. “Who wants me to put this puny aid in the morgue!” he says to unanimous applause.

And as they hoot and holler, I must admit—despite my fear—I am glad for the first time in months. Glad because Lexington Home is usually such a lifeless place, nights spent silently chewing bland dinners, waiting for bed. Glad at least until I hear Russell’s teeth begin to grind.

“Russell,” I say. “Okay. Calm it down. Eduardo might play this kind of game, but I am not Eduardo.”

“That is The Muscle to you!” he says.

“There’s no grace to spinelessness,” my wife said that night she left me. “But I am sorry,” I said. About what?” she said. “For driving you into his arms,” I said.  “You’re such a jellyfish,” she said. But then, none of it turned out true. There was no other man—she’d made the whole story up to add a little danger to our lives. After which, I could only apologize again. “To go to such lengths!” I said. “Stop that,” she said. But I could not.

“I’m sorry,” I say again. This time to Russell.

“You’re sorry, what?”  he says, bending deeper into another flex.

“The Muscle,” I correct. But apparently my correction has come too late: the other residents already clamoring for blood.

“With tables and chairs!” says Karen.

And before I can respond, Russell drops into a battery of half-remembered gym class exercises, as if I’ve accepted their terms, teeth grinding louder with every squat thrust, pushup, stretch.

“The morgue! The morgue!” they chant, their circle growing so tight I cannot see if the program has come back.

“That’s The Muscle,” he correct, wrenching back a toothpick leg as if it weighed a ton.

“But I am sorry,” I say again. Just like I know I should not. I should make my voice low and villainous, like Eduardo does, and be the man my wife has always wanted. But instead, like always, I go spineless. I only pray the program comes back on.

However, my prayers go unanswered—next thing I know, Russell winds up, slaps me.

“The morgue!” the residents hoot and holler, louder, echoing inside my cheek’s pain. Their frenzied breath upon me.

“Are you sorry?” Russell asks me again as I nurse my cheek—but weaker now, big and boldness unmistakably diminished. I watch his hand rise again and hang there. I watch it not wanting to come down. I hear his teeth cease grinding.

“Are you?” he asks again, even more diminished. As if now he’s afraid he’ll get reported.

And although I know that all I must do to save myself is utter another apology, I find that I cannot. Even if the words were all my wife required to take me back. Not this time, I think. It’s been so long since I’ve heard them all so joyful. And instead, I make my voice low, villainous. I say, “Go ahead and do it, Russell. But be aware. They call me The Spineless One. Converter of Pain. Your hand is no match.”

I close my eyes and wait.