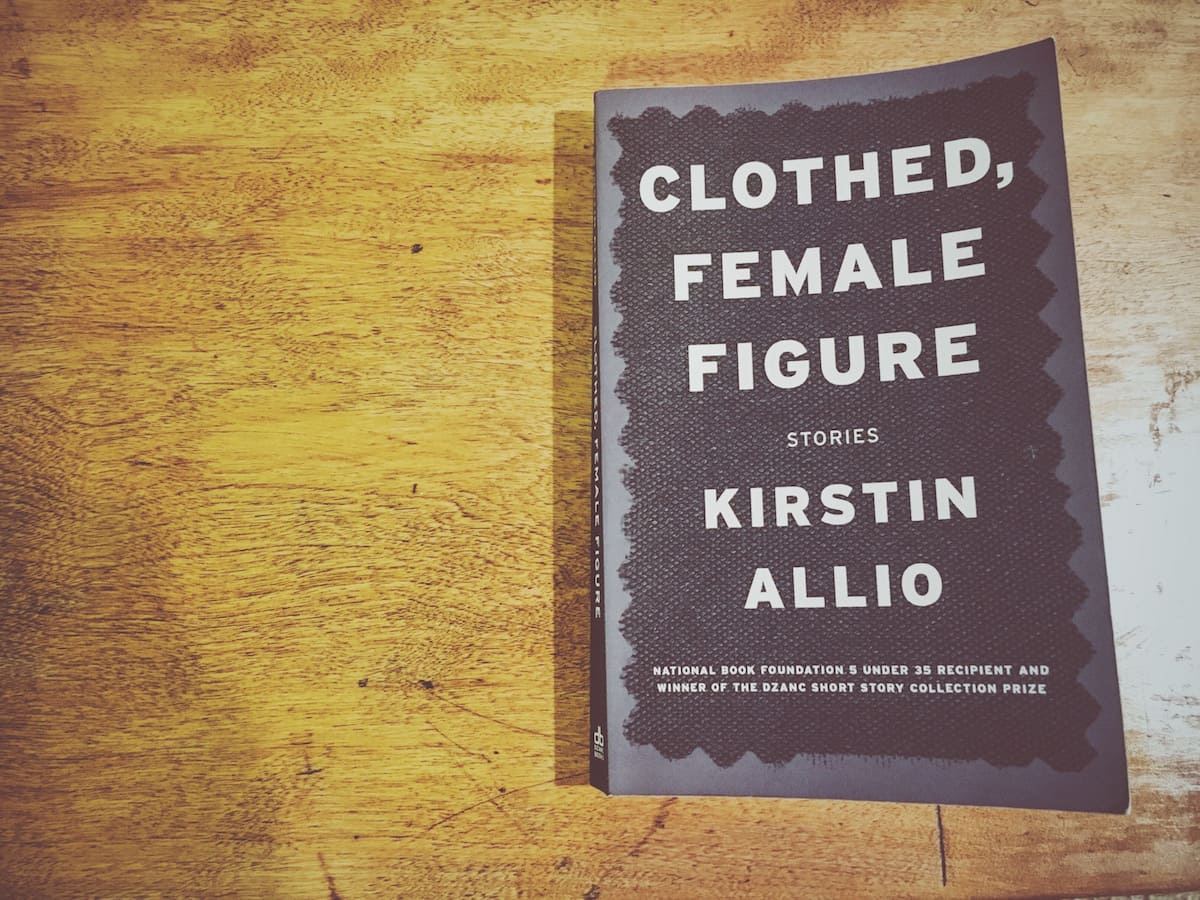 “…she locks the car behind her. She hates the few moments between locked car and locked apartment.”

At the moment you realize that not all opportunities will avail themselves to you, how do you react? What do you do?

Both the stories in Kirstin Allio’s Clothed, Female Figure and Noah Baumbach’s movie Frances Ha capture individuals (yes, women, but men too) stumbling through a major life stage with the desire for the experience to be uniquely theirs, despite the ordinary nature of it. This is often a reflection of their own desire to be unique and special in some way, and the characters in both certainly are, despite the fact that some may not be charmed by their brand of peculiar.

That brand of peculiar looks precocious yet informed, the characters often far beyond and also far behind those around them at the same time.

Defining your identity in the midst of life is a major challenge; learning the difference between healthy interdependence and total absorption into the identity of another. “We’re basically the same person,” Frances says about her best friend throughout the movie, while a new mom becomes monomaniacal about her caregiving role in Allio’s collection. The dread of pure selfishness. The lure of allowing someone else’s identity to eclipse your own. Somehow there is no in between. The polarization of self appears to be a consequence of adult human relationships.

Somehow there is no in between. The polarization of self appears to be a consequence of adult human relationships. Click To Tweet

Though many of Allio’s women are more mature than 27 year-old Frances and her best friend, the shield of self-awareness does not leave them immune to these obstacles. Still, it’s freeing for those further along to realize that “…the loss of the fear of men was perhaps the single substantial perk of getting older.”

Seemingly lacking the tools required to make macro-level decisions, the characters in both collection and movie have more than a knack for mining the minutiae. And so do their authors. Allio’s meticulous prose is overwhelmingly pleasant in its precision. Her word choice left me combing and re-combing sentences (I would say with painstaking attention but there was nothing painful about it).

The same enjoyable eye for detail is displayed in the witty, incredibly relatable quips of Frances Ha dialogue. A nod to Woody Allen’s Manhattan, the black-and-white scenes reflect a stark longing for unity in people and environment. It’s also a great contrast to the wonderful subtleties depicted in the dialogue.

In the face of these ordinary but no less traumatic life obstacles, you can become a clothed, female figure that’s utterly stagnant or you can continue somehow, fumbling along like Frances’ modern dance moves. Adapting leaves you stunted but not without human agency. You move forward and try to push past the awkwardness of that moving. Just like Frances Halladay writing her full name on the mailbox label for her new apartment and discovering it won’t fit. She folds it and makes it work, settling for “Frances Ha.”