Once Got Busy In A Burger King Bathroom 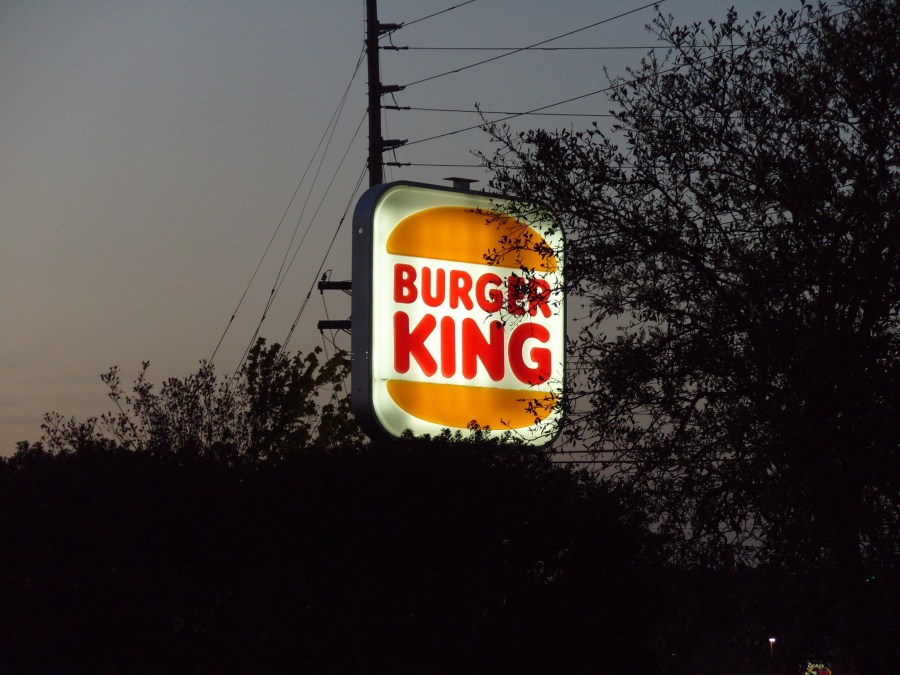 Once Got Busy In A Burger King Bathroom

I wipe a coagulated wad of cheddar from my bloody gums onto the plastic toilet paper dispenser as I release my bowels into a Burger King bathroom beside a stranger in the handicapped stall. It is always the same man, but different conversations are interrupted by diners, or elderly vagrants washing ankles and beards in the sink. The manager kicks them out.

“Only an ugly man can get arrested for cutting his toenails,” the voice says.

We flush in unison, as if nodding. The plumbing has spoken its own language. An expurgation, grunt, or wipe means more than a wink of an eye.

“Can you smell stars falling; can we see the moon tonight?” I ask.

He slides his shiny shoe under my partition. The hole in his black sock smiles, the frayed wool winks.

“Only a beautiful woman can get away with trimming her toenails,” he says.

I study his hairy calves as he raises his khakis. I wonder what his wart wants, how it will taste. We flush in unison. He exits first. I avoid temptation to gaze through the hole. Tilt my head and screw my eyes.

“What will happen without hydrogen?” I ask.

I flush and wipe again, a stranger alone on his favorite throne. My tears splash warm water and bubbles bounce from ripple to mildew, echoing among the porcelain urinals and booger-stained walls. I place my face against the graffiti like a little boy stuffing his sunburned ear into a conch, listening to the ocean.

The man moans. He flicks the lights as he slinks away into the abyss of burning grease and clogged arteries. I can smell the soda fountain machine rotting through his skin.There is more to this man than his bowel movements. He is made of stars and dust. There is more to us all. Though we often bottle lightning in the most obscure of places.