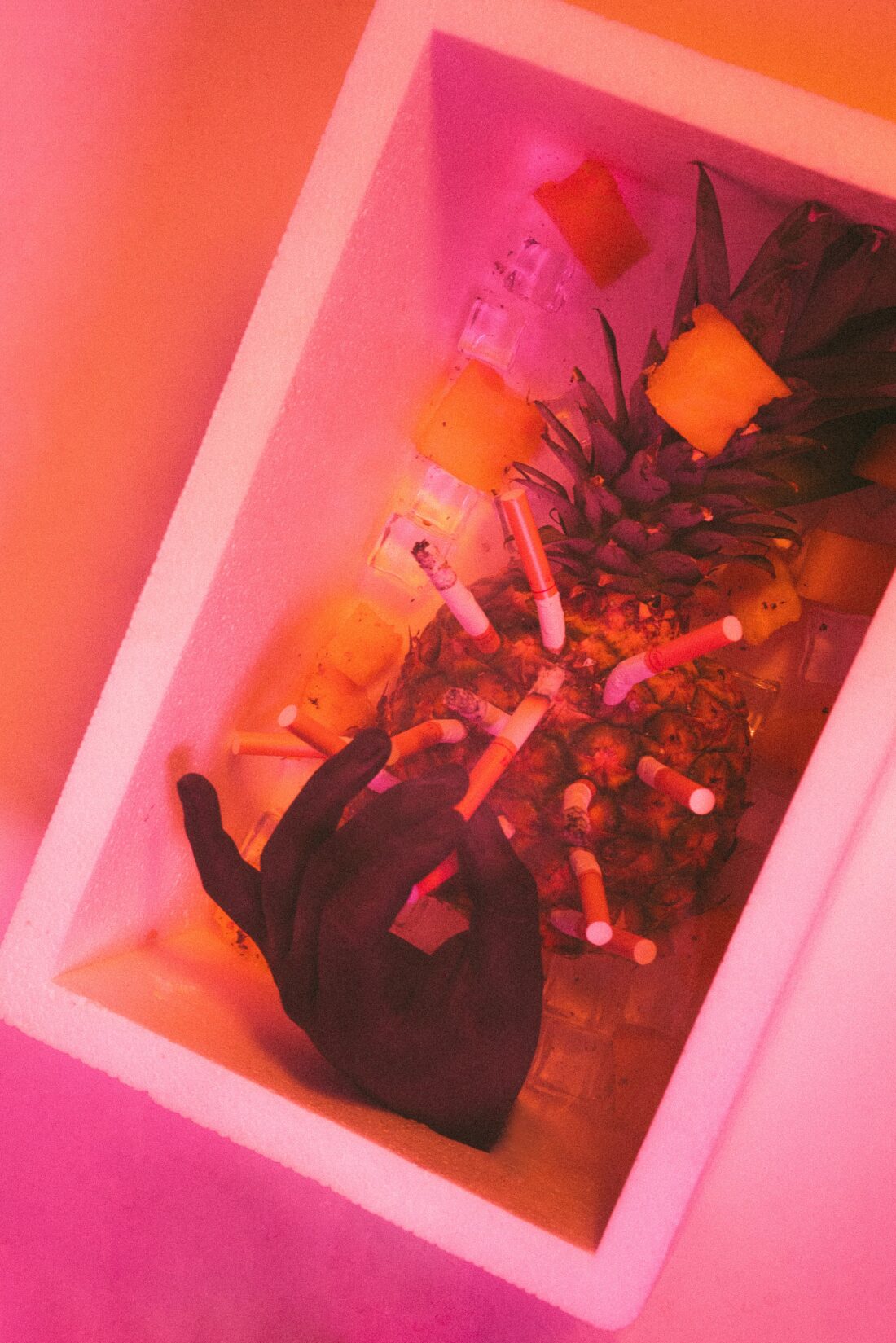 I’m sitting in a cafe in Boston, and my present state of mind is manic.

What is your present state of mind?

It’s a question typed on a crumpled piece of paper I found in a tote bag in the back of a closet. Thirty Conversation Starters. That’s the heading.

1. What is your present state of mind? That’s the first conversation starter.

I actually found the piece of paper in Paris. Or I found it in Paris first. I refound it crumpled in a closet in my childhood home in Massachusetts. In Paris I was eighteen and it was March and I took the train from London to the Gare de Nord station and before that, I’d been alone for a month, but in Paris, I met my dad at the Shakespeare and Company cafe. When you order a coffee at the Shakespeare cafe they serve it with a piece of paper that says 30 Conversations Starters because it’s Shakespeare and they want you to converse. I put the scrap of paper in my bag because I wanted to write a book. Like, Eat Pray Love meets your 5 Minute Journal. That was my book idea. Like I’d been living in Budapest for a month and everyone said Budapest was the new Berlin so that was dope. Like I was going to Serbia next where there were nightclubs on barges and secret bars under train stations and no one went to Serbia and that meant I was dope. Like in my book I could write my answers to the conversation starters and also I could write my present state of mind from inside a gallery in a warehouse in Belgrade and then I could leave the next page blank so my readers could write their present state of mind, too, from inside their houses in the suburbs of Boston.

Isn’t that dope? That’s what I texted my best friend about my book idea, and she said yeah except it’s not really your idea because the cafe already came up with the prompts so wouldn’t it really just be like, your diary? She was right, so I only wrote one entry: my present state of mind is absorbed. That’s what I wrote in a cafe in Bosnia. I liked that people were smoking inside. I liked that it was hazy. I scribbled my state of mind in black ink on the back of the paper.

I’m absorbed in where I am. All this anxiety simply rises the second I question if it’s really as good as it seems.

I bought one book at the Shakespeare Cafe. The World According to Karl, about Karl Lagerfield. Karl Lagerfield was the CEO of Chanel. I’d thought Coco Chanel was the CEO of Chanel. I thought Karl Lagerfield Paris was an outlet in the Village Premium Outlets in Wrentham, Massachusetts. The only thing I remember from the book is that Karl liked to be skinny so he could be a good coat hanger for his clothes and not so he could be attractive. I thought that idea was kind of liberating. Also that Karl could never self-destruct but admired people who could.

I read about Karl in a rental car on the drive out of Paris. My dad and I drove to Switzerland. I drove to the house where I spent the summer near our Swiss relatives when I was nine.It looked the same except it was winter and I only remembered that house in summer. I still only remember the house in summer. In my memory, everything in Switzerland is green. My dad drove me to the Geneva airport. I took a plane to Belgrade. I took a bus to Bosnia.

In Bosnia, I sat in a cafe that was full of smoke, and I stayed there all day. In Bosnia, I wasn’t manic. I spent the night in a hostel where the owner made me take off my shoes at the door and put on a dirty pair of Crocs. He gave me the creeps. He gave me a shot of rakia. He’d made it himself. In Bosnia I hiked through the towns above Sarajevo and into the mountains where there was an abandoned bobsled track that once was used in the 1984 Olympics and then later was a sniper’s hideout and then later was listed #1 Thing To See In Bosnia by IndieTraveler.com. I didn’t think there was much to see at the bobsled track at all besides some mediocre graffiti. It was the kind of graffiti painted by the kind of Australian punk bands who would add Bosnia to their circuit tour in an effort to appeal to a fanbase who read IndieTraveler.Com. I could see the whole city from the mountains. That’s what I remember more than the bobsled track itself. I could see all of Sarajevo and I could see the river and I could see where the mist was rolling off the hills and where the air was clear. I guess the snipers could see all of Sarajevo too. I guess that was the point.

If you go off the trails on the mountain, you’ll get blown to smithereens by a landmine. That’s what the hostel owner told me when I got back that night. On the walk home the sun was setting and the river was glowing and I had wandered off the trail into a clearing where the view was better and I could see the moon and nothing happened. I guess I got lucky.

In Bosnia, there was a museum called the War Childhood Museum and another called the Museum of Crimes against Humanity and Genocide. I bought tickets to both but the first room had images of families being lined up and killed together and I felt dizzy and left. On the street outside, a woman made me Turkish coffee. It was a gift, she said. She told me not to pay. I felt guilty for leaving the museum. I still feel guilty.. I walked to a cafe and I liked that people were smoking inside and I liked that I was eighteen and alone in Bosnia and I could do whatever I wanted and I stayed there all day. I think I meant it when I wrote that my present state of mind was entirely absorbed in exactly where I was. It’s easy to be absorbed when you’re waking up in a different place every day. It’s easy to be sucked into a place when every detail of the place is entirely new. It’s easy to forget about anything but the present when you stumble down the Sarajevo mountains at dusk and you’re eighteen and alone and the landmines don’t explode and when, after the Museum of Crimes against Humanity and Genocide makes you dizzy, a woman on the street makes your coffee as a gift. It’s cliché to write a book about your gap year. Cliché and annoying and boring. But I don’t think I was writing a book about my gap year. I was writing a book about barges in Belgrade and a guide for my friends at home to be Dope Like Me, and I was writing about what it was like when the only thing in the world that mattered was a cafe full of smoke at dusk in March in Bosnia. Anyways, I only wrote one chapter, so it doesn’t really matter. After that, I walked through the streets of Sarajevo back toward the hostel. I walked slowly. There were no snipers in the mountains anymore.