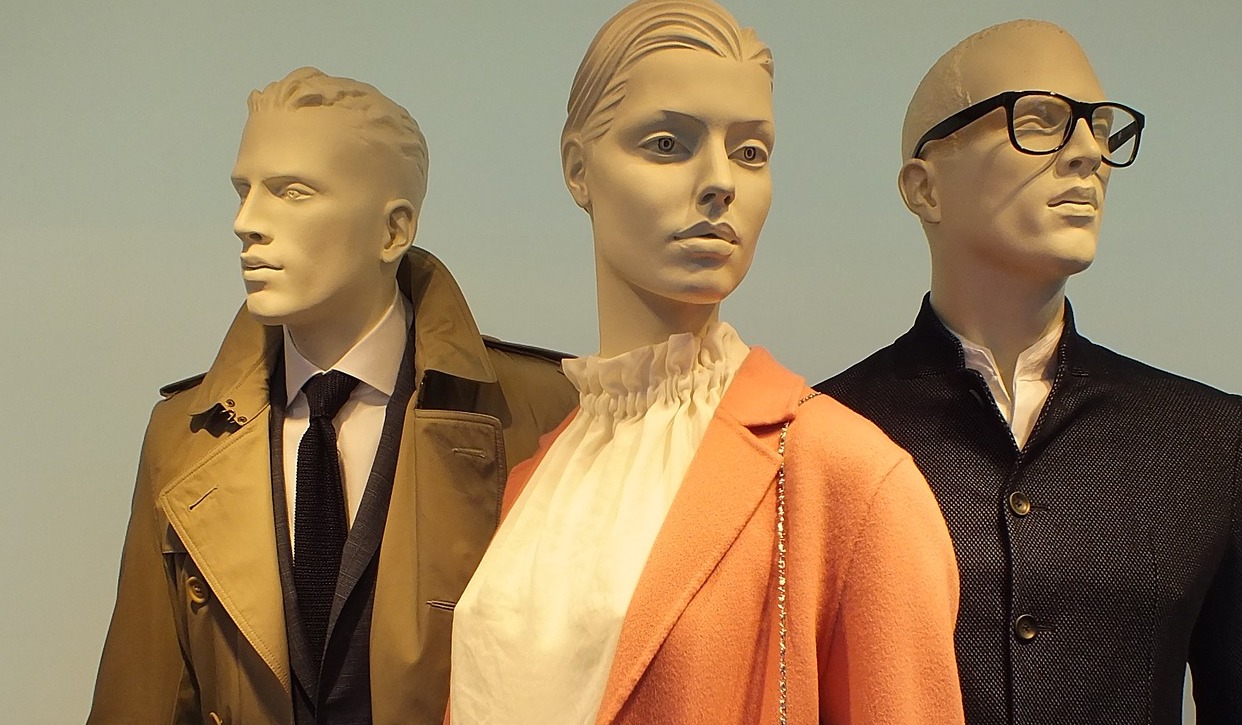 I slept in a ball of my mother’s bras as a boy – not a fetish, there was just nowhere else to sleep. We lived in the back of a department store. We posed during the day in the store, wearing new items, perfectly still until closing, wearing make-up that made our skin look synthetic like fiberglass or plastic. On the nights when were allowed to lie down, they put us in the back and that is when I slept in her bras. They were not only her bras though. They had been worn by every mother who worked in the store. The clothes were all attached to us from time-to-time, according to sex and season. I slept in a pile of other, similar little boys.

They called us “BOD’s”, which was an abbreviated way to say “Boys On Display.”

In the daytime, the overhead lights snapped on and the store came alive, filling with customers by noon. Nobody bothered to look in our eyes. They were focused on the clothing we were dressed in, which they sometimes wanted to buy for their own children to wear. I imagined the women posing the way my mother was posed most often: knee bent, neck tilted, hand held up to her head as if she were supporting her hair like a weight. I imagined the little boys who tugged their mother’s skirts standing like me when they got home: hands on their hips, freckles painted evenly onto their cheeks, smiling, buttocks out.

My mother’s face was not smiling. It had more of a smirk to it, like she knew something the rest of us didn’t know. Something stylish, sexy, secret. There were several pregnant women who stood all day in their own section of the store where they kept the oversized clothing, looking full and proud of their bellies. I wondered if my mother had looked like that once.

I couldn’t imagine being inside any of them.

I had heard that sometimes families were separated. I heard whispers of our own store possibly closing. Old body parts sometimes stuck out of the trashcan near the door in the back, where they waited to go out to the dumpster. Others were packed in boxes and sent to other locations from time to time. I didn’t much like the department store, but imagined other stores as being worse. I knew there was a chance I might not end up at a store at all. I could find myself in a landfill or some art studio or with my arms cut-off and used to display children’s watches. I could end up a head on a spike in a pharmacy somewhere, selling wigs for leukemia patients.

Of the outside world, I knew only what little I had overheard. My mother taught me nothing, except how to pose. Even that, I couldn’t do on my own. I needed the stock boys to help me get situated. The few joints I had were always sticking.

If I had siblings or friends, I barely knew them. They just rotated us in and out of the pile. I worried sometimes that one of them would look better standing next to my mother than I did. I worried that they would never put me back. I watched my mother’s smirk carefully, but it never changed at all.

In raincoats, it was there.

In a white cotton dress with flowers laced around the hem, her face always did the same thing.

I tried to copy her, but all I could do was smile my dumb smile. The smile that I hated. The one that had been had painted on my face by some mystery hand or machine. The smile that said I was only a boy and would always stay a boy until I was dismantled or rotted to dust.

The smile that looked like all the other children in the pile, slightly broken, never fully formed, fading.

The smile that said: I am waiting.

The smile that asked: For what?