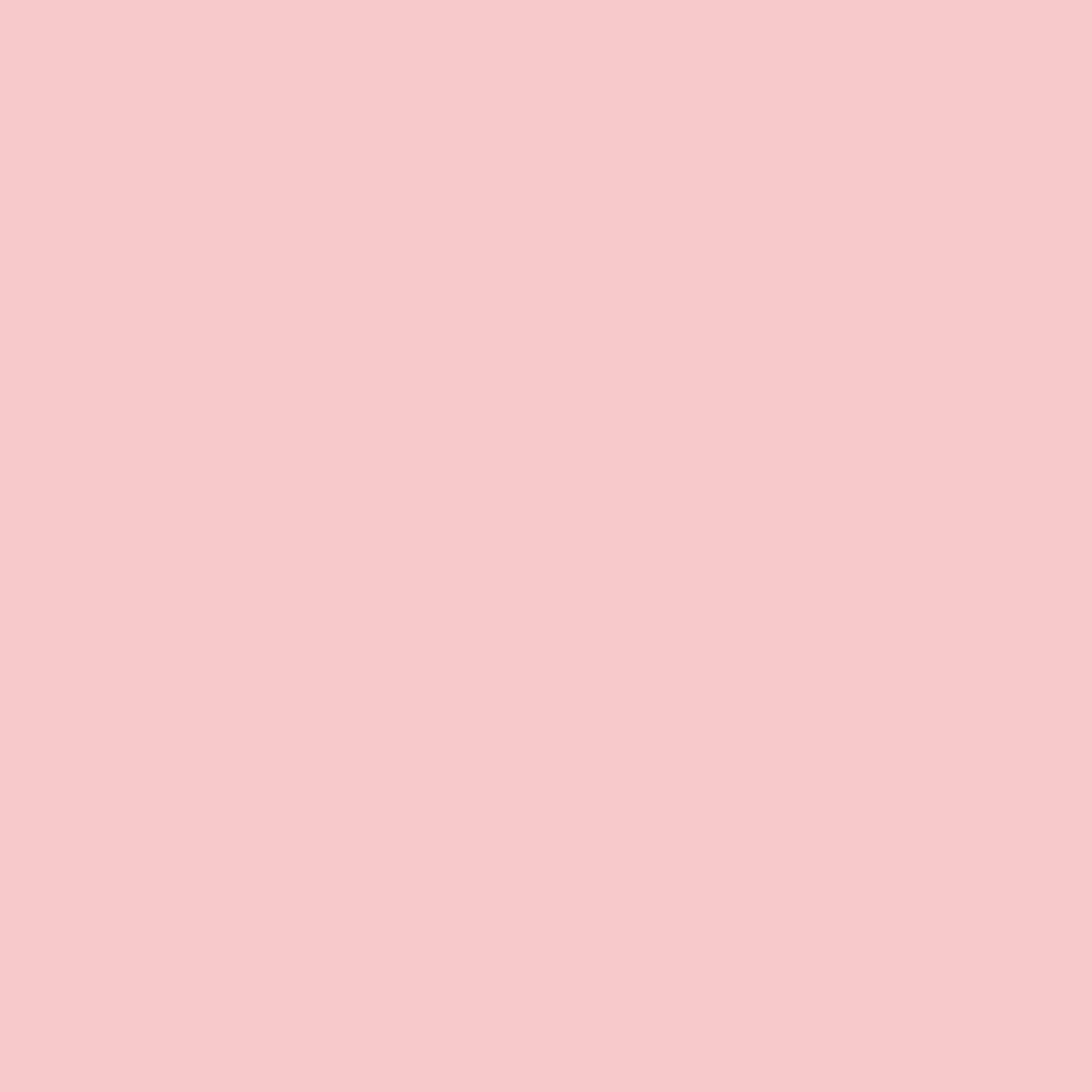 It had begun to resurface, her problem. Slowly at first, peekabooing, then swiftly in the night with vengeance. She woke in the morning and felt it. A furious pain. Her hands worked into her face, massaged her jaw in circles, but there was no muscle or ligament to be coaxed into use. It seemed as though all the soft parts had been replaced with granite while she slept.

It started when she was in high school. She cried when it hurt, and it hurt often, so her mother took her to a specialist. His name was Dr. Mitchell. He was an old man with a long neck and dry skin that left flakes along the collar of his shirt. He brought his gloved hands to her face, touched lightly. “Wow,” he said, “This tension… this amount of tension… It is not normal. Unless you are an eighty year-old who lives on a diet of taffy,” he chuckled, “which you are not.” She wasn’t eighty—that was the joke—she was a young woman with chipped, sky-blue nails, who just got her nose pierced a week before. He believed her, the pain she felt—he could feel it too.

X-rays were taken. She had to hold a plastic tool in her mouth to make sure the clearest photo could be taken. The tech helped her wrap her mouth around it. It was a strain to hold it in place, uncomfortable. The sensation felt like how outer space once did—how it once felt to try to make sense of it. When her third grade teacher, Mrs. Thuotte, confirmed that the sun will eventually die, she vomited on the circle rug.

Her mother sat in the waiting room, fidgeting through a magazine about stars, where they go and what they wear. She was a woman who was too proud to ever buy her own subscription but leapt right into its pages at every opportunity, waiting in line at the supermarket or at Supercuts. She would report back to her daughters the information she learned—velvet hairbands are making a comeback, I thought that Kate at the Globes looked like a classic beauty, matte is in—but the way she said it all stilted and simple made them laugh at her.

Dr. Mitchell called to her—“Mrs. Burns?”—and reflexively she tried to cover the magazine in her lap with her handbag. With some discrete shuffling, she hid the magazine, pushed it to the bottom of the pile. Together they walked into the room where her daughter sat on an examination table, beside backlit photographs of bone. Dr. Mitchell sat, relaxed deep into his chair as he explained.

“Well, I have taken a look at Laurel’s jaw, and what’s happening here is that Laurel’s jaw is overworked. Overworked in the sense, she’s using it wrong. Which is making this disc here,”—he paused to circle an area of the x-ray with a laser pointer, which seemed a clear cry to Laurel that the man had a laser pointer and wanted to use it—“deteriorate.”

The word dropped into the room harder than he meant it. It was a word Laurel and her mother both understood as it will get worse, which was not something either of them could handle at this moment—worse.

He explained that it could be helped, and needed to be helped. He explained the solution as physical therapy. Laurel’s mother quickly asked if insurance covers physical therapy as it sounded like something unaffordable. He said that was a question for someone else. Laurel would meet with a therapist every other week. The pain she felt came from bad habits, like posture, like sleeping in the wrong positions, like pushing her jaw deep into her hand. The pain would go away but it was something she had to work at.

In the car ride home, Laurel was frustrated.

“Everybody has problems. This is yours” her mom said. Her mom was quietly happy that there was a problem with a treatment. Unlike her other daughter, whose habit of shoplifting seemed wild and boundless and definitely illegal, and had no real solution.

Laurel, still in bed, was worried now. Hours had passed. The stretches she recalled from the lessons she learned to make her jaw relax were not working. Her jaw was shut and wasn’t willing to open. She reached for her cell phone to text her boss. How best to explain? Something has come up, I won’t be able to come in today. No lie there. She could be fired. Always a possibility. But there were other places that needed dispensable people—she was sure of that. She tried to speak. Sound lingered all around her mouth but was shut in, trapped by its own mechanics. It lacked those edges that words required. Well, no words for me today, she thought, and found herself relaxed and somewhat pleased with such an idea.

Laurel was a talkative person, described as outgoing by most. It made her good at what she did which was retail. But, in truth, she had come to regret at least ninety percent of what she said on a daily basis. She felt consumed by her own blathering. She wasn’t convinced by any of it. She started to use stock stories and phrases to imitate a story of her life that felt authentic. This helped. Stories and well-placed words that held an easy sort of sadness, all lit up with a New England sense of humor, told in plain speech and good timing that depicted Laurel as genuine. But when she was pushed off-script, which luckily didn’t happen often, she wanted to die.

She pushed off her sheets, grabbed a pair of jeans from the floor. The sunlight cut through the apartment like a knife and she sensed the day’s possibility.

Those days at The Center for Facial Pain always left Laurel feeling luxurious. Sessions began with hot pads, followed by massage, then lessons and exercises. After the massage though, Laurel’s brain was useless, hypnotized by her floating jaw—that’s how they told her to think of it. Really, it just sits there, just floats. You just need to allow the jaw to do its job, her technician Barb told her, while miming an exercise called the goldfish mouth. It seemed ridiculous she had to learn how to open and close her mouth—what idiot needed help with that? She wasn’t convinced that she would ever take to the exercises, ever break those pesky habits. Couldn’t she just naturally float? How hard are you supposed to try at these things?

She consciously wrote off the problem when she left home, five, almost six years ago. It became something she was capable of enduring and forgetting, so she did. But every now and then, Laurel’s jaw would click when she yawned or when she made a large, animated expression, but it was a silent, internal kind of click. It was inevitable, that she’d wake up like this. Locked in or locked out, she was not so sure.

She wondered about coffee, if she could crack her lips just enough to let it in. She moved the kettle to the stove, and waited for it to boil. She thought then of all the times she was told she didn’t apply herself enough. Teachers specifically, all those teachers who thought they were providing her courage and insight. If you’d apply yourself more, you would be able to write beautifully; if you’d apply yourself more, you’d easily make honor roll, get into an out of state school. They meant well. She knew that. But what the fuck use is that? Isn’t that true for everybody? But something about those words now made her think. She mixed Folger’s into her mug of hot water until the particles disappeared, then brought the mug to her lips. It didn’t work—she made a mess of it, all on her shirt and the counter top. She barely could take it in, even though she was thirsty for it.

She got a rag for the counter and turned the radio on. Some talk radio show that happened in-between the Billboard Hot 100. The hosts played a game. They wanted women to call in and try to talk about a given topic for forty-five seconds without interrupting themselves with ummm or like. There was no prize, but women called in anyway. DJ Brad Turner said to the women about to start, “It seems impossible.” The woman said she was up to the challenge. The topic he gave her was movies. She lasted only six seconds before she lost control. Ummmmmmmmmmmm then she disappeared and a young, pop sensation replaced her sounds.

It was singing that started this whole thing. The choir group, the one that anyone could get into if they wanted, counted as a full class. She sang every other day for class, then even started to practice when she wasn’t there. Maybe she wanted to be in the group you auditioned to be in, where everybody was good and knew what they were doing. In the concerts, this group got to wear outfits. The girls would wear long, black dresses with a string of pearls. But it began to hurt, really hurt, every time she started to feel like she was getting anywhere, and she cried and screamed so loud that her mom asked her if all of it was worth it. Her mom was afraid of the hysterics Laurel could work herself into. Laurel said absolutely.

Her teacher, the director of both choirs, Mr. Murray, was a special person who listened to her one day after school.

“If it hurts, you aren’t doing it right. You have a very brassy timbre, and I can tell that you are forcing the sound out of your mouth.”

“How else are you supposed to do it?”

“You are thinking too much. Let the sound arrive.”

The music on the radio was a song she knew. She thought the song all the way through, imagined what it would sound like through her own throat. She imagined it full and easy. Realized. A sound with shape cast out gracefully into an orbit that would come back to her. This thought was enough.

The bath tub was full. The proportions would have to adjust on account there was so much water. She poured in all of what she had and took off her shirt. Her hands worked the shirt into a lather. She brought the shirt to the surface—stain still there. She worked it harder. Still there. Harder. Harder. And again. Still there. The soap and vinegar grew large, didn’t spill over, just grew taller and taller. It had begun to take shape, looked like a ship with a mast. She named herself Ol’ Lockjaw, like she was a pirate, some legend. She let go of her shirt, let it stink, and pulled her hands from the tub.

Something moved in her then, bounced like a wave throughout her mouth. It felt massive and loud, something rattling loose. She wiped her foamy fingers against her jeans, pushed her fingers into her mouth, and pulled herself like an oyster. There was something in her that wanted out. She heard her jaw crack like a felled tree. Her mouth—it opened wide, so wide it became the biggest thing in the room. It startled her to find that nothing alive came out.