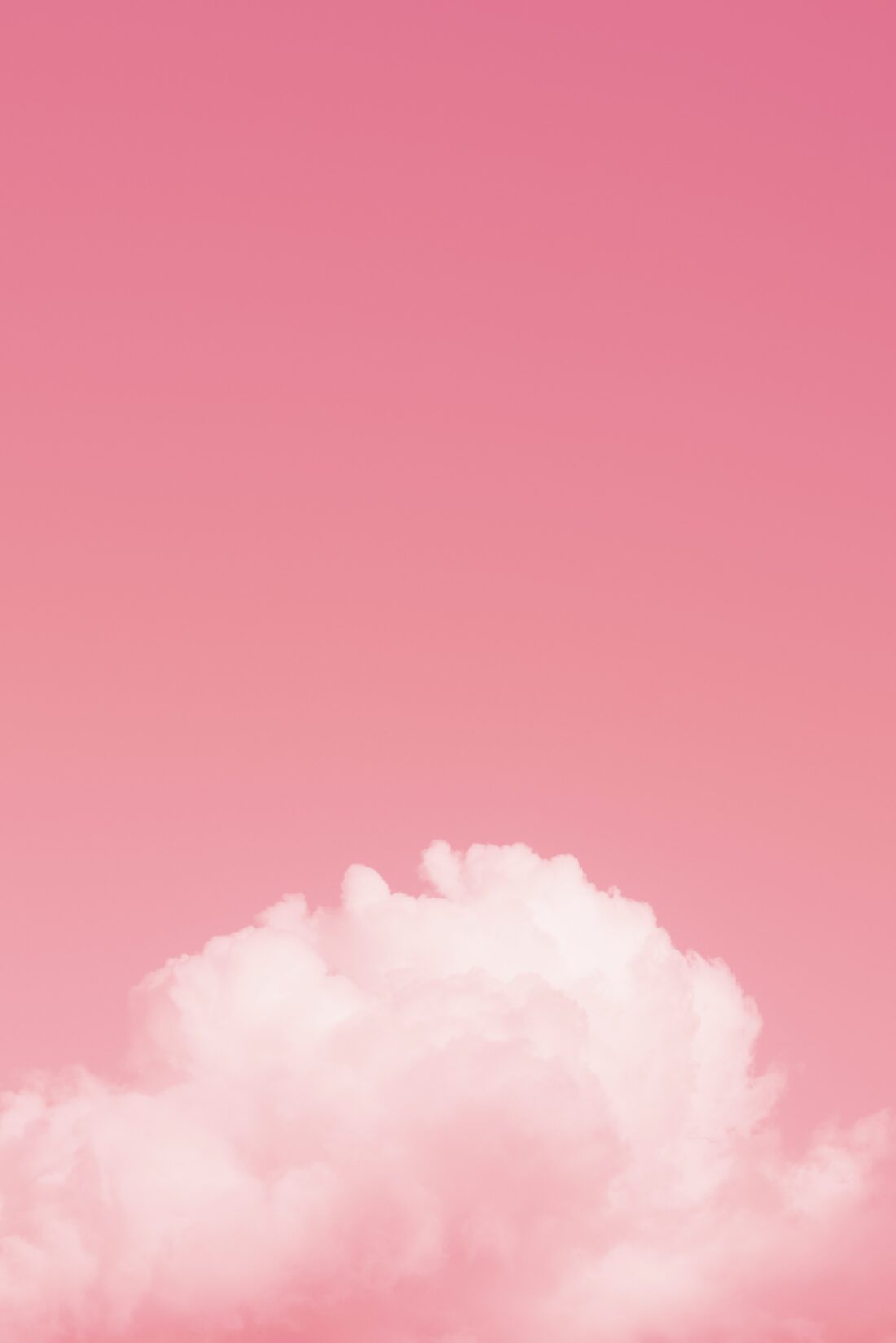 He undresses slowly in front of the window, as instructed. She’s in a second-floor bedroom in the house next to his, watching through binoculars.

No nudity, she says. Not yet.

They’ve discussed the scenario and he knows he is to obey her instructions. Their phones are on speaker, but he seldom talks, except to clarify something or answer a question.

He’s wearing a white t-shirt and white boxer briefs. He’s facing her, his heart beating faster than if he’d sprinted a mile.

Turn so that your right side is facing me, she says.

He turns and stands profile.

Take your shirt off. Reach both hands behind your neck and slowly pull the shirt up over your head.

He complies. His erection is poking the underwear out as far as it can be pushed.

Touch your cock, she says. But don’t remove your underwear. Not today. You thought it might be today. You’re so excited. I can tell by how big you are. Put your left hand in your underwear and squeeze your cock.

Nice, she says. Very nice. I’ve watched you grow up the last eight years. I had no idea such a small boy could have such a large penis.

His cock is oozing precum that leaves a wet spot on his underwear.

Do you know what spontaneous emission is? she asks.

No, he exhales. He can barely talk. He monitors his heart rate and it’s going at least two beats a second.

It’s when you’re so aroused that you come without touching yourself. If I tell you to take off your underwear, do you promise not to touch yourself, so I can stare at your cock and say things that will make it come?

I won’t touch myself.

Good boy. Pull your underwear down in a way that makes your hard-on flop out. I want to see it flop up and down.

He does as told. His cock flops up and down a couple of times, then maintains an almost vertical position.

Beautiful, she says. I’m guessing at least seven inches? Inches are important to you creatures. Seven is a good number. Perfectly proportioned, too. Some cocks are too thick. Some are too thin. Yours is perfect, with a slight curve.

Now stretch your arms out to each side and pretend you’re shackled to a wall.

He does as told. It’s easy for him to believe he’s shackled to a wall.

You’re in my basement, she says, naked, strapped to the wall. People—men and women—come in to inspect you. I permit them to kiss the tip of your cock, but no sucking or stroking. You’re a specimen on display, do you understand? A piece of art. Living art. Your reward is the fact that it gives me great satisfaction to watch your perfect, unused body in a state of arousal, on display. Do you understand what I’m saying?

Yes. What else am I saying?

How does that make you feel?

His cock is throbbing so hard he wonders if she can see it moving with each heartbeat.

Tell me. What do you want me to do.

Strap me to the wall.

Why should I do that?

Because…it would please you.

Then you understand. Have you followed my instructions?

When’s the last time you masturbated.

Tell me what your cock feels like. Without touching it. Describe what it feels like to have that beautiful, hard cock on display for me.

He’s strapped to the wall, blindfolded. He knows she’s staring at him, admiring him, and this turns him on even more. He tries to speak.

There’s…there’s pressure inside. It’s hot. It feels like it’s made of steel.

If you were here I would slap your face.

He doesn’t understand. Why does she want to hurt him?

I bet you’d like it if some cheerleader was kneeling in front of you.

He thinks of Cassidy Rourke, not a cheerleader but he’s seen her in a swimsuit.

The truth. Always tell me the truth.

Are you going to tell me or do I put away the binoculars and close the curtains?

Tell me. I won’t think you’re weird. Or maybe I will. It doesn’t matter. What matters is that you tell me, do you understand?

Did you now? It’s certainly long enough that you wouldn’t have to strain to get it in your mouth.

I only got half of it in my mouth.

He’s afraid to tell her.

And what was that like? Did it turn you on?

Tell me, Bobby. If you don’t tell me the truth, it means you don’t trust me, and trust is the basis of any relationship.

He’s falling in love. He loves her. He’s always loved her. He remembers when she and her husband moved in next door…he was only seven…a pool party in his backyard welcoming the new neighbors…she was so pretty the way she smiled and talked to him. He felt safe with her. He was new in the neighborhood too and didn’t have any friends. Maybe she sensed his loneliness. But no, it wasn’t that. She liked him. She always smiled and waved. She made him feel safe, accepted. She understood him.

It was weird to feel it coming in my mouth.

But you liked it didn’t you.

He knows she’s given blowjobs–(not that she’s said so)–and he knows she knows what it feels like.

I want to come in your mouth, he says.

But you liked it didn’t you. What did it taste like?

Weird. Kind of gross but I…yes, I swallowed it.

Why did you swallow it?

Am I wrong or is your cock even bigger and harder now that we’re talking about this?

Stroke it, Bobby. Get it all out.

She moans again and tells him not to turn away after he finishes coming.

This is important, Bobby. Do not turn away. Stand naked in the window. Stay there.

He’s ashamed. He’ll tell someone about his perverted neighbor and have her arrested. But he’s guilty too. Not legally, of course–he’s a minor–but these conversations and exhibitions have obsessed him for the last seven weeks. Every Wednesday at 4 pm, when her daughter is at tae kwan do followed by dinner at a friend’s. Mrs. Gardner has two hours free every Wednesday, and his parents wouldn’t be home until 6. Her husband? Not home til 8. Every Wednesday, he waits for her phone call and instructions. He knows he can’t turn her in because he enjoys the sessions too much himself.

What are you thinking, she says.

Define bad, he thinks. He can’t think. He knows he’s naked, that’s all he can think.

He turns and faces her. She takes the binoculars from her eyes.

What do you see, she asks.

You’re pretty. Can I put my clothes on?

No. Not yet. Soon, but not yet. Stay there and keep looking at me.

She’s sitting on a chair at the window. She pushes the chair back and stands.

How much of me can you see?

From the bottom of your shorts to the top of your head.

I’m 30 years old. You should be with a girl your age but instead you’re with me.

Can I put my clothes on?

Not yet. Trust me. This is important. Keep watching. Stare at me.

He sees her pick up the binoculars to look at him, then she tosses them aside and in one quick motion grabs her t shirt at the bottom and pulls it up over her head and drops it. She unbuttons her shorts and lets them fall.

What do you see?

What am I wearing?

He wants this to end but he loves her. She needs him.

Do you think I’m attractive?

He can’t lie. She is attractive. Her brown hair is past her shoulders, parted on the side with bangs across her forehead. She’s an inch taller than him. He’s getting hard again.

His cock is growing. The longer he stares the more beautiful she becomes and the bigger his cock grows.

Tell me exactly what you want. Say it.

I want to see your tits.

I’m dying to see your tits. His cock is three-quarters erect.

Well, I don’t know if I should let you see them.

Take off your bra.

He just came five minutes ago and his cock is hard again.

I have a hard on, he tells her.

From looking at me?

Reach behind you and unfasten your bra and let it fall off.

Do you know why it’s ok?

It’s ok because it’s you. I would never let another man order me to take off my clothes. Only you.

She unfastens her bra and lets it fall to the floor.

Take off your underwear.

She massages her breasts with both hands.

Do you know what I am, Bobby?

He’s confused. Is it a trick question?

Yes, but that’s not the answer I wanted. Do you know what I am?

Will we ever meet in person? I mean…naked, in person?

She lowers her blinds and closes the curtains. He stands at the window, wondering if she’s watching through a slit in the blinds. He hopes so. He stands there and strokes his cock until he comes a minute later, then he closes the blinds and gets dressed.

He feels hollow. A loser. He runs from his house at a sprint until he’s in the woods behind school, a good seven minutes. He lays under a tree catching his breath, looking up at the sky through an opening in the branches. He takes out his phone and starts to text Buddy, but stops. He can’t tell anyone. She never once told him to keep it a secret. She trusts him. He loves her and would never tell anyone. She needs him. She’s sick and needs him. Or maybe he’s sick and needs her. Or maybe they’re both sick. Or maybe neither of them is sick, the rest of the world is sick. He starts to text her but doesn’t send. The text read “do you love me?” But he doesn’t send.

“You’re a smart boy,” she always says. “Smart and beautiful and perfect.”

He knows what she means by that. He deletes the text and daydreams ahead to her next phone call. He doesn’t know if he can wait a whole week. He gets up and walks home. He feels like people are watching from behind their curtains and it makes him want to hide. Two older boys from school drive by and call him a homo. He wants to knock on her door but he knows that would upset her. He wants her to hug him. He can’t tell anyone anything. He’s in love with the most beautiful woman on the planet but he can’t tell anyone.

He goes back to his bedroom and cries into his pillow.