GET OUT OF THE VAN 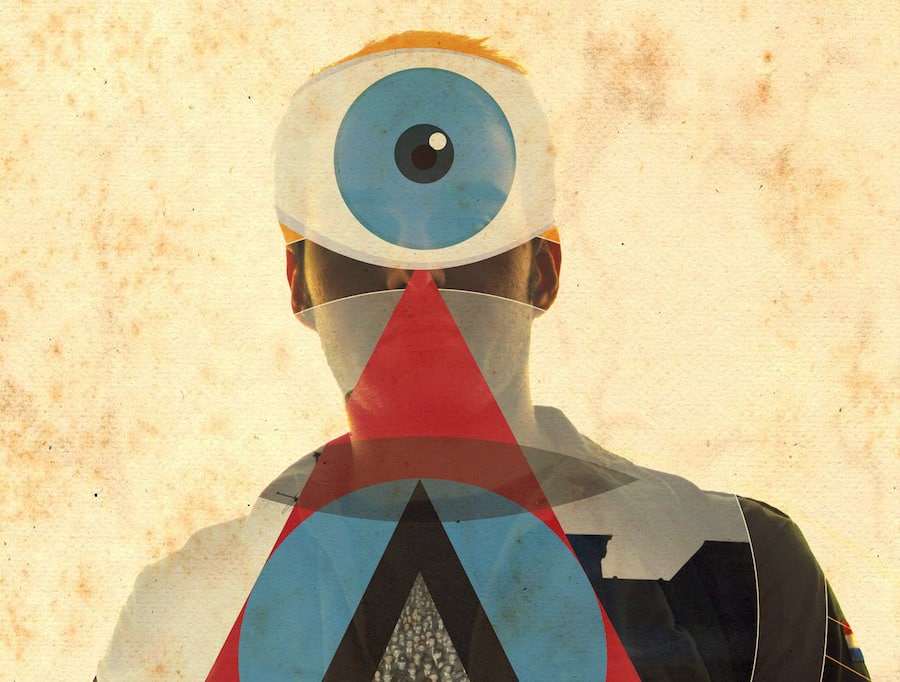 GET OUT OF THE VAN


My mother swears that she despises talking on the phone, but it’s often hard to get her to hang one up. Her voice echoed in my left ear, rain dancing on the tin roof flooded my right, the sounds converging in my temporal lobe. The roof was slanted, and the way the water slid off the sides created a thin veil between dry and wet. My mother asked if I was able to pay my portion of the phone bill this month – originally a joint effort between her and myself, but it was rare that I actually paid my share.

“Sorry mom, it really depends on how these next couple of shows go. If the money’s good, I should be able to help out.”

She was disappointed, but understanding. She knew this lifestyle was temporary, she just prayed my quality of living was as well.

I told her we were going to San Diego, Los Angeles, and Berkley this week in an effort to boast – hoping she’d envision me on boardwalks, boulevards, and California beaches. What I didn’t tell her was that we’d only be seeing the smoke-filled bars, downtrodden clubs, and legion halls of the state. We had been to these places a handful of times, but never actually had the opportunity to explore them. We were not seeing the bright lights of utopia, only the darkened corners.

“Hey,” a voice spoke in my direction as I placed my phone back in my pocket, “you’re staying with me tonight, right?” I glanced up and saw one of the venue’s load-in staff standing before me, his shoulder-length amber hair branched out around his shoulders, neck, and upper back like an overgrown vine.

“I talked to Ted, he said you guys were. I couldn’t remember if you were with them or not. I have three couches at my house.”

That makes sense, I thought to myself. Ted steers the ship. Ted also usually takes a couch if one is available. He’s been living this life the longest, and playing the seniority card just as long. The other guys listen to him, so I follow suit. It was their band, after all. I’m just filling the void left by the last member, who jumped ship to start basic training.

“Well,” our host flicked the ash from the end of his cigarette, exhaling smoke and words, “if you guys want to see some sick nature, there’s a gorge right by my house. A lot of bands really dig going to it.”

My eyebrows lifted and my eyes widened.

Back home, I’d often get lost in nature. I remember coming across this quote in a textbook about environmental preservation; every man needs beauty as well as bread. That quote had nestled itself into my memory and hibernated there. When you spend most of your day in a house, or a van, or a bar, it really helps to get out and remind yourself how fantastic the world can be. That’s how I ended up at a shoddy tiki bar in a desert town in Arizona, a yearning to see the hidden splendor of the country.

I stepped back into the venue, hoping to catch a quick bird bath in the restroom before we made our way out. Opportunities to shower were few and far between, so we made due by shampooing in sinks. After a quick wash, I pulled my toothbrush from my bag. I took the bristled edges to my teeth, the toothpaste invading each crevice. I spit, filling the sink with frothy white and peppermint red. I hadn’t been flossing enough and it had showed, as I watched discarded toothpaste and blood circle the porcelain like a liquid candy cane.

I stepped out of the bathroom just in time to have the promoter of the show slap an envelope against my chest, the night’s pay tucked inside. It wasn’t a great night, but it was enough to get us to the next place. That’s all that mattered, it wasn’t about making money, at least not yet. It was more about making an impact; leaving an impression on the show patrons so they’d want to come back with friends in tow. The music industry is basically one big creative pyramid scheme, when it boils down to it.

Outside, the rain had ceased. Everything now carried a thick, damp coat, including the towel I’d placed on the roof of the van to dry out. It was only natural that it would rain in Arizona the one day I desperately needed to be in Mother Nature’s good favor to finish my laundry. My hair was still dripping from my wash, dampening the neck of my shirt. The lion-maned bar employee pulled up beside the van in an off-white Nissan sedan that was likely old enough to have voting rights.

“Alright, you guys just follow me. We’re going to stop by the gorge, and then we can head back to my place.”

I pulled my towel from the rooftop and walked over to the grass to wring it out, hoping to soften the blow a bit. It wasn’t going to be dry, but at least I could make it dry enough to not dampen the rest of the clothing in my dirty laundry bag.

“Get in the van, we’re leaving.” Ted’s voice asserted in my direction. I abandoned my efforts and made my way towards the vehicle, wiping my hands as dry as I could.

Light was scarce on the backroads of the desert. Brock was driving, one hand on the steering wheel, the other on an iPod, anxiously turning the wheel back and forth to select a song.
Brock patiently followed the set of brake lights through the barren stretch of land, the lights veered right, finally pulling over at a shoulder on the highway. Brock pulled the van right up behind him, putting the vehicle in park as our tour guide’s smile glistened in the car’s headlights. The engine’s gentle hum slowed and soon stopped as Brock twisted the key and removed it from the ignition. The van became illuminated by the overhead light as Brock opened the driver’s side door. Empty fountain drink cups littered the floor of the vehicle, and a bag of potato chips had been spilled, dumping crumbs onto the van’s gray carpeting. The speckles of starch looked like stars in the night sky against the drab grey flooring.

A small, cherry-colored glow appeared in the dark as our host lit a cigarette.

We followed behind, Brock checked his phone but was disappointed to see what little service we had encountered at the bar was long gone. Dennis was searching his pockets for any loose cigarettes. I was counting my steps, listening to the crunch of the crimson earth beneath my feet.

We approached the edge of a canyon and one by one lined up to peer over the edge. Although it was dark, we could sense the nothingness that lay before us. A few of the guys shouted obscenities into the canyon, listening to the crater repeat the foul words back to them. I heard a different voice; a familiar, beckoning voice. The voice you only hear when you’re standing on a ledge, or on a train platform as the engine approaches. I harked at the sound of the flirtatious, siren-like voice, singing one word endlessly: jump. The cliff beckoned me closer, so I took a step towards the edge.

The dirt beneath me gave way, and I stumbled backwards. I caught myself before it became fatal, and repositioned my footing, stepping back from the gorge.

“You okay kid?” One of the guys asked.

“I think so,” I took a deep breath, trying to make sense of everything. “Yeah, I’m fine.”
I stared out into the darkness again, keeping a safer distance this time. I tried to find an explanation for my foolishness but no answers came. There was something alluring about this abyss.

“This is amazing. I bet you love living here.” I said to the long-haired stranger, envy tracing each word.

The kid flicked his cigarette into the gorge and took a breath.

“Nah, it actually really sucks man. I want to move, or do what y’all are doing. I feel like you guys have it made.”

“Yeah,” I gently nodded, as if the soft, steady wind had forced my head to bobble, “I guess we do.”

I took another look out at the horizon, my lips parted and dry. My eyes shifted up towards the sky, then back down at the canyon. The moon was illuminated, with a number of large, dark spots where the more prominent craters were. The man on the moon looked as if he had a black eye. A small cluster of stars were out, spread almost carelessly across the night sky, like darts thrown sporadically at a board, or potato chip crumbs on the floor of a van.

I kicked dust with my shoe, sprinkling dirt into the cuffs of my jeans. I took this gig to explore, to see all nature had to offer, and I can’t tell you the last time I saw a plant. I don’t mean a tumbleweed or some dried desert staghorn, but an honest-to-God luscious green tree. And the guys; Brock, Dennis, Ted. The guys are all well and fine, but we’re not friends. They’re all friends with each other, but not with me. I’m an employee, a hired gun.

“Yo,” a voice pulled me from my train of thought. “We want food, get in the van!”

I looked back and saw the rest of the crew waiting, the van’s rear passenger door hanging open, Ted beckoning me towards the vehicle, but I no longer saw Ted.

I turned from the gorge and walked back across the desert in the direction of the van. A thought that had previously hibernated in the corners of my mind awoke, yawning and stretching itself across my brain. Its nails scratched the inner edges of my skull. It liberated itself, and it liberated me.

Every man needs beauty as well as bread.

Tucker Leighty-Phillips resides in Lancaster, PA and studies at Harrisburg Area Community College. He is a 2015 recipient of the Academy of American Poets College Prize and reads for The Adroit Journal. He is also a former road crew member for a number of incredible bands.