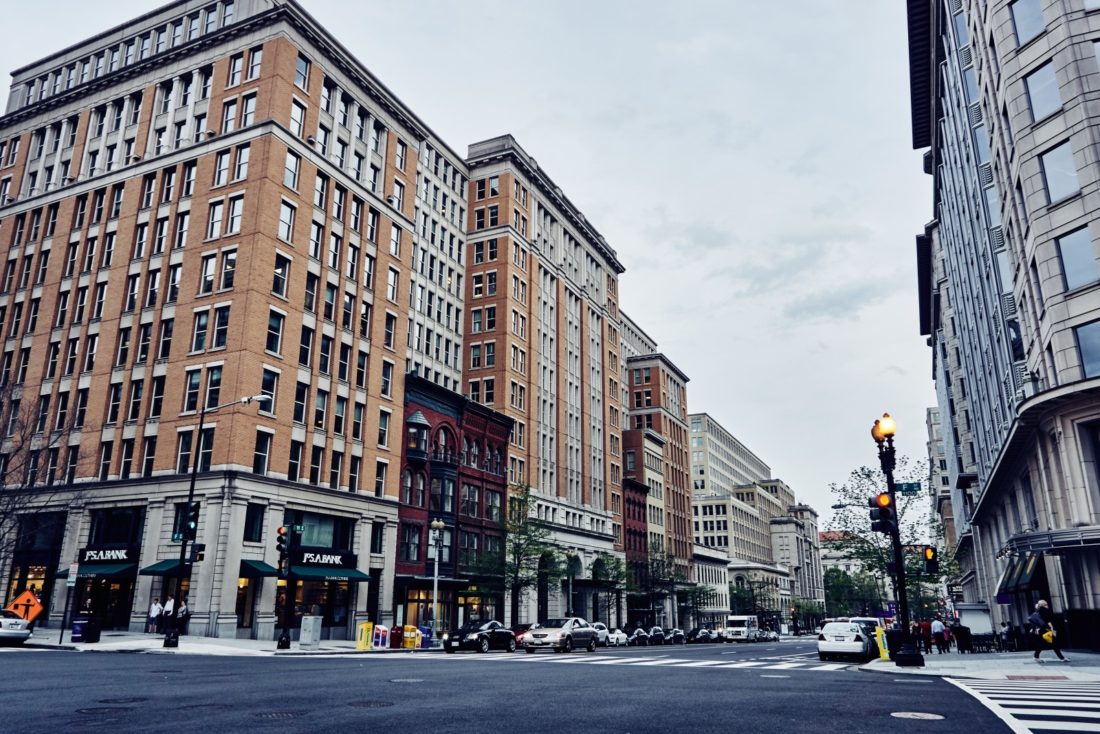 Jack wakes up. He looks out the window of his DC apartment. Eastern Market. He’s got a decent job as a legislative aid for his congresswoman from his home district back in Utah. It’s mid-February, and it’s snowing heavily, a rare occurrence for DC. No sunshine. The sound of cars driving by. Just a couple though. It’s only 7 am. Didn’t hit the snooze button today, minor victory. Jack is proud of himself in an abstract way, he doesn’t actually feel good for waking up, he just knows he’s done something good for himself. He actually hasn’t been feeling anything for a while now. Should go shower and get dressed, Jack thinks. His roommate is still in bed. Jack gets in the shower. Heats up quickly. Running hot water, so taken for granted, Jack thinks. Pantene 2 in1 shampoo and conditioner. Green apple flavor. Washes his blonde hair, his 6 foot 1 frame nearly touching the shower head. Gets out, dries off. Quickly brushes his teeth, 50% effort. Put on clothes. Sock tie? No, I wore a sock tie two days ago, can’t get away with being too informal 2 out of 3 days, he thinks, even though in reality it would be totally fine. Throws on a blue button-down shirt. Can’t wear a white shirt. Tattoo on right shoulder blade visible through a white shirt. Unprofessional. Especially on Capitol Hill. Throws on his North Face coat and boots. Dress shoes in the drawer at work. Puts in his headphones. New Ty Segall album blaring. All dressed, ready to go.

Jack walks out the door. 7:40. Makes his way to his favorite café in Eastern Market. Peregrine Espresso. 5 minute walk. Enters the café. Well-lit space. Warm. Jack says hi to the barista. Her name is Karen. She works most weekday mornings and knows what Jack wants.

Jack and Karen have similar music tastes and often talk about music, normally when she’s making his drink.

Jack then went to sit at his favorite table in the corner of the café, overlooking the whole space. It’s normally free in the mornings. Not too crowded. Plus most people head to the Starbucks down the road instead of Peregrine. The troubles of being an independent coffee shop.

He took a sip of his espresso. No sugar. Acidic. The croissant provides enough sugar for the morning. Buzz from the espresso will set in, give it 5 minutes.

This is normally the time where he’d step outside for a morning cigarette. Light blue American Spirits. But he’s gone 3 days without smoking. A little over 3 days actually. 81 hours to be exact, but who’s counting. He downloaded a cessation app and everything, documenting his cravings, learning triggers, seeing the positive effects of not smoking in real time (your breathing should be back to normal by now! In 5 hours all nicotine will have been expelled from your system! Etc.). But damn, Jack would love a cig right now.

Jack started smoking when he was 19. He met some friends in college in Philly who were artist, intellectual types, a common smoker demographic. Jack was recruited to play baseball, but a shoulder injury ended his career. Labral tear. Tough to deal with that. He’d been playing, primarily as a pitcher, since he was 9.

So he turned his attention to books, art, and study. He went to shows, listened to punk rock, and some avant-garde electronic shit. He met some of his close friends at a show, who got him into smoking. He smoked about ten a day during that second semester of freshman year. He liked the buzz and the feeling it gave him. It was eminently alluring and seductive. He got carried away. Addicted. It became a part of him. He needed it for rational thought. Relied on it to control his moods. Makeshift mood stabilizer.

He quit that summer, not without difficulty and delusion. It felt like a mutilation. He had to fill that void with something stronger, but mostly he’d just lay in bed to pass as much time as possible. Get closer to quitting. But in July he started to rock climb. Bouldering. No harnesses. He found a gym in a Salt Lake City suburb. Climbing made him stronger. He quit smoking. For the first time, anyways.

He was much more cautious around cigarettes when he went back to school that fall. He’d only bum cigarettes from friends, on weekends. He’d only buy packs for finals or midterms. He was right on the edge of being a smoker, one foot in, one foot out, enjoying them when he did smoke but not letting them become a part of him again.

And that’s pretty much how it went throughout college. Until that second year out of college, when he got this Capitol Hill job. That’s when he started buying packs again. He’d only smoke 3 or 4 a day, but he had both feet firmly planted in the “I’m a smoker” zone now. They became a crutch for him again.

A year and a half later, he’s trying to quit again. This time for real. He had been saying that he’d quit since October. He wrote a lot about his cigarette-related anxieties in the notes app on his phone.

This is your last one, then you’re done.

I can’t think abstractly when I smoke. Keeps me tied to the world without hope of transcendence.

And so on. He, on one level, had every reason in the world to quit, and he knew that, affirmed it. But on that level where addiction takes hold, he was helpless. The will was not a valid weapon against such an enemy.

Quitting smoking felt like a game to Jack. How long can you go without smoking? Smoking meant game over. And then you’d have to decide if you wanted to start a new game, try again. The endpoint of the game is unknown. But it’s supposedly an imagined better future post-smoking. In a sense, the game never really ends. But there are certainly various victories to be won, the rewards of which are hard to imagine at the beginning of the game. Jack’s currently studying for the LSAT, and one question mentioned a scientific study about addiction. One of the reasons theorized to make cessation of an unhealthy addiction difficult is that the benefits of stopping can only be dimly imagined at the start of quitting.

Minor cravings are like goombas, major cravings are like those koopas that throw hammers at you, and boss fights are when you’re in a situation where friends are smoking and you could easily bum one. Occasionally one of these situations is Bowser. These battles are where Jack normally stumbled. Addiction becomes a law of nature, water will flow downstream, and the only way to break that law is to rely on something outside of nature and its laws. Will-power needs some assistance. Channeling this kind of power is something Jack is working on. But that’s the problem with addiction: it makes the world smaller, cloisters you inside yourself, making it more difficult to be receptive to the outside and its forces. So he’d need blind faith to even get to the point where he’d be able to channel and rely on some external power to help him out.

Fast forward to Sunday. Jack’s weekend ritual: watching Liverpool. They are doing very well this season. 3rd in the Premier League. Just had a tough 2-2 draw with Tottenham last weekend. This Sunday they have Southampton away, at St. Mary’s. There’s a Liverpool bar in Adams Morgan. A good group of people gathers there to watch Liverpool matches.

These gatherings also happen to be boss fights in the quitting smoking game. About 10 of them head out to smoke during halftime each game, and Jack has bummed cigs from a guy actually from Liverpool, named Carl, countless times. And bumming one often leads to buying a pack. A slippery slope.

10;35 AM. It’s been a good first half. The Reds are up 1-0 and threatening for a second. Sadio Mané played a brilliant ball into Mo Salah, who slotted home in the bottom right corner in the 23rd minute. Liverpool dominate the final 10 minutes of the half but can’t get a second. The Saints still have a chance to get a result.

The usual suspects head out to smoke. Jack hasn’t smoked in 5 days. One of his best streaks. It’d be very easy to head outside and bum one. Carl is there. On the one hand, he knows he shouldn’t do it. He feels much clearer, despite the withdrawal symptoms. Breathing better. Maybe he’ll start working out again. Improve himself. On the other hand, he is so compelled to go outside. It’d feel great, but it would be game over. All that progress flushed down the toilet. He’s very conflicted.

Jack stands up from his seat. He is wearing a Roberto Firmino jersey. To the left is a cooler. He needs to refill his cup. To the right is the door leading outside to the smokers. Torn, he looks left and right. He starts walking.