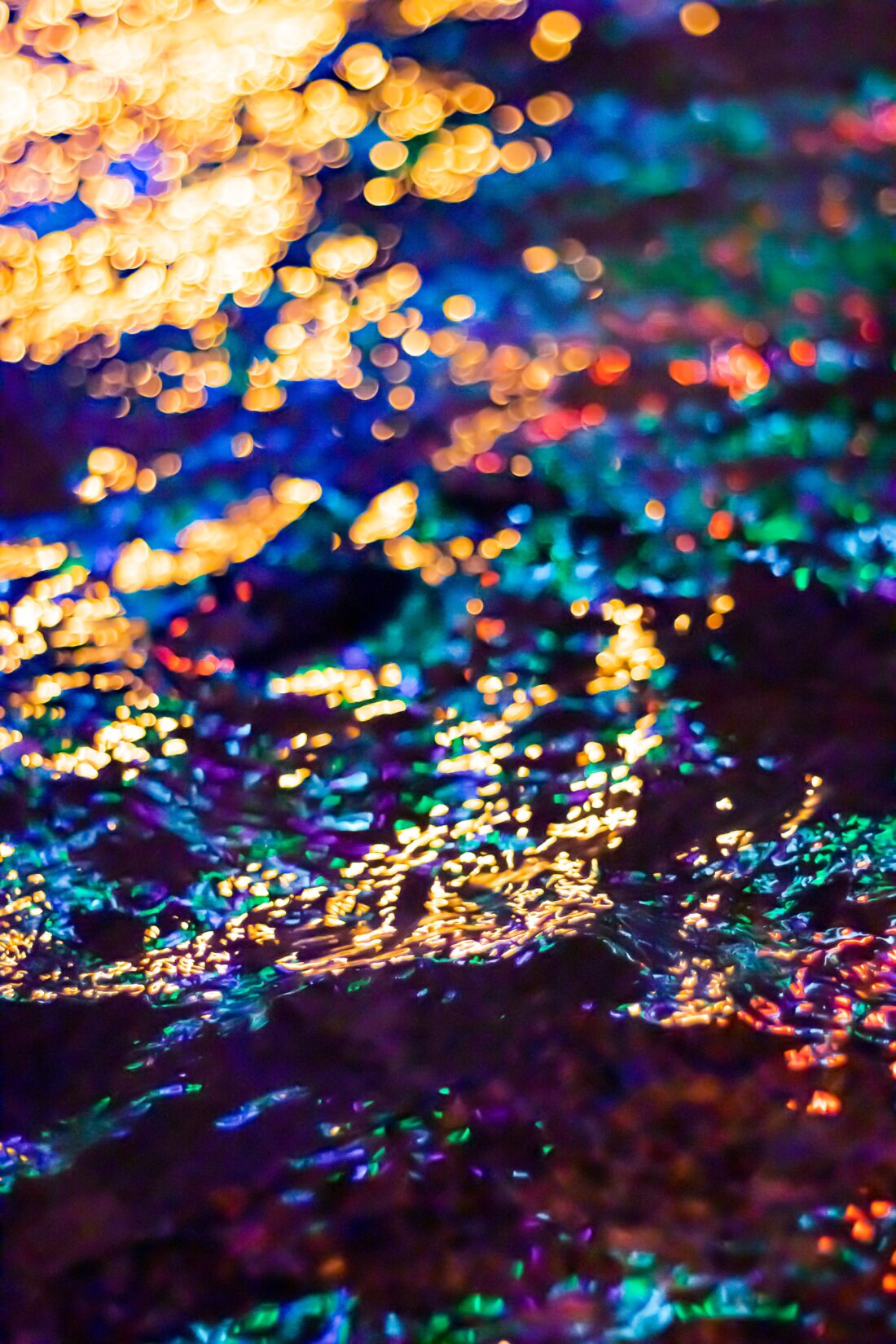 The landlord banged the door down, issuing his last ultimatum to Sylvia and Warren Snow. They were supposed to pay at least the previous month’s rent in two days or vacate the roach-infested apartment. The landlord had had it with these vagabonds and their festering needles and lies.

On this rather rare phone conversation with her son Chris, Sylvia absently rubbed the track marks along her left forearm, chewing on a yellowed fingernail and trying to calm her comedown jitters. “What are we gonna do, Warren?” she asked in an undertone. “Landlord’s not falling for any bullshit about a check in the mail this time.” Five-inches taller than her bald husband, Sylvia’s mother didn’t stop chanting that her daughter was meant to be great until she ended up in Warren’s “rotten company” at the age of seventeen.

The absolute shock came less than two minutes after Warren had stuck his head out of the door in the summer heat to make sure the landlord had disappeared. Sylvia hung up the phone and broke the news to him: the baby boy they had given up for adoption nineteen years ago had just hit the mother lode—the lottery. Twenty-six freaking million dollars? Were they hallucinating or what?

The Snows sobered up and left Naples a week later in a rental car for a trip to Southeast Florida to reunite with Chris—their biological son—on his lavish twentieth-birthday party the next day. Chris had told Sylvia he couldn’t have been merrier to meet and celebrate with them.

Warren was still rehearsing the big reunion speech in a muted rhythm behind the wheel in his orange-juice-stained tank top when a young Sylvia’s sexy voice woke him up. He responded to the recollection of that voice with a wide grin, exposing the slight gaps between his discolored upper teeth and thumping his palms against the steering wheel.

“Am I sure?” Sylvia had asked Warren, who was slumped on the old pee-stained couch with a rubber tourniquet tied on his right bicep. “Are you ready to be a daddy? Look at us, we’re junkies, for Christ’s sake. There’s no point pretending that we’re anything but junkies.” Warren got off the couch and rebuked, “That’s not true. The baby will be fine. Baby will be just fine. Just fine. Fuck! I’m not gonna give my kid to some fucking stranger!” Of course, his voice had always pleased her, but it was his touch she adored the most—the way his chest and six-pack abs pressed against her back on that fine, breezy afternoon. But when his fingertips contacted her little basketball-sized belly, Sylvia cringed to one side. She couldn’t have guided his hands fast enough towards her breasts instead.

They had seen Chris two times since the adoption. But Sylvia would never forget the last time, that Sunday afternoon when the wealthy couple from Palm Beach County had visited them: little three-year-old Chris in his All-Star Converse shoes running back and forth to her—so adorable. But it wasn’t just that Sunday Sylvia recollected. How could she forget that little trip to St. Mary’s the next day? Her mother had rushed out of the house following her as she ran barefoot towards the street, her light-brown copper hair, all disheveled. She did end up at the church, but instead of confessing to giving birth to a crack baby, she hallucinated on her back on the front pew, telling herself that she would attend the rehab again. When she returned home, her distraught mother had decided to kick them out of the house, tossing their belongings onto the cracked sidewalk. Her father came out posthaste with a used needle in his hand. “Is that what you were looking for?” he asked Warren. He then turned to his daughter and said, his voice harsher and louder, “Come here, Sylvia! Show me your arms if you think I’m full of shit, goddammit!”

Sylvia’s voice and image faded from Warren’s mind with the honking of a semi-truck that drove past them on State Road 869. They were now leaving Coral Springs, but they still had over two dozen miles to go. It was then that Sylvia woke up from her nap with gritted teeth and frightened; her hands flitted her face and clutched her seatbelt to see if she was still strapped in. Warren leaned back a little, sensing the fear in her voice.

“Let’s go back,” Sylvia said. She took a deep breath, cupping her face. “Let’s go back,” she reiterated. “We had this terrible crash against a tree. You–you didn’t make it out. Jesus, Warren, what we’re doing is wrong.”

“He invited us, remember?”

“I know, but it’s like we’re just doing it for the money. Doesn’t feel right anymore. Please stop the car. Stop the goddamn—!”

Warren interrupted her but continued driving, inquiring what she was talking about with the gas-station attendant who was hitting on her earlier. The young punk couldn’t stop smiling at her.

Sylvia didn’t want to prattle about any gas-station attendant. All she could think of was her son. What if he asks us or has already found out why he was given away? she kept asking herself. “I have an idea,” she said. “Why don’t we get clean first?”

“Just thought we could try to—”

“Shut up! Are you seriously talking about some goddamn rehab program again? Even if we did, do you have any idea how long this shit is gonna take to recover?”

“Let’s just go back. Please,” Sylvia said a third time. “Don’t make me beg like some—you’re making me sound like an old, crazy—”

Warren turned on the radio, rocking his shoulders to the first verse of New Order’s “Regret,” forgetting he was no longer in his thirties. He scowled at his wife, rubbing her collar bone soon after the chorus of the seven-year-old tune kicked in. Sylvia’s skin turned crimson as he touched her. Tears overflowed her eyes, as she leaned over to turn off the radio.

Warren slapped her hand away and accelerated the car. All he could think about now was the Hilton-Boca-Raton suites, where they had made reservations, where the big party was supposed to take place. They’d be there in no time, Warren told himself; they’d have a warm bubble bath, order a scrumptious little buffet, hit the beauty salon for a makeover, and everything would be just fine.

When the car halted at the last traffic signal, Sylvia unbuckled her seatbelt. Though the hotel was about a quarter-mile from there, it had yet to come into view. “Maybe you’re just not hearing me!” Sylvia said and opened the door. “I told you I’m not doing this, and I mean it! If you want Chris to see you like this, be my guest!”

Warren turned to her, puzzled and awestruck.

Sylvia mustered a deep breath and continued, “I’m getting help with or without you. That’s exactly what I’m saying. Enough with the excuses—you, all of it.” She stormed out of the car, slammed the door in his face, and strode away with nothing but her purse, leaving him paralyzed behind the wheel with vehicles now honking at him to drive on.