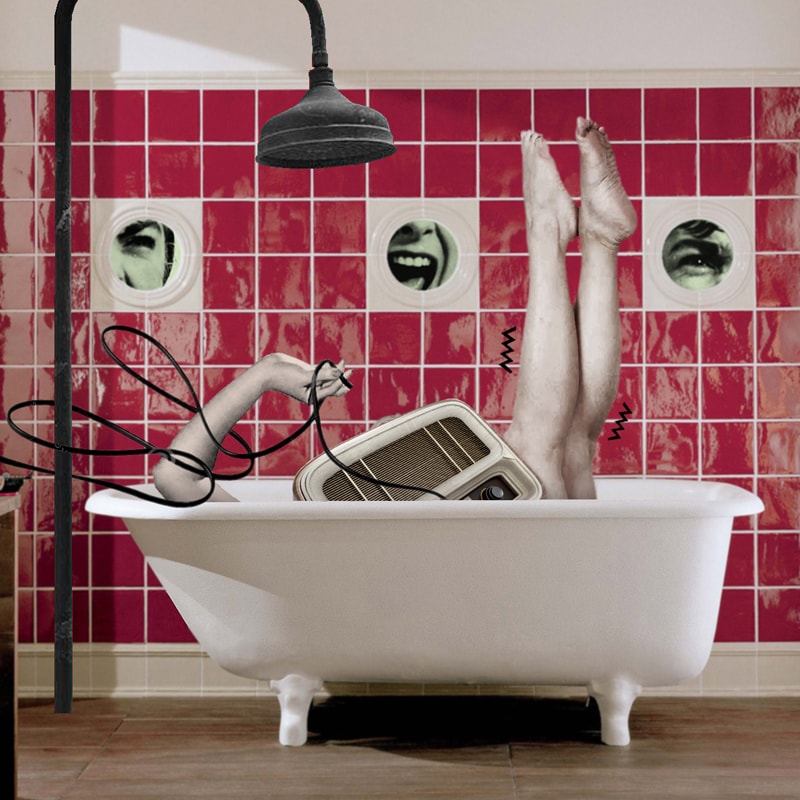 Used to hearing this, but I have the impression we’ve met before.

I bowed my head lightly & laughed. You’ve seen a photo, I said. Probably a photo.

I was in a hotel lobby’s bathroom, sitting on a toilet & writing, or at least trying to.

The room Eastern Michigan University had booked for me was superb; king-sized bed, two rose-petal desk lamps, mahogany wood, those cylindrical cushions no one ever uses but everyone likes to have, perfect in photos, a window with a view of the greens. But the walls were thin. The walls are always too thin. I could hear the person in the next room snoring. Snoring, farting, gurgling out a nightmare, likely a wet dream. So I’d retreated to the lobby to write, except all the bar stools were taken, crowded with wide-eyed women & men who were also on their phones, hunched over & smiling at something I could only imagine. Maybe writing their own stories.

A knock on the stall door & I decide to play dead.

What to do in a situation like this is play dead, or at least play as though you were never alive. Not at this moment, not now.

I imagine you are used to hearing this, but I have the impression we’ve met before.

I bowed my head lightly & laughed. The man standing outside grunted, coughed, bristled out the doors as my fingers found my phone again. I could see his brown loafers twist as he turned his hips. The message re-appeared on screen & above the words was the profile: an image of a woman in her early thirties, spreading her outstretched arms & smiling. She had dark blond hair & sand flowing through it, & her brown eyes were looking straight through the camera’s gaze, as though she herself were capturing the person who was taking the photo.

When people look at photographs do they also picture the persons outside the frame? I wondered. It can’t only be me.

And besides, I added, walking out the doors & into the lobby, its score of Fleetwood Mac & footsteps, & the ping of an elevator as I removed my finger from steel & hit SEND.

Chris Campanioni’s recent work appears in The Brooklyn Rail, Quiddity, and Prelude. His “Billboards” poem that responded to Latino stereotypes and mutable–and often muted–identity in the fashion world was awarded the 2013 Academy of American Poets Prize and his novel, Going Down, was selected as Best First Book at the 2014 International Latino Book Awards. He co-edits PANK magazine and lives in Boerum Hill, Brooklyn.