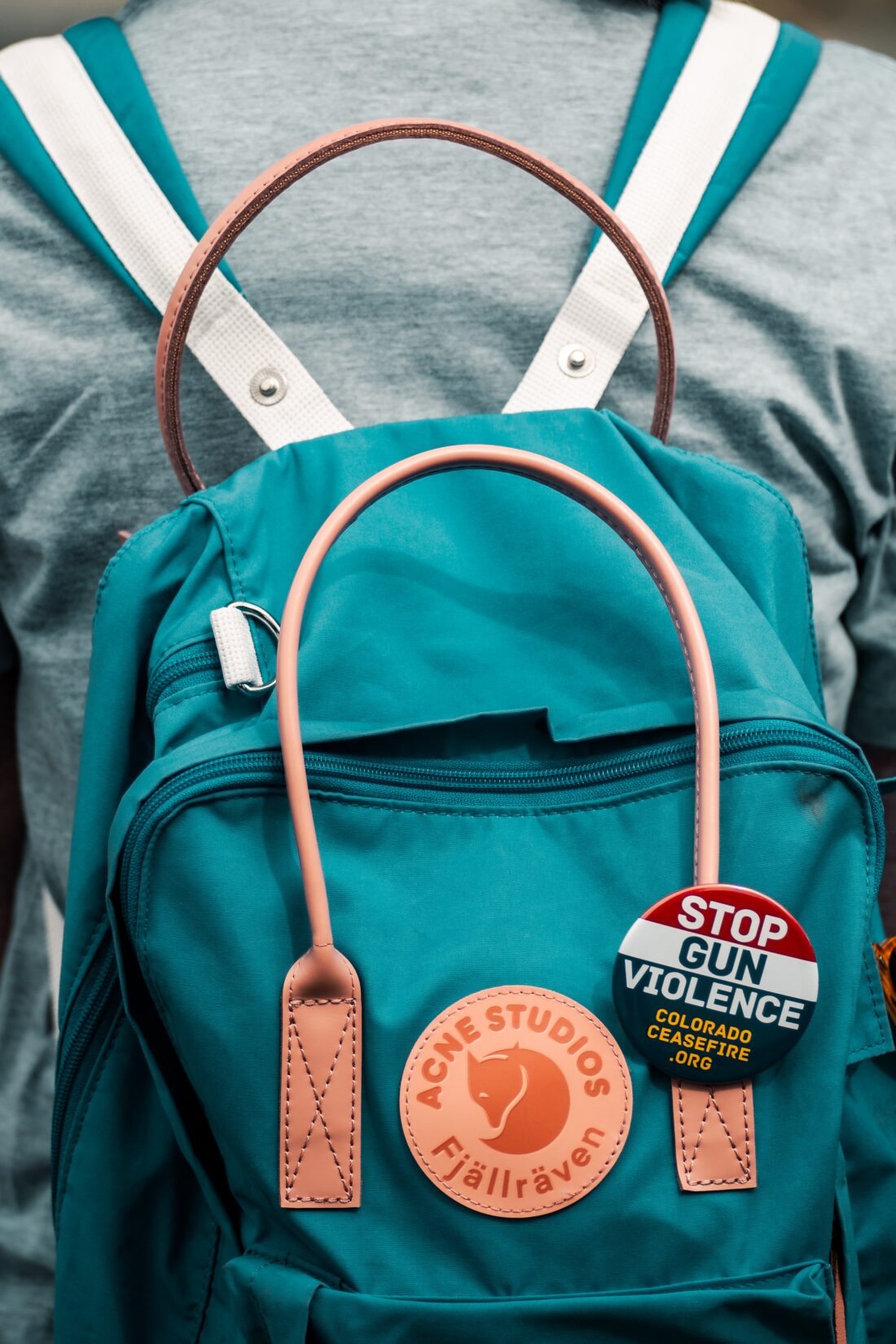 On this day 22 years ago news coverage about Columbine spread rapidly, and broadly. By the time the shooters exhausted all their energy from firing at their classmates and turned their guns on themselves, the killings had become a media event unparalleled in the history of mass shootings. Up until that day, no other shooting had reached a worldwide audience so virally or taken such a hold on the media. In 2021, we now look back at how that shooting shaped a generation of viral gun-related tragedies. Since that time over 2000 people have died in mass shootings. In the last few weeks alone this country has had 13 mass shootings, proving that this cycle of systemic violence is not going away. As long as there is an Incel with a gun and no gun control it will never end.

Children now have to do school shooter drills instead of regular fire drills. They’re told now to ignore fire alarms and wait to see if they smell smoke before rushing towards hallways. What was once awkward for Millennials to discuss, is now constantly discussed by the generation below us. And it is because they never lived in a world without mass shootings. It’s just part of life that they have been forced to accept and think about daily. I have sat on my family’s deck so many times only for conversations of the sort to be brought up. Things like: “Where would you go if there is a gunman?” or “Will you run or will you hide?” and “Where do you think they’re most likely to enter the building from?” Only after hours of talking about it will one of us will crack a dark joke to ease the tension. My friends and I relentlessly share the “Bad Luck Brian” meme about the Dark Knight Rises shooting, just to cope with our anxiety. My Gen Z relatives will go darker and say jokes like, “The Columbine high school basketball team hasn’t been the same since they lost their 2 best shooters.” Fucked up things like that to cope with their fear and for us to cope with ours. It was only up until my junior year in high school that shootings became a thing. At that point, it was viewed that Columbine was just a one-off. Things had gone wrong with those shooters and their families failed to prevent it. “Pumped Up Kicks” wasn’t a song yet and I had not known a single person in my life that was in a room where a gunman blasted in and killed indiscriminately. When I was 17 that changed. NIU and Virginia Tech happened. I was on a field trip to The Hemingway Museum when my class found out about NIU. Our teachers were suddenly gone and one was on the curb crying. A former student from our school had been murdered in their classroom. No one knew what to say other than taking guesses as to how it could have happened and why. When I got home, I helplessly turned on the news to learn more. And it was during that broadcast that I first heard the theory that if they had a good guy with a gun in that classroom, no one would’ve died.

It has become the default argument that Republicans and conspiracy theorists throw at us. It became such a cliché argument that movies like He Was A Quiet Man were made to prove just how insane of a theory it was. In that movie we watched a disenfranchised office worker fantasize about killing everybody he worked with, only for his moment to have been taken from him by another disenfranchised coworker who had the same plan. Luckily, our protagonist who was just waiting for his moment to kill everyone had a gun and was able to take out the shooter. No one could’ve guessed he was a killer. He was a quiet man. And at that moment he became a hero.

That movie was made in 2007. Now, in 2021, we have a book by Jeff Chon that covers the same subject. The same conspiracy theories. The same sad story but 14 years later. One would think that the idea that a guy with a gun would’ve been dismissed by such a long swath of time. But no. The same media and conspiracy theorists have become in love with saying and not out of protection for the innocent people in this country who face death daily. But out of protection for the guns, they cherish far more than human lives. Hashtag Good Guy with Gun hammers this idea with the same dark satire that I’ve said previously helps us cope with the inevitability of our death by shooting.

I’ve been told that this book is being released at a timely point in the narrative of shootings in America. I argue that this book is simply timeless. These believed conspiracy theories have existed now for decades. True they have been ramped up by the mere existence of the internet and Trump supporters who gather online to discuss the liberal media and believe in wild theories like pizza-gate and call themselves Incels. It is those people that Chon jabs at. The ones who have become so wrapped in their forums that they even know what the truth is anymore. So what is Hashtag Good Guy with a Gun specifically about?

A “good guy with a gun” stops a mass shooting by shooting the would-be offender. Our “good guy” is named Scoot Bonneville and is a shunned teacher. He is labeled as a hero, but what the public doesn’t know is that their “good guy with a gun” walked into that same place with disturbing plans of his own, cultivated from the internet where those Incels gather to discuss urban myths, conspiracy theories, and deep-seated delusions. He was a careless man who sought out validation from the same people who shunned him. Like most shooters and even plain murderers like the Unabomber, he sought that validation by the use of terror and overwhelmed his mind with a barrage of self-loathing.

It is a dark satire that is needed now more than ever and would’ve been nice to read decades ago. Again, timeless until the problem stops. It mocks resentment that radicalized men feel towards the rest of society that doesn’t give them what they believe they deserve. But don’t take all of these big ideas and contemplation as moralistic. At no point, while reading this novel did it feel overbearing. It addresses a shadowy and foreboding subject but to cope with it he uses humor. He takes us down a rabbit hole so that we can view these ideas from a comedic lens. It is dark satire at its finest. It is a commentary about our society that feels like celestial comedy that we must embrace to survive each day. It is a pleasure to read that just happens to be about things that are terrifying. Chon gives us more than a glimpse of how the internet turns meek men into killers and how the media perpetuates the conspiracy theories that they thrive on and use as reasoning for the violence that they commit. It an ambitious subject that Chon navigates with verve and respect. It is a novel that is both cogent and hilarious. Read it. Smother yourself with the ideas and the absurdities that it addresses. Shockingly mirthful. Ambitiously essential. Wildly quotable. Jeff Chon has given us a novel that must be consumed for our own sake. This black-hearted satire is the kind of novel that most dream they can write. For now, we can at least just read it and marvel at how hysterically nervy Jeff Chon can be.