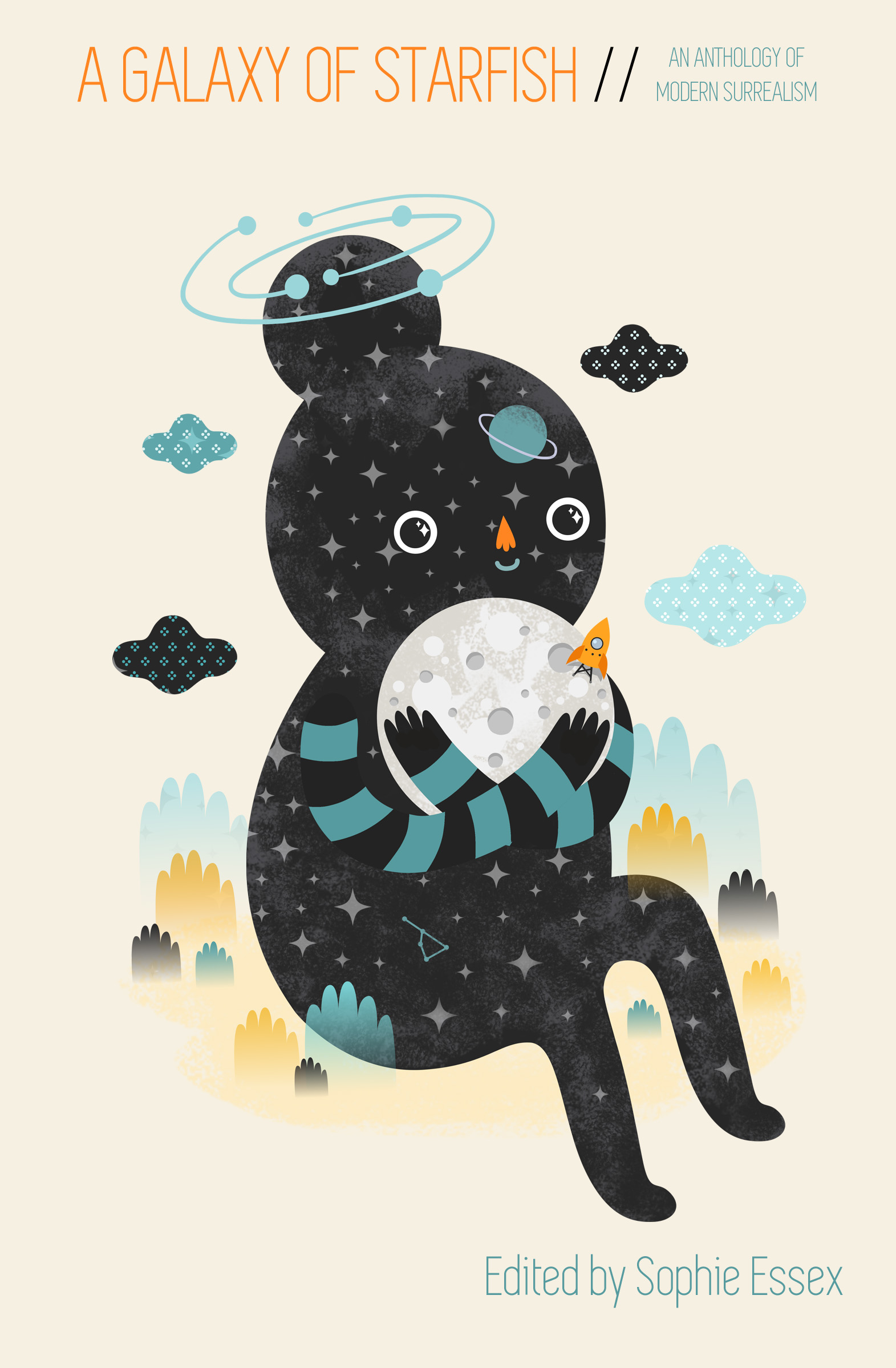 Review of “A Galaxy Of Starfish”

A Galaxy of Starfish is the metamodern ephemera untainted. The alt-lit experiment celebrated. Sexy cerebral automatism. Rivers of poems that flow directly into the sub cortex of our true function and thoughts. This is not just a book of surrealist poetry but a documentation of a superior reality, our weird thoughts and inner being.

Salo Press champions an assortment of Surrealist internet poets in this anthology:

A Galaxy of Starfish draws the reader in with a glorious introduction by Editor-in Chief Sophie Essex, setting the stage for something new and different. “We are all sea stars”, she says, and then she goes on to prove it with one phosphorescent poem after another. Dalton Day’s work stands out in this anthology with his epistolary odes to bears, wolves, and emotions that act like strange viscera. Logan Ellis works double time to shift your point of view and make you fall in love with the weird dream known as poetry all over again with murky lines like: “Watch how I reign: torso billowing like a switchblade of water in the dark, lips gathering for their brief impale” and “my skin a rug and my teeth unsweeping the dust of a broken vase, but not the vase itself.”

This whole collection is flooded with fluctuating hallucinations and the stuff of unnerving millennial daydreams. A Galaxy of Starfish distinguishes itself as a must read anthology for anyone who lives more in their head than in the outside world, for anyone who breathes fantasy and adores cute thoughts, and anyone with a pulse. This is surrealism for the 21st century and those who inhabit it. Salo Press has curated something that is amusing, bighearted, and relevant. I loved it.