HOW MANY CLOWNS WILL IT TAKE TO STOP STEPHEN KING? 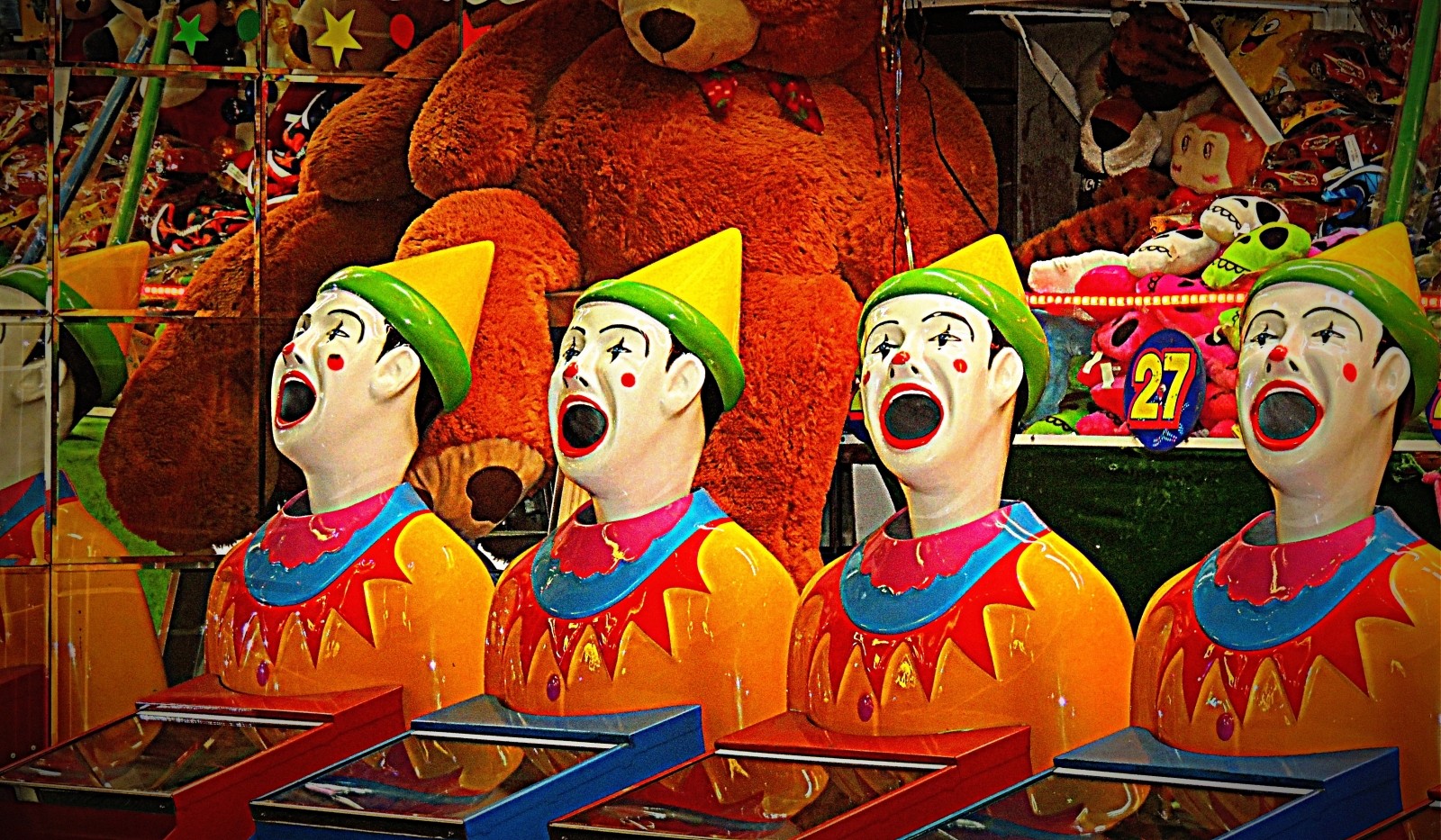 A group of unemployed clowns attend a therapy session. 6 clowns were banned from public parks, 4 clowns were affected by NEA budget cuts, and 7 clowns were jumped after a birthday party screening of Stephen King’s IT.

“What with rampant republicanism, climate change denial, and no Planned Parenthood, you’d think people would want a little laughter in their lives,” says 46-year-old Dumpy, “But if Mr. King says we have to be bad clowns to provide for our families, that’s what we’ll do.”

We have selected one clown from the group to avenge the tarnished clown name. What is the probability of this clown being a juggler or Steve Bannon?

25 clowns squeeze into a rented smart Car driven by outed clown Steve “Bananon.” Ploop joins Bippy and Boppy in the trunk, Bozo “gets shotgun!”, Stinkee and Squirt are strapped to a bike rack, and the rest are sardined in the cab.

“We thought we—or at least Stinkee—could use the clean showers at Love’s, but the truckers didn’t like that so much,” says Choo Choo.

If the clowns approach Stephen’s Florida home at an average speed of 100 mph, and Waze says they are 6 hours from their funhouse, how far is their journey ahead?

The clown crew arrives to find Mr. King hiding from Hurricane Irma in a room full of scented candles. Engrossed in writing a new Netflix series, he doesn’t hear the squeak of clown shoes approaching. If 4 clowns watch the door and 19 clowns guard the windows, which clown cancels Mr. King’s AT&T plan?

Mr. King stands six feet four inches tall, weighs over 200 pounds, and is blue-eyed, fair-skinned, and gray-haired. Tickles the Clown stands seven feet three inches tall, weighs 320 pounds, and is dressed head-to-toe in a leather bondage suit. When Tickles the Clown giggles at Mr. King from behind the bedroom door, how many options are left to Mr. King?