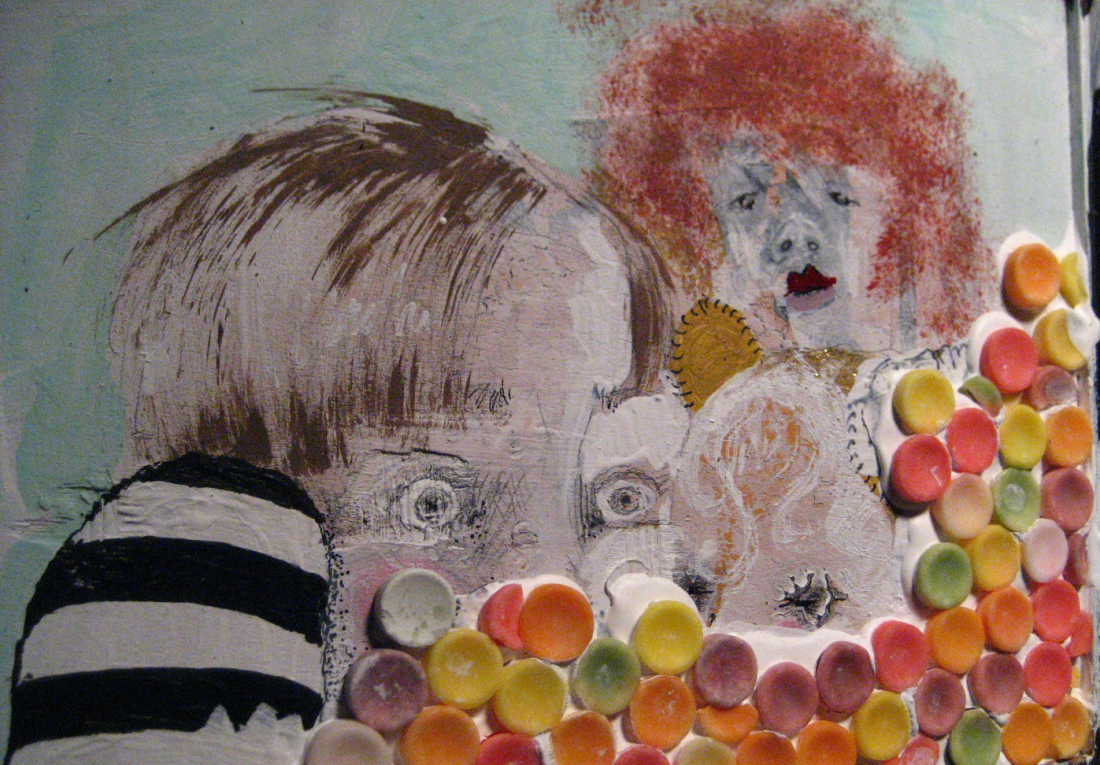 “Were Smarties really the best we could do?” As Gary prepared the goody bags, a proud white medium craft bag topped with white crinkle cut paper filler, he regretted not speaking up in the most recent meeting of the planning committee. When pushed to think of the perfect candy to entice new members out of their starched, buttoned down lives and into the sexy, hate-filled world of white hoods and burning crosses, Gary said nothing. Instead it was Wayne who had suggested Smarties, and then mints as a compliment. Had it even occurred to Wayne that everything about Smarties undercut the Klan’s entire platform? A mix of colored hokum, which on the inside all taste the same, nestled together in a plastic wrapper of harmony. How in God’s name did that represent the KKK’s beliefs? Why not drop off Hershey’s Hugs with a copy of “Straight Outta Compton?”

Prior to the meeting Gary had prepared a list of candies that were as pure as a newborn Prussian child: White chocolate hearts, coconut jellybeans (a bit “tropical” for Gary’s taste but it was the color that was important, not the taste), Shimmer doves, rock candy swizzle sticks, white vanilla imperials, and baseball shaped gumballs (a savvy choice seeing as how they combined America’s pastime with their unadulterated colonial aesthetic). But Gary said nothing for the entirety of the meeting. He sat with a crumpled piece of graph paper in hand, the ink running down his sweaty palm.

He crumbled a packet of Smarties in his fist. A coward from the onset, he rarely spoke up outside of Klan sponsored rallies where one would be ostracized if they weren’t loudly condemning mixed race children or the Elders of Zion. He could have been Imperial Klabee by now if only he had spoken up, but Gary was a small man. He was afraid. After vacuuming the crushed Smarties out of his rug Gary went back to constructing the goody bags and silently wished that he had turned left instead of right.

Jacob Shelton is an all around weirdo and cautionary tale to anyone who has ever wanted to follow their dreams. His short fiction has appeared in various literary journals across North America and he writes the ongoing web comic “Minor Phrases.”