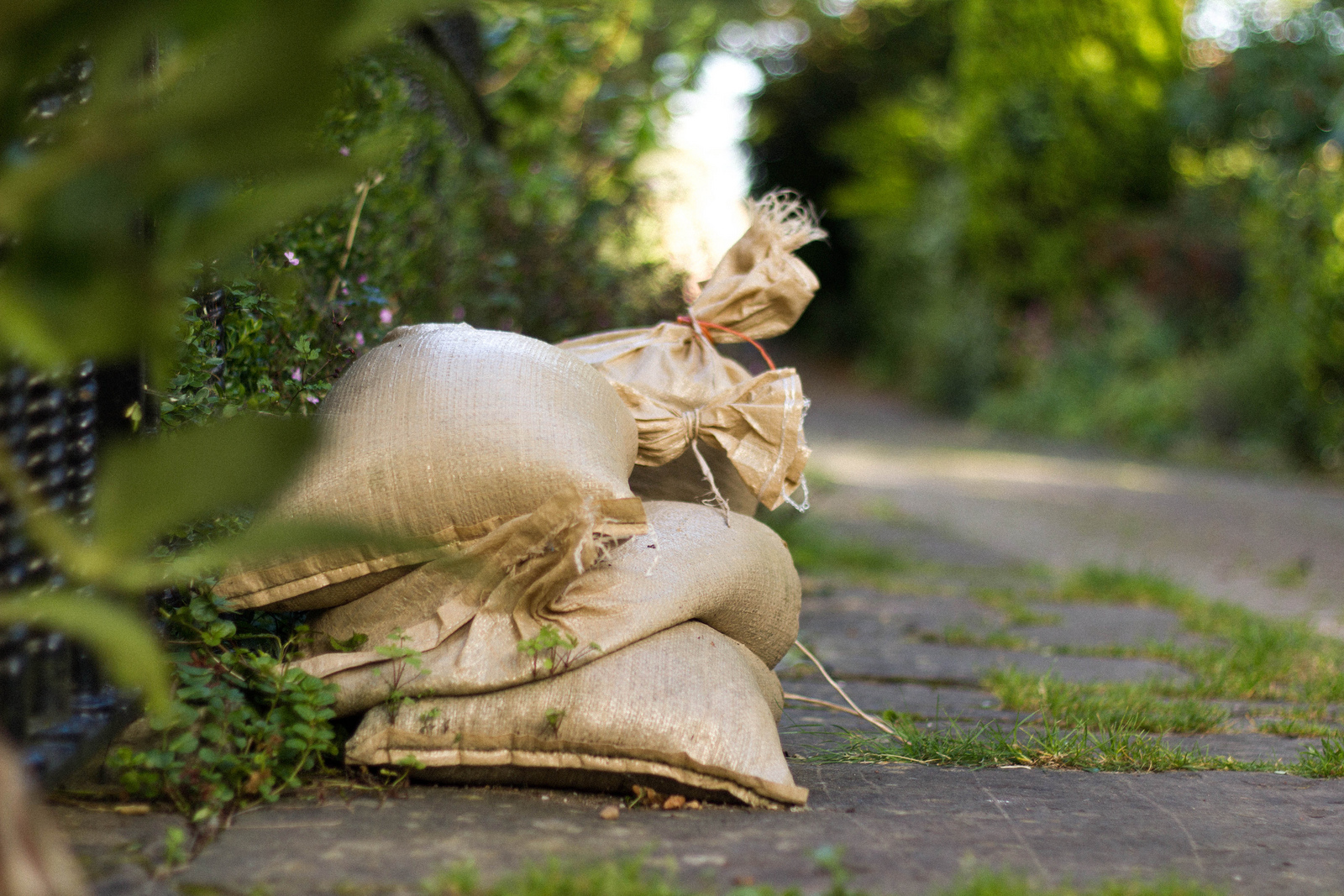 “My brother and I started a sandbagging company. He handles the bagging and selling. I do all of the sand finding. The gathering.”

His date moves her fork in an outward spiral, starting in a puddle of A1 sauce and ending in the T-bone. “I think I read an article on Vice about sandbaggers. Something about the new American gold rush?

Jeremy looks past her at his reflection in the restaurant’s bay window. A snowman made of silica. Big salt puppet. Dust stack in the shape of his cleanest shirt.

She clears her throat. “So how do you find sand? Isn’t it hard? If it is the new gold, I mean.”

“Rivers, mostly. None of the big companies that existed before the floods could keep up with the demand. The processed stuff, the fake sand, all of it was used up after a few months.”

“The article said people hunt for dried up riverbeds.”

He blinks, glances outside the bay window at a retention pond. The water strobes red and purple. The water freezes into a glass chunk, and the tadpoles cannot move while they suffocate. She starts to spiral through the steak sauce again, but he immediately hears the fork-plate scrape.

“Most people assume so, but no, the river doesn’t have to be dried out. When I was a boyscout, we learned how to dam streams to catch fish. Same thing now, just bigger dams.”

“What happens to the rivers?” Her face is the color of a crawdad, a water spider, and arm floaties all at once.

“A lot of algae build up. We’ll treat it with a few different chemicals before opening the damn, but we still end up trawling out a lot of dead fish.”

“Is that wrong? Killing the fish, I mean.”

The bay window shatters. A giant crab claw shoots in and turns every table’s pepper shaker upside down.

“Well, the sandbags save people’s lives. We’ve gotten thank you letters. There’s one in my brother’s office from a preschool teacher.”

Her cellphone rings from inside her purse. “It’s my mom. Can I take this?”

Jeremy nods, and she walks into the women’s bathroom with the phone still ringing. He turns to look at himself in the bay window reflection again. His face is a blossom of flaps that extend out from the skin between his eyes. The reflection pulls a flap back, and his ear is replaced with a deeper stretch of skin. Another flap, left cheek gone. Another flap, crows feet smoothed out.

From the table, he can make out the edges of her laughing in the bathroom. He cups his ears, and the leaky faucet syncs with his own breathing. He gets on all fours, puts one ear to the restaurant floor, and the septic tank squishes against the flow of weaker water.