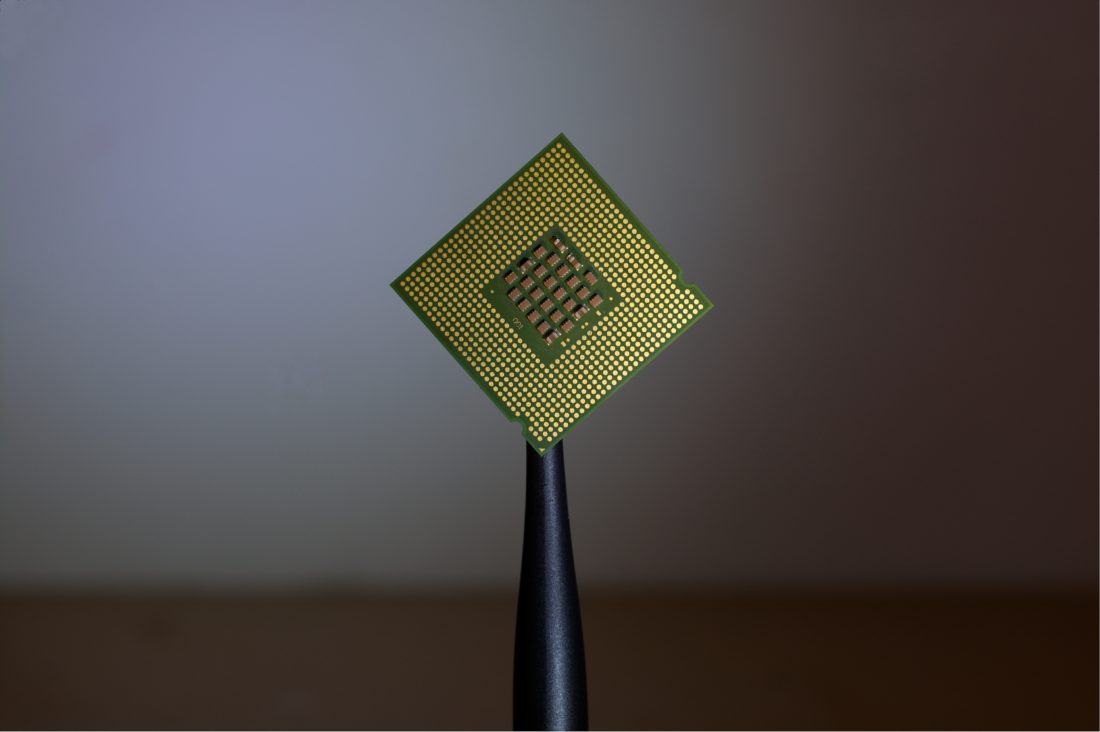 He’s the guy who can get the job done. “Whatever it may be, however tall an order,” he says, “I’m your man.”

She meets him in the alleyway behind her work during her fifteen-minute break, because discretion is a must. Some of his clients, what they’ve asked him to make for them, he tells her, she wouldn’t even believe. Highly confidential stuff for high-up, important people. So he can’t really discuss those in-depth, but inventions of a private nature, she is reassured, are definitely not off-limits.

He takes out a three-ring binder catalogued with sketches of a few potential prototypes (a soundproof, yet still breathable dog crate, a heat-oscillating splint for the expedited healing of bone), along with some pictures of previous customers — faces scrubbed clean, for anonymity — all presumably satisfied with their purchases:

A middle-aged man lounging poolside in a full-body mermaid costume.

“Or is it?” says the inventor, with a spritely wink.

Farther into the binder, he starts to flip through photos taken of his most recent paintings, which is what he’s really known around town for. Mostly watercolor brushed over ink sketches of landscapes and local landmarks. His paintings were everywhere. In every doctor’s office, coffee shop and government building in town, each one depicting a loose approximation of the exact place it hung inside (City Hall in City Hall, the Morton Theatre in Morton Theatre), or otherwise, the iconic Murmur Railroad Trestle on display between the downtown Mellow Mushroom bathrooms. However now, with his local market thoroughly tapped, his paintings weren’t really selling anymore. Thus, the recent pivot to moonlighting as an inventor.

“Though I much prefer the term problem solver,” he adds then, handing over the binder to her. “So,” he says, “what problem can I help solve for you?”

And with what little time of her lunchbreak remains, she tells him everything. Tells him what she hasn’t had the guts to talk about with anyone else. About this sudden, bottomless feeling of her total irrelevance to the world, in the world, of a life without purpose, motive, or meaning. How she’s been losing sleep over it. Can’t seem to snap out of it. Utterly stuck. She tells him she doesn’t want to be like this anymore, to think like this anymore, actively basking in life’s total meaninglessness.

She pleads, verbatim: “I need you to fix my fucked-up head.”

He nods like he’s heard this one before. He shuts the binder and holds it to chest, pondering. She imagines herself in there pictured amongst the others, a plastic colander fitted over her head, its perforations threaded with wires hooked up to two chunky D-batteries fastened on either side, just as she’d seen in that online article, “DIY Electroconvulsive Therapy: How to Change Your Brain’s Neural Pathways (at Home).” At which point she remembers the caveat of her being on a very limited budget, and informs him that she only has, at most, like, a hundred dollars to spend.

“A hundred dollars,” he repeats back, “to change your brain’s way of thinking?”

“And its ability to find meaning in things?”

It has never struck her as odd to speak of herself and her brain as two separate entities occupying the same space. Like two neighboring apartment tenants bickering inside her body, slamming brooms and stomping feet into each other’s floors. “Or to just no longer care about finding meaning in things,” she tells him, then adds, “If you can.”

He reiterates again: Whatever the problem, he’s her man.

In the meantime, she falls in love. A semi-formal, humdrum exchange with a new teller at her bank. A conversation she mulls over, rehashes and analyzes each play-by-play of words both spoken and not, of clumsy flirtations regretfully made, until this self-loathing turns outwards back onto this bank teller who, truth be told, she definitely couldn’t have ever actually loved, anyways.

Per usual, she loses sleep over it. Determined to destroy the feeling before it can grow legs, she convinces herself, regardless of that gentle face preserved behind shatterproof glass like some marvelous work of art, how working for a bank must undoubtedly involve a vapid lifestyle ruled by corporate greed, an abiding love for the dollar, by moral bankruptcy at the expense of capitalist pursuits. She resolves that he is most definitely the breed of self-seeking individual to not think twice about returning shopping carts, treating waitstaff like second-class citizens, about sleeping with girls and not calling them back.

Eyes peeled awake, tongue jabbing at an emerging canker sore in her cheek, she questions this compulsion to elevate herself by bringing the rest of the world down. Whether her brain might ever function beyond that of an anchor, dragging her further down into despair.

Why does she always have to be so dramatic? Why can’t she stop and just like, lighten the fuck up?

Restless, she showers and skips breakfast. Her morning cup of coffee on her canker sores (more now, blossoming like cauliflower on her bottom lip) is more than she can bear. By the time she goes on break and meets with the inventor, $100 loose cash in-hand, she is too mentally drained to question why he’s brought her out to his car to sift through paintings stacked in his backseat.

He pulls out a 10’ x 12’ canvas depicting a recently foreclosed frozen yogurt shop, and asks what she thinks of it.

She doesn’t know what to say. Wearily, she answers, “I’ve never been.”

He recites to her a childhood memory about a family cat that used to sleep on his chest every night, and how for a week after this cat died, he couldn’t fall asleep. Not until the night his mother kept her hand on his chest as she read to him did his exhausted head finally shut off — how it wasn’t merely the loss of his pet he’d been missing, but more notably, her weight.

He tells her, “It is up to you to assign things in life meaning.” And, as far as a quick fix to her existential crises go, for $100, this is the best she’s going to get.

She hands him the money, her mouth too blown-out with blisters to argue, question or complain. She stows the painting of the frozen yogurt shop in the alleyway behind her work, too embarrassed to try and find a safe place for it inside, and somehow feels even more embarrassed when it doesn’t get stolen during the remainder of her shift.

At home, she leans the painting against her bed, not even bothering to hang it up.

That night, it’s the exact same. No sleep. Thoughts walloping behind her eyes, a raw-sharp stinging in her gums. She can’t help but think of all the other ways this money could’ve been spent, of just how much a hundred dollars truly means to her, and all the extra hours she will now have to work to make it back. Involuntarily, she begins to fantasize methods of causing bodily harm to the inventor, and these repulsive visions her brain so effortlessly concocts fills her with a guilt shocking and shameful for the evil she’s capable of. Strangely comforted by this realization that bad thoughts bring her shame. More shame felt for the self-righteous pat on the back for the very normal human feeling of feeling ashamed.

Relax, she consoles herself. Just, relax…

She sits up in bed, picks up the painting from the floor, and props it up on her nightstand. She takes a breath. Then another, less shallow now. Her tired eyes begin to adjust. Gradually, the frozen yogurt shop’s silhouette starts to emerge — its muted colored walls, its blocky lettered sign — into view. She thinks the shop’s exterior might be pink, or maybe red, or even blue. But it’s hard to tell for sure in the dark.