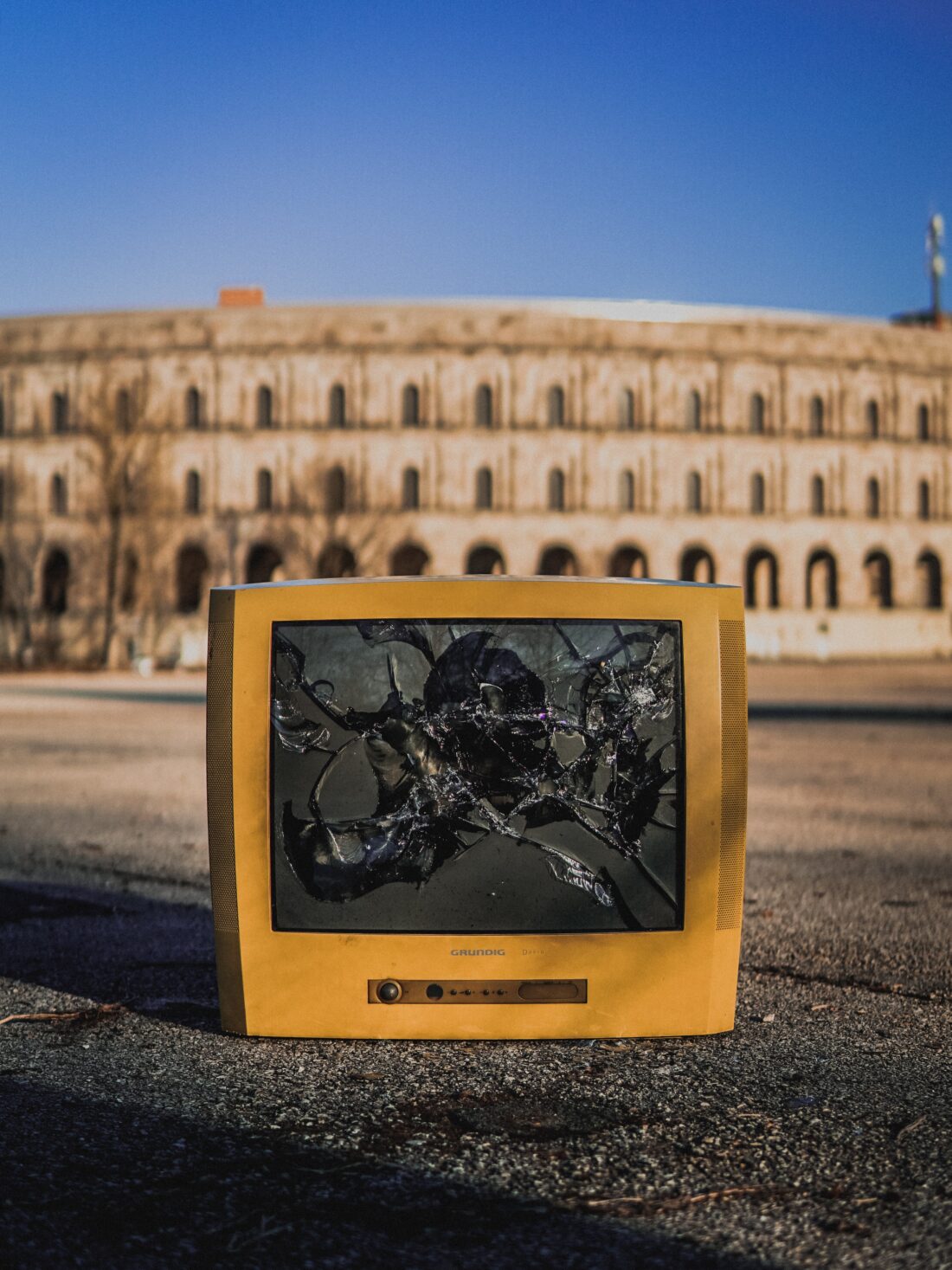 After the world crash of 2020, every country on planet Earth filed for bankruptcy. With no entity large enough to bail out the entire planet, government is forced to cease existence.

In the “New World,” the world of 2021, all laws have been abolished, and crime has been legalized. The land is lorded over by renegades, and looting is an encouraged career path. The world of 2021 is the world of crime, villainy, and destruction. In this world, the world of the distant future, one game show rules supreme, and that show is…

The rules of crime court are simple: commit as many crimes as possible. Also, there are no rules. Those who commit the most crimes during Crime Court win, but those who do not commit enough crimes, lose.

On this episode of Crime Court, we follow a bloodthirsty trio of savage, cannibal-degenerates known as the “Jones Street Eliminators.” We open up in the heart of the “Jones Street Eliminators” hideout, which seems to be hidden deep in an underground area somewhere along Jones street. Glass block windows let in only a sliver of light to keep the Eliminators in a constant state of nocturnal prowl. Bare, concrete floors and unfinished walls are effectively placed to simulate urban fight-zones, which helps keep the Eliminators at a constant alert level. There is also a water heater.

The Eliminators are gathered around their diabolical scheming table, where they are undoubtedly planning crime. The first member of the “Jones Street Eliminators,” John Texas, is hunched up and gathering energy on a patched together recliner. The aforementioned recliner is, without a doubt, constructed out of the bones and stolen garments of Mr. Texas’s victims. It stands as a testament to the man’s cruelty, and craftsmanship. Not only that, but John Texas is also hiding himself under a heavy, and without a doubt stolen, blanket, keeping himself unseen in case of a sneak attack.

To his left is the dubious, the disgusting, the downright despicable, Jackie Tiger. Ms. Jackie Tiger also seems to be preparing for a sneak attack. She has chosen an effective hiding position on the couch, which is no doubt stained with the blood of countless criminal activities and has made herself as flat as possible against it. Like her colleague in evil thievery, John Texas, Jackie Tiger has also used a blanket of some sort to completely camouflage herself from potential enemies. This blanket, however, is, of no doubt, made of the hides of the many baby seals Jackie has clubbed to death with her bare club. Jackie pretends to close both of her eyes, but we all know what’s going on, she’s actually keeping both eyes open very slightly, to give the illusion of sleepy weakness while still maintaining complete ocular authority.

And to Jackie’s left sits the most terrible, the most horrible, the biggest fucking asshole of the “Jones Street Eliminators,” Charlie, “The Murderer” Miller. Charlie is sitting on the ground, ready to pounce, while also flipping through the channels of his “crime” television set. Charlie is no doubt checking the channels to gain intel on the next group of people he is going to viciously murder. Let’s watch and see what this sicko’s next move is…

…You can tell by the way he’s pressing the buttons on the remote that he is ready for crime. And oh? What’s this?

“On this episode of Crime Court, we follow a bloodthirsty trio of savage, cannibal-degenerates known as the ‘Jones Street Eliminators.’ We open up in the heart of the…”

“Hey guys, wake up,” Charlie, clearly dazzled, screams at the other two.

It looks like Charlie, the killer shithead ringleader, is about to divulge whatever dubious deeds he’s been plotting to the rest of his crew. Ms. Tiger and Mr. Texas seem to be, metaphorically, “awakened” from their positions.

“Look at this, we’re on crime court” he screech’s in diabolical shock, realizing that he is currently on this very episode of CRIME COURT.

“What should we do?” hisses John hatefully.

And it appears as if the flowers of rampage are about to bloom. There is a look in John Texas’s eyes that I simply cannot describe, it’s as if he has taken the form of a massive, crime, entity. He’s getting up from his bone throne, and, what’s he doing, BANG, oh my goodness folks, how malicious, how terrible, what a vile monster.

“Crime” John howls in a rage.

“Oh, fair” says Charlie, in a haze of rabid fluster.

“Today, on August 4th, 2021, we, the Crime Court, find the defendant, John Texas, GUILTY (GUILTY GUILTY), and we sentence him to a life of FREEDOM.” Booms the Judge.

And it looks like criminal crime kingpin John Texas is headed out the door. Clear the streets and lock your doors folks, this man is sick, and he could be coming for any of you. That’s all for CRIME COURT, tune in tomorrow for another thrilling episode of CRIME COURT, and stick around for the POST CRIME COURT dialogue…

…And here it is folks:

“He forgot his umbrella” Charlie says in a loud and angry tone of voice, no doubt Charlie “The Murderer” Miller is both loud and angry.

It appears as if John Texas, whilst standing in the rain, is about to monologue wistfully to the camera. let’s see what he has to say. “It’s only been a few minutes since I walked out of Jackie’s basement, but now as I’m walking in the rain, I feel like my life is different now. Before today I was just John Texas, but what am I now? A criminal, or a freeman? It’s strange, when I was a kid courts used to enforce something, justice or equality. But now, what now. Crime is encouraged. It says a lot about things if you ask me. I don’t know how I feel. Is my punishment freedom, or is my punishment the crime itself, or is my freedom punishment? Crime is freedom. Freedom is power. Power is crime. Crime is Freedom. Power is power. This says a lot.” Monologues John Texas, wistfully. Angrily.