Confessions of a Former Student of UC Berkeley, the Top Public University in the World 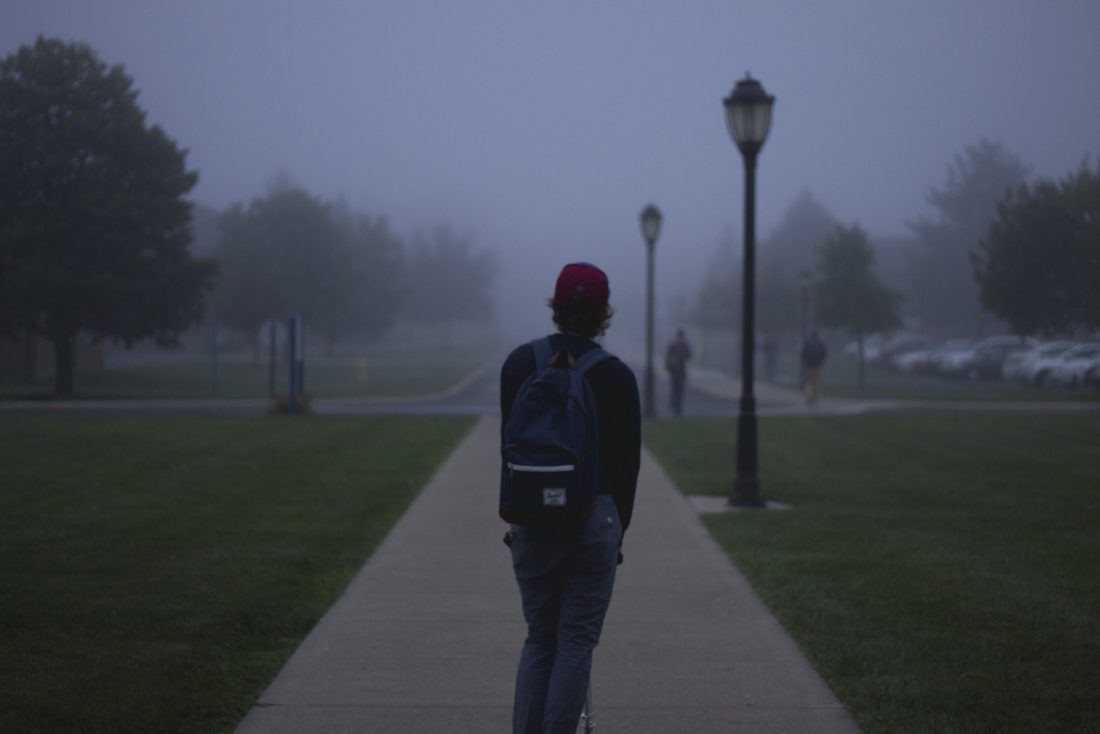 Hello! My name is Robert Núñez, I am twenty-four years old, and I enjoy learning and synthesizing information. I am here to tell you a remarkable tale about my life. As I’ll have you know, I was once a student of UC Berkeley, the top public university in the world. I applied due to the gargantuan record stores in proximity to campus. The university accepted me and awarded me FREE tuition due to my exceptional intellect. I majored in Latin American Studies, learning of colonization and dictatorships galore. My name sat upon the Dean’s List every semester, showcasing my flawless grades. I did not join any clubs; I only wrote my name on the Model UN clipboard and never replied to their frequent spam emails. Rather, I spent plentiful time within Amoeba Music and Rasputin Records, purchasing many a Compact Disc using my FREE scholarship money. I should mention that I am a music connoisseur, primarily consuming rock, pop and jazz from the fifties to the eighties. Some of my most beloved artists include Van Halen, Elton John, King Crimson, and Oingo Boingo.

While at Berkeley, I acquired six hundred and fifty-four Compact Discs. Previously, I owned one hundred and twenty-one, giving me a grand total of seven hundred and seventy-five by the time I exited college. Some thought I was silly for owning such a large amount of physical media, but I would never download OVERPRICED albums from iTunes. And God forbid anyone mention illegal downloads to me; individuals who thieve online files should be rapidly IMPRISONED.

Due to my frequent presence in record stores, many asked if I worked there; heavens no! I could barely handle myself seeing coked-out nobodies like Amy Shithouse and Kanye Shitwest dappled along the shelves; why would I assist birdbrains in locating and purchasing them? I should mention that I revile music by artists that became active after nineteen eighty-nine. Nineteen ninety is the year when music crumbled into worthless smut. Every artist afterward only generated deplorable trash, especially Radiohead, an aberration that STOLE its name from a song by Talking Heads, a pre-eighty-nine majesty.

While shopping in Amoeba and Rasputin, I was always sure to chide fellow consumers for their misinformed musical opinions. I instructed them to steer clear of the apocalyptic mockery that is post-eighty-nine music: why should they listen to garbage “math rock” bands when King Crimson did the exact same thing, but better, in the early eighties? I commanded them to just say NO to post-eighty-nine loons, and say YES to pre-eighty-nine heroes!

Among such a wonderful collection of collegiate events, a lightning bolt of tragedy struck me right in the chest. I will now confess to you the deepest pit of my misfortune. Prepare yourself with a tissue.

My senior year, I elected to study abroad. I was an enriched scholar with knowledge of many a Latin country, so it followed: why not view one of these countries with my own eyes? Argentina, my ideal selection, was somehow unavailable through UC Berkeley, the top public university in the world. Costa Rica contained far too much nature and something the young potheads call “ecotourism.” Spain used EUROS. Revolting. And as for Mexico, I lived in Tijuana for a substantial segment of my formative years. I couldn’t imagine that it would be even a remotely good idea to study in that ugly dump of a country.

By process of elimination, I decided upon Chile. Nowadays, that word is the single most repugnant collection of phonemes a human could utter to me, even worse than “terrorism,” “Smashing Pumpkins,” or “brain cancer.” But back then, I was thoroughly ignorant and all too open to suggestion. My idiotic peers tricked me into going, claiming that study abroad was the opportunity of a lifetime. As it turned out, they were full of HOGWASH!

I boarded the plane, reading The History of the Decline and Fall of the Roman Empire to pass the time. Upon landing, to my horror, I realized Compact Discs were forty dollars per item due to the governmental taxes on tunes. I said ABSOLUTELY NOT! and suffered by re-hearing the twenty-three Compact Discs and one hundred and forty-six digital rips I had taken with me. Every local was a stuck-up swine, and the grub was god-awful: foodies take note, a “Chilean salad” consists of a mere sliced tomato and onion shreds. All my classmates frolicked and committed childish trash-acts such as drinking alcohol (fermented microbe bowel movements is more like it) and climbing mountains chock-full of dust and spiked foliage. Eventually I ceased attending the “fun” scheduled activities such as museum viewing and a winery tour—why would I want to look at laborers manufacturing fermented microbe bowel movements?

One day, I received a telephone call from the student coordinator, a redhead by the name of Alex. He claimed that due to my absences, I had to attend that day’s activity, a tour of a mine. I could not even believe the utter stupidity of it all. A MINE! How absurdly useless. I told him that the program already had my money courtesy of Californian tax dollars; why would he need me to come? He then revealed that I had to join, or I would risk receiving Bs in my classes. Being the impeccable scholar I was, I acquiesced.

The mine was made up of nothing more than incredibly dull mud tunnels. I blocked out the tour guide’s horrendously boring speech about rocks and put in my earbuds so I could play quality musicians on my Zen Media Player. Suddenly, Alex yanked my listening devices out from my ears, causing Prince’s Lovesexy to depart from my hearing canals! I was absolutely furious! I swung my fists in his face and he attempted to defend himself like a helpless baby chimpanzee. Then, he did the unthinkable: he seized my earbuds hanging out of my pocket and threw them into an abyss! I released a piercing scream, informing the whole tour group how cross I was with him. I spat in his face, and just as he was hilariously cringing and wiping it off, a tall, muscular classmate known as Ronaldo grabbed my arms and locked them behind my thorax. He did this with one arm; with his other, he shielded my mouth. His threatening presence caused me to retreat and meander along with the group, folding my arms as the tour guide continued his abhorrent lecture. I attempted to employ passive-aggressive remarks such as “How remarkably interesting!” but Ronaldo elbowed me, causing me to remain quiet.

As the group was finally approaching the entrance of the mine once more, about to depart, the unthinkable happened: parts of the ceiling collapsed, blocking the entryway! Several classmates were clobbered with small falling rocks, as they deserved to for savoring the despicable country known as Chile. Everyone became hysterical and yelped like agitated baboons. I censured them, instructing them to be quiet and remain calm, since whimpering is not how one solves predicaments.

While we waited for the rescue responders, the classmates childishly embraced one another and allowed water droplets to roll down their intolerable faces. I could simply not stand it! However, the worst was yet to come. One male removed an abominable product from his backpack: a small plastic mono-speaker! Such speakers are the technological equivalent of post-eighty-nine musical abominations. He began playing so-called feel-good hits by sickening post-eighty-nine nincompoops such as Shit Eyed Peas and Shitplay. This was the point I couldn’t stand the madness any longer. I stomped over to the speaker fiends and commanded them to cease playing that filth this instant! I demanded they allow me to plug in my Zen Media Player and show them REAL music. They told me to bug off; I remarked that I hoped rocks would fall and bonk them on their heads, delivering them irreparable brain damage. I then attempted to maneuver deeper into the mine to escape them, but Alex chided me. I replied that I was a MATURE ADULT who could do as he pleased, but then the wrath of Ronaldo was invoked. So I took my place near the dreadful, ear-scraping “music” once more, wasting away next to the simpletons.

After an additional eternity of suffering, Alex announced that rescue workers had arrived. I rushed over to the entrance and pleaded them to PLEASE LET ME OUT OF HERE! and that I DON’T DESERVE TO BE TRAPPED IN A MINE WITH THESE IMBECILES! I yelled this in both English and Spanish to ensure that the workers all heard my message accurately.

While waiting for them to create an exit opening, I received a call from my housemom on my Chilean cellular telephone. Our conversation went as follows:

Housemom: Robert? Why aren’t you home for dinner?

Myself: Why, I am trapped in a caved-in mine with buffoons!

Housemom: I don’t believe you for one second. You’re an impolite boy who makes up lies so you don’t have to be nice to me at all!

Myself: That is BALDERDASH! You’re simply an ignorant old woman who cannot accommodate a perfectly fine individual in her home! You can’t even understand the horrors of your repugnant Chilean salads!

Housemom: You’re such an ungrateful, lazy American! Come home this instant or I’m putting your belongings on the sidewalk!

I hung up and rushed to the entrance, where rescue workers were assisting a worthless coed who enjoys drinking fermented microbe bowel movements. I quickly pushed her aside and scrambled through the small hole the rescue workers had erected. Free at last!

I hurried over to the street and hailed a taxi. I had the driver drop me off several blocks from where I lived, then quickly escaped from the cab without paying. He removed himself from his vehicle and dashed after me, but I was able to dodge him because I knew the streets expertly. After all, I had been spending plentiful time roaming the city after forgoing all the vile “fun” activities.

Once home, I witnessed my belongings on the sidewalk. I was absolutely enraged! However, I knew that anger would not be helpful in this instance, so I took a generous breath. I brought my belongings inside and feigned apology to my housemom, coaxing her to allow me additional time under her roof. This shelter was highly utilitarian while I made escape travel arrangements.

Within three days, I boarded a plane back to my hometown. While UC Berkeley, the top public university in the world, did refuse to award me my degree, I can assure you that I remain one of the most brilliant individuals you will ever come across.

Having come so close to death by falling rocks and losing my Compact Discs forevermore, I developed a tragic affliction called PTSD. Today, I cohabitate with my parentals and work at a pizza eatery rather than work toward the illustrious professorship I once dreamed of. Such misery makes me contemplate ending it all. There is little purpose to my life; a robot could replace a pizza-flipping mortal such as myself in a heartbeat.

I will remain alive for now. After all, my King Crimson box sets aren’t going to listen to themselves. But if I do decide to descend into corpsehood, I will certainly play “In The Court of the Crimson King” while committing the act. The song is filled to the brim with melancholy invoking a “grand finale” mood. It’s the last track on the eponymous album for a reason!