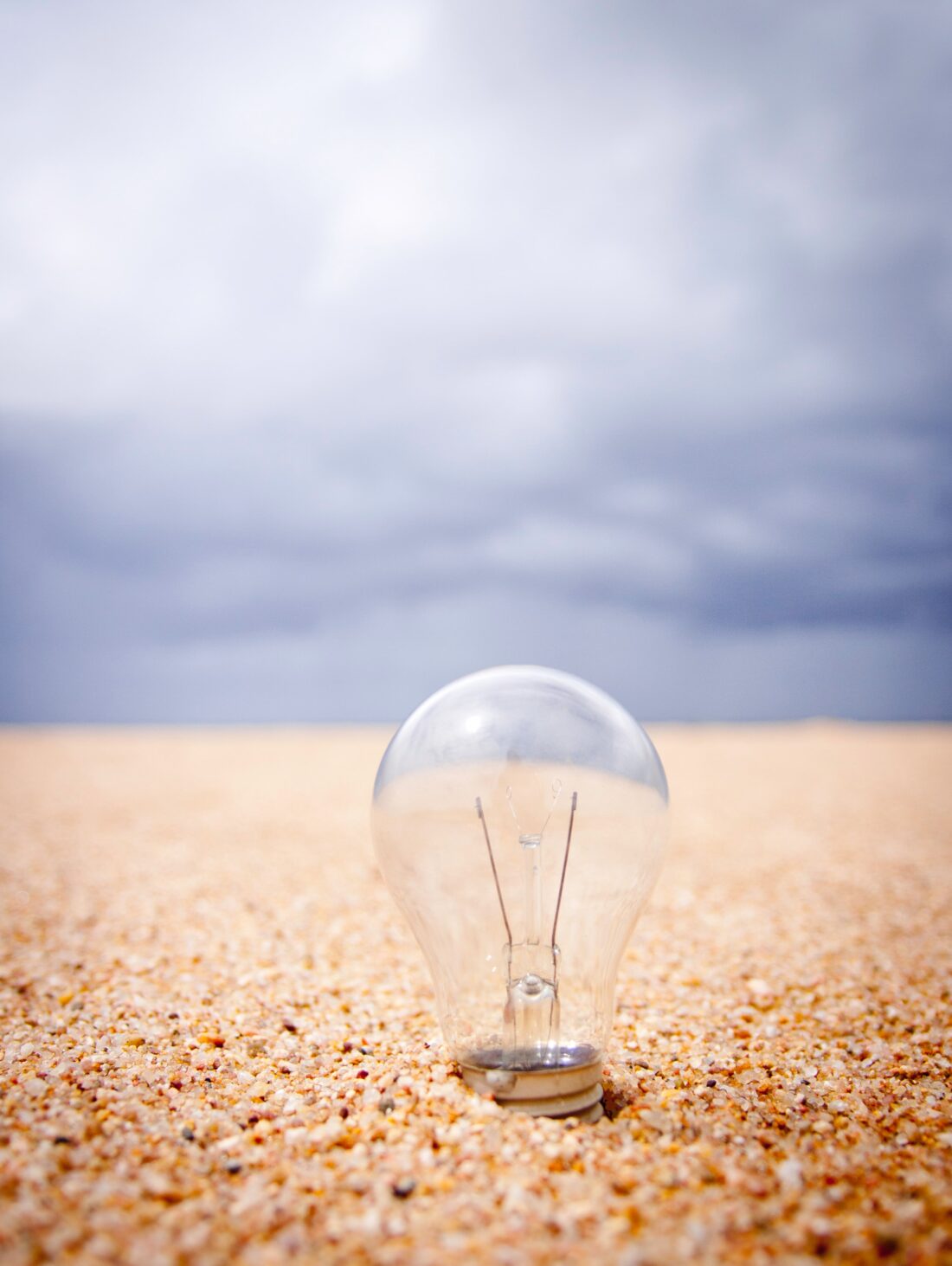 Dawn had only been in Brain Debris for six months, but already her headbanging was legendary. Sure, all the bands in the New York death metal scene headbanged while ripping through their songs in the local clubs—it was one of the treasured traditions of the genre after all, alongside extra-large black t-shirts and devil-horned fists punching the sweat-thickened air—but Dawn’s headbanging was different. It was more ferocious, more animalistic, and wilder than any of the other musicians in the scene. While other guitarists waited until the verse to nod and to sway and to swirl their messy ropes of dry, kinky, waist-length hair, Dawn started headbanging the moment each song began. And unlike the other guitarists she knew, Dawn didn’t stop headbanging to play the difficult parts. Instead, whenever the band transitioned into the bridge and Peer started playing the support riff for her solo, Dawn braced her Ibanez against her left thigh and thrashed with wild abandon while her fingers raced up and down the fretboard, sliding, tapping, hammering-on, pulling-off, and squeezing out the piggish squeal of an occasional pinch harmonic.

And it was here, on a chilly Thursday night in March, while Dawn and the rest of Brain Debris stood in the back corner of The Luna Cafe and played, “Rotting Dreamscapes,” the second song off their self-titled EP, that Dawn first felt the sawing at the back of her head. The feeling wasn’t as powerful as the guttural roars of Ray’s vocals, the explosive blast beats of Tony’s drums, or the sawtooth buzz of Peer’s rhythm guitar, but still she felt it amidst the chaos of the entire song, as if a surgeon was trying to cut through the back of her skull with a white-hot scalpel of light. Six times she felt the sharp, searing slice of this strange sensation, and six times she thrashed her head with such force that the sensation disappeared momentarily, before returning seconds later.

By the end of the next song, the sensation went away for good. Here Dawn parted the curtain of frizzy blonde hair hanging in front of her face and scanned the crowd for her girlfriend, Heather. Dawn and Heather had been together for almost three months, and to Dawn’s very pleasant surprise, she now liked Heather even more than she had when they first started messaging each other on Tinder back in December. Usually things moved in the opposite direction: the better Dawn got to know someone, the less she liked them. There were just too many irregularities about Dawn that other people couldn’t understand: her clothes, her musical tastes, her anger issues (that were mostly in the past), her lifestyle of playing guitar in metal and hardcore bands. But Heather was different from everyone else in Dawn’s life. Heather was on the autism spectrum, a music lover like herself, and the most accepting person Dawn had ever met. Unlike everyone outside the scene, Heather didn’t cringe or laugh or cower away in fear when Dawn said she loved metal and hardcore and that she played guitar in a band called Brain Debris. Instead, Heather looked at Dawn with her beautiful, silver-blue eyes, brushed a blade of long brown hair behind her ear, and asked Dawn to play something. This happened during Dawn and Heather’s third date, while they watched TV in Peer’s basement, a half-finished space that doubled as Dawn’s apartment and the band’s practice room. At the time, Dawn had just finished writing, “Chasms of Consciousness,” a thirteen-minute epic for Brain Debris’ upcoming full-length album, so as a joke, Dawn told Heather about it. But since Heather didn’t understand sarcasm, she asked Dawn to play the song for her. Shocked, intrigued, and more than a little bit flattered, Dawn nodded and played the entire song. When it was over, Heather gaped at Dawn with childlike awe and said, I don’t really understand a lot of what you were doing just now, but that was the most badass thing I’ve ever heard. Since then, Dawn felt a warm, giddy, fluttery feeling in her stomach each time she looked at Heather. And that was something she had never experienced before.

But when Dawn finally found Heather standing among the sparse crowd of twenty or thirty people in the back room of The Luna Cafe, Heather didn’t wink or wave or even look at her. Instead, she stared at the wall to Dawn’s right and pressed her hands to the back of her head in the exact place where Dawn had felt that weird sawing sensation for the last two songs. Dawn waved and called out Heather’s name, but Heather ignored her. Then Dawn looked at the rest of the crowd and noticed that they were doing the same thing. Turning around, she looked at Tony and Ray and Peer. They too stared at the wall while their hands cupped the backs of their heads like pieces of precious fruit.

Moments later the wall to Dawn’s right dissolved in a flash of blinding light. A golden haze leaked in through the hole in the wall. Squinting through the haze, Dawn looked around the room and saw four squid-like creatures flying in the air near the ceiling. The creatures flew in smooth, easy circles, as if they were swimming through still water. The creatures’ bodies were completely transparent, like the strange fish that lived near thermal vents in the lightless depths of the ocean, and the only time Dawn could see them was when they passed through a thick patch of the golden haze. Each time they did, Dawn saw tiny beams of gold light stretch between the squid creatures’ undulating tentacles and the backs of the heads of every person in the room. Everyone except her.

To prevent the squid creatures from discovering that she was not hypnotized, Dawn placed her hands on the back of her head like everyone else. Soon a white craft shaped like a giant breath mint appeared next to the hole in the wall. Hovering soundlessly just above the ground, the craft looked to be a little bit smaller than Dawn’s crappy old Toyota Camry.

Moments later the side of the craft opened, revealing a silky black void within.

The squid creatures emitted a quiet, pleasing hum and glowed with gold light. In a single synchronized movement, everyone in the crowd started walking toward the hovering craft. With her heart thudding in her chest and her breath catching in her throat, Dawn lowered her hands from her head and ran to Heather. But Dawn’s Ibanez was still plugged into her amp, so before she reached Heather, her guitar cable pulled taut and jangled the strings of her guitar. A sharp jolt of dissonant noise clanged through the room. The squid creatures shrieked in what sounded like pain, and the hypnotized crowd, including Heather, stopped marching and pressed their hands to their ears.

Seeing this, Dawn knew what she had to do. So she walked back to the corner of the room, looked at her hypnotized bandmates, and started playing the intro to her thirteen-minute epic, “Chasms of Consciousness.” As she thrashed her body in a frenzy and tore through sixteenth-note runs and palm-muted open-e chugs, scalpels of light began sawing at her head, her wrists, the fingers of her left hand. She didn’t care. She simply played faster, headbanged harder.

Tony was the first member of Brain Debris to escape from the squid creatures’ mind control. Halfway through the first verse, his drums entered the song. Here Dawn felt the concussive force of his double bass slamming against the backs of her legs. Peer’s rhythm guitar woke up next. It lent force and body to Dawn’s riffs; it elevated her leads atop a thick slab of churning sludge. Ray’s bass and vocals came in last, which was not surprising since he had always been a little slow on the uptake, but Dawn didn’t fault him for that. The band had been rehearsing the song for over two months, and Dawn still hadn’t written any lyrics for it. It didn’t matter. Ray roared his own lyrics with the fury of a demonic beast baking in the fires of hell.

Though the squid creatures seemed to be getting weaker and swimming slower the longer the song continued, the scalpels of light sawing at Dawn’s body burned hotter than before, and bit deeply into her flesh. By the time Peer started playing the support riff for Dawn’s solo, her black hoodie was damp with blood.

Then, as Dawn launched into her solo with a sweep-picked arpeggio starting at the fifteenth fret of the second string, the squid creatures glowed brighter than ever before and swam furiously in a tight circle. From behind the veil of her swinging hair, Dawn saw the thin filaments of light disconnect from the heads of everyone in the crowd. Dawn felt a giddy flutter in her chest. She looked at Heather and smiled. But then the squid creatures and the hovering craft exploded into glittering dust and a thick beam of gold light flashed across the room. The beam struck Dawn in the center of the chest. Her body roared in pain. The floor flew up under her chin. The last note of her final solo rang into silence. Dawn didn’t understand much of anything that happened next, but she recognized the face hovering above her as the world went dark: the silver-blue eyes, the long brown hair, the warm lips pressed against her own.