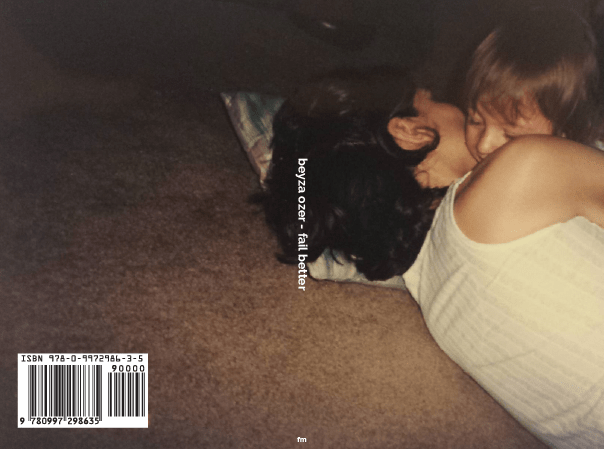 One of the most disorienting pieces of prose I’ve read is Samuel Beckett’s Westward Ho. In intentionally clipped and fragmented style, Beckett dissects personhood. His autopsy begins with an iconic series of clauses that sound like a postmodern reiteration of Ecclesiastes 1:

“All of old. Nothing else ever. Ever tried. Ever failed. No matter. Try again. Fail again. Fail better.”

There is nothing new under the sun, and yet this means no end to human striving, no matter how absurd people become in their persistence. Having state his thesis, Beckett begins to break down his exhortation, trying to settle on a premise:

And so it goes. This mantra—it’s pessimism notwithstanding—has wormed its way into popular culture in recent years. The Atlantic’s Mark O’Connell offered an analysis of this phenomenon a few years ago, noting that the phrase was tattooed on the arm of Swiss tennis star Stanislas Wawrinka ahead of his 2014 defeat of Rafael Nadal. In this context, Beckett’s phrase is used as a motivational slogan; “fail better” becomes a reiteration of the classic cliché, “when you don’t succeed, try, try again.” O’Connell writes that

“What has happened here, I suppose, is that a small shard of a fragmentary and difficult work of literature has been salvaged from the darkness of its setting, sanded and smoothed of the jagged remnants of that context. This is the process by which a piece of writing becomes a quote, a saying—a linguistic object whose meaning is readily apparent, useful, and endlessly transferable, like a coin in the currency of wisdom.”

Going back even further from 2014, Beckett’s phrase was marshaled in Zadie Smith’s 2007 essay of the same name. The piece—essentially Smith’s thoughts on what makes an honest writer, and how we keep writers honest—gets at what I think Beckett himself was trying to reveal in Westward Ho, and only invokes “Fail Better” as its title. Of the writer-as-self, Smith writes that failed writing is inauthentic writing; writing that comes from anywhere but the self; i.e. the cliché described above: “With a cliche you have pandered to a shared understanding, you have taken a short-cut, you have re-presented what was pleasing and familiar rather than risked what was true and strange. It is an aesthetic and an ethical failure: to put it very simply, you have not told the truth.”

To loop back to “Fail Better”-as-motivational-poster, the antithesis of “fail better” that Smith wants to deter us from is exactly what “fail better” has become, a phrase that helps corporate executives pander to consumers and shows up on the bodies of famous athletes, like a Nike slogan.

What relief it is, then, that in their new collection of poetry, Beyza Ozer does not fall to cliché in the event of their own take on Beckett. Ozer’s Fail Better is nothing but honest, and in being so, keeps us honest as well. Like Beckett’s own fragmented syntax in Westward Ho, Ozer employs evasive language to probe and problematize religion, gender, and their own history. Ozer is not reaching for obscurity for obscurity’s sake, but because the self is, in fact, obscure. For instance, in “A Phone Call Between Me & Allah,” Ozer prays with the knowledge that “There isn’t a word in Turkish that explains my gender / but I know you know what I meant when I said what I said.” When the self eludes language, Ozer appeals to an even greater hiddenness, to an Understanding that transcends language.

Ozer, of course, offers their own take on “Fail Better.” The eponymous poem does the phrase justice by having little to do with the phrase itself as an idea. To “fail better” is not persisting in the face of adversity, but to inhabit one’s own imperfections, history, and mysteries:

“Put down the blowtorch / Please, I am trying to talk. I have never been a girl but I have always been comically sad. Love to be hurt / by magic. Love to kiss and be invisible mid-kiss. Love / to carry the lake home every bad open night. There’s always a light on. Mom used to dance through every room.”

The cosmic sadness that Ozer describes is born out with as much grace as they can muster, though there is anger as well; another highlight of Ozer’s collection is “When I Kiss You, A Casket Opens,” a raw poem penned in response to the Pulse nightclub shooting in Orlando in June of 2016. “This is not terrorism,” Ozer writes, “this is toxic masculinity / made in the USA.”

As a religious person myself, Ozer’s work challenged me. Their words met with both resonance and dissonance within my own theological imagination. But where Ozer got through to me most was in the opening lines one of the collection’s earliest poems: “I Still Have Very Old Hands & Here Is That Letter I Promised”:

“here is an idea: you are living on earth with me. / here is another idea: we are not alone / & never have been/never will be.”

Here Ozer is not writing to or for me, and I would never presume that they ought to. But I took these lines to heart, for here the mystery of Beckett’s original line is laid bare: that while we inhabit this earth as honest selves—and Ozer is more honest than most—we do so not apart, but together. Failing better is a group project. To return to Beckett one last time, we find that “fail better” is both cliché and not: “Try again. Fail again. Better again. Or better worse. Fail worse again. Still worse again. Till sick for good. Throw up for good. Go for good. Where neither for good. Good and all.”