We Sit There and Bleed 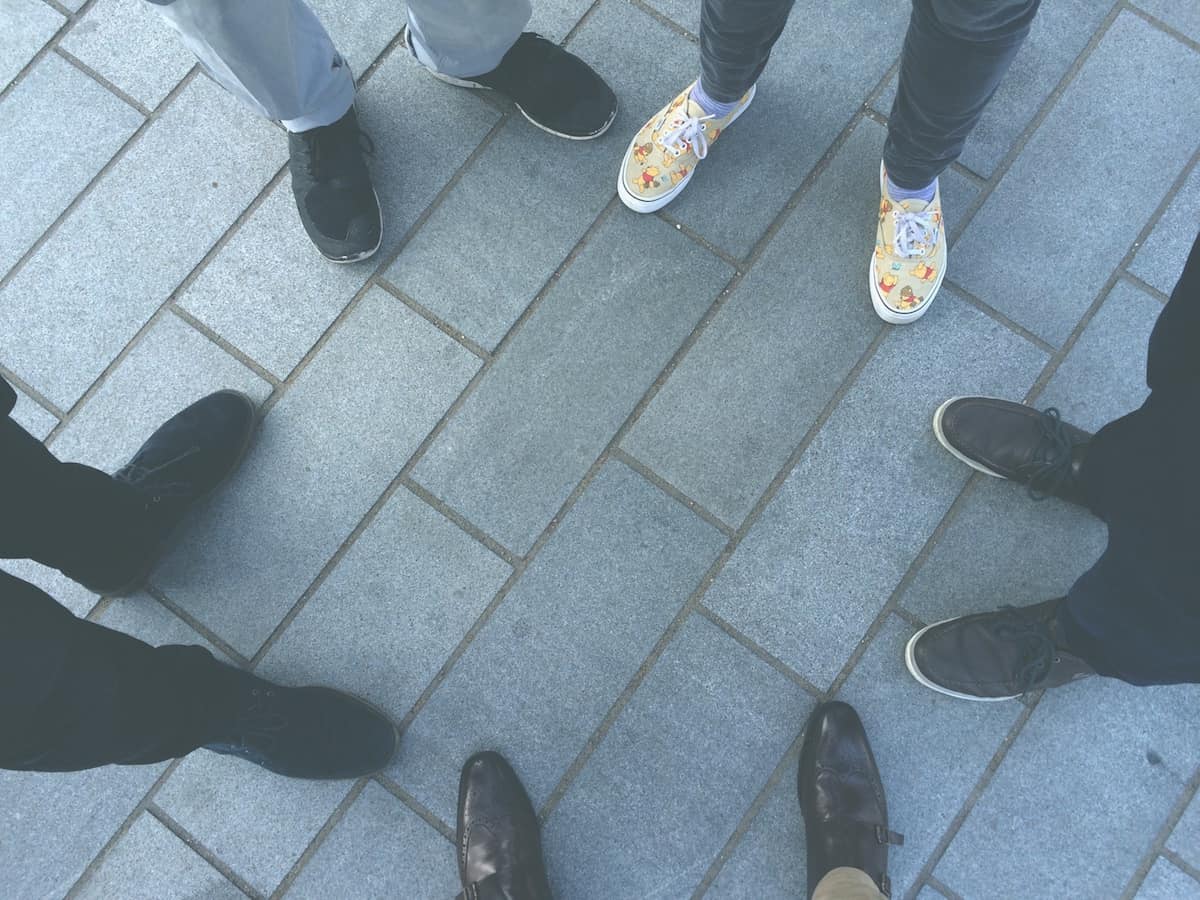 We slice our throats open and head out for the night.

Sara knows this dive bar where the toilets are painted to look like Trump’s gaping mouth. The four of us tie plastic bags around our necks and hop on the subway. By the time we arrive, the bags are full of blood. We ditch them.

I follow Sara, Janice, and Aban into the bar, and I remember that I’m wearing a stolen pair of Janice’s underwear as we sit at the counter. We order drinks. The bartender gives us this “You gotta be kidding me” look. She hands us some napkins and we stuff them in our leaking neck slits. Place is pretty small, dark. There’s a busted, graffiti-covered photo booth in the corner. We have nowhere to be except here.

“I’m not a fucking Muslim.”

Janice thinks the abscess below her belly button is haunted by the ghost of her racist dead grandfather whose nickname, for whatever reason, was “Candy.” She refuses to get the thing lanced, says it’d be murder.

Aban raises his Bud. “To you, Candy!” He takes a gulp. A wad of napkins falls out of his wound as beer and blood pour down his shirt. The bartender gives us that look again.

Janice’s underwear is sneaking up my ass. I shift in my seat as this guy next to us yells something about bombing the Middle East. “One big fucker to end all fuckers.”

“You think the solution is to bomb millions of people?” Sara says to the loud guy.

Loud Guy goes, “Fuck yeah! Add North Korea into the mix while we’re at it!”

Sara stuffs more napkins in her throat. She stares at loud guy with her one good eye.

“And the innocent civilians?”

“Fuck yeah!” says Loud Guy. “Unless they’re legal. Got no problem with that. Follow the law and we’re A-O-Fucking-K!”

Janice itches her stomach. “Candy says legal or not, screw them.”

“What about me, Candy?” Aban says, wiping blood off the counter.

“Says you’re OK for an Iraqi.”

I pick my wedgie while no one’s looking. The bartender ties her blonde hair back. I envy the casual way she twists the hair into a coil, then a knot. She’s done this a million times.

Sara has a glass left eye. White. All sclera, no iris. Says it sets her apart. “Sup with your big fucking mouth?”

“Easy, easy,” the bartender says. She chugs half a bottle of nail polish remover, chases it with some lemon water.

I chime in with, “Yeah, easy you xenophobic asshole.” Honestly, I don’t even care, I’m just feeling chatty.

“It ain’t xenophobia if you’re fine with legal immigrants, smartass.”

He’s probably right, I barely know what the word even means. I change the napkins in my throat. Blood and beer spills on the floor.

“Candy says you should pick a side,” Janice tells Loud Guy.

We sit there and bleed.

Loud Guy puts a coaster over his beer, heads to the bathroom.

“Gonna blow that up too?” Sara calls after him.

Loud Guy flips her the bird.

I catch a glimpse of myself in the bar wall mirror. I imagine long, brown hair. It’s straight at first, then a little wavy. I add shine to it. Too much. Little less. Perfect. I see myself effortlessly tying it back. No big deal, just a thing I do. Little shaving of the jaw bone and I’d be golden. A real catch.

“I think something’s wrong with Candy,” Janice says. “He’s not talking anymore.” She lifts up her shirt. There’s a dot of pus coming out the golf ball-sized abscess.

The bartender pours some vodka on a napkin, hands it to her. Janice asks if it’ll hurt him and the bartender shrugs. She places the vodka-soaked napkin on Candy.

“That’s fucked up!” Loud Guy yells as he sits back down. Both his wrists now have gaping slices in them. “You got Trump toilets in there. Jesus! Everyone’s pissing in his mouth! Way to alienate half the goddamn country.”

“Guess again, prick. I didn’t vote. The whole system is…”

Sara rubs her back, tells her Candy is with God now. Sara is Christian this week. Last week she was a Jain.

“You mean the type to believe in ghosts?” Aban says.

Loud Guy laughs, stuffs his wrists with napkins. Sara clenches her teeth, a little squirt of blood shoots from her throat. She goes, “OK, Aban, then what are we? What are we, if not God’s children?”

The bartender tells Janice she’s sorry for her loss, hands her a Bud on the house. “Finish it quick, then ya’ll need to leave.” Janice squeezes what remains of Candy out of her stomach. She kisses her fingers and presses them against the red, swollen skin.

“To Candy!” everyone says, raising their glasses. Even Loud Guy.

We finish up and pay. The bartender swallows the rest of her nail polish remover, grabs a mop and starts cleaning our mess while Loud Guy waves his beer, yelling, “Stardust and garbage!”

Outside, Sara tells us she’s thinking of getting a mirror eye next. “You could, like, see yourself while you’re looking at me. That can be my thing.”

“Too depressing,” I say.

Aban asks if it’s still taboo to use Uber, but none of us know, so we just order one. A few people pass by, bleeding from their own wounds. One woman in a Che Guevara shirt has gory holes through her temples.

We wait around, enveloped in a bouquet of pollution, blood, and beer. Then the car arrives and we get in. I look out the window, watch our puddles connect to make a glimmering maroon ocean on the filthy sidewalk.

You can see the stars in it. If you squint.