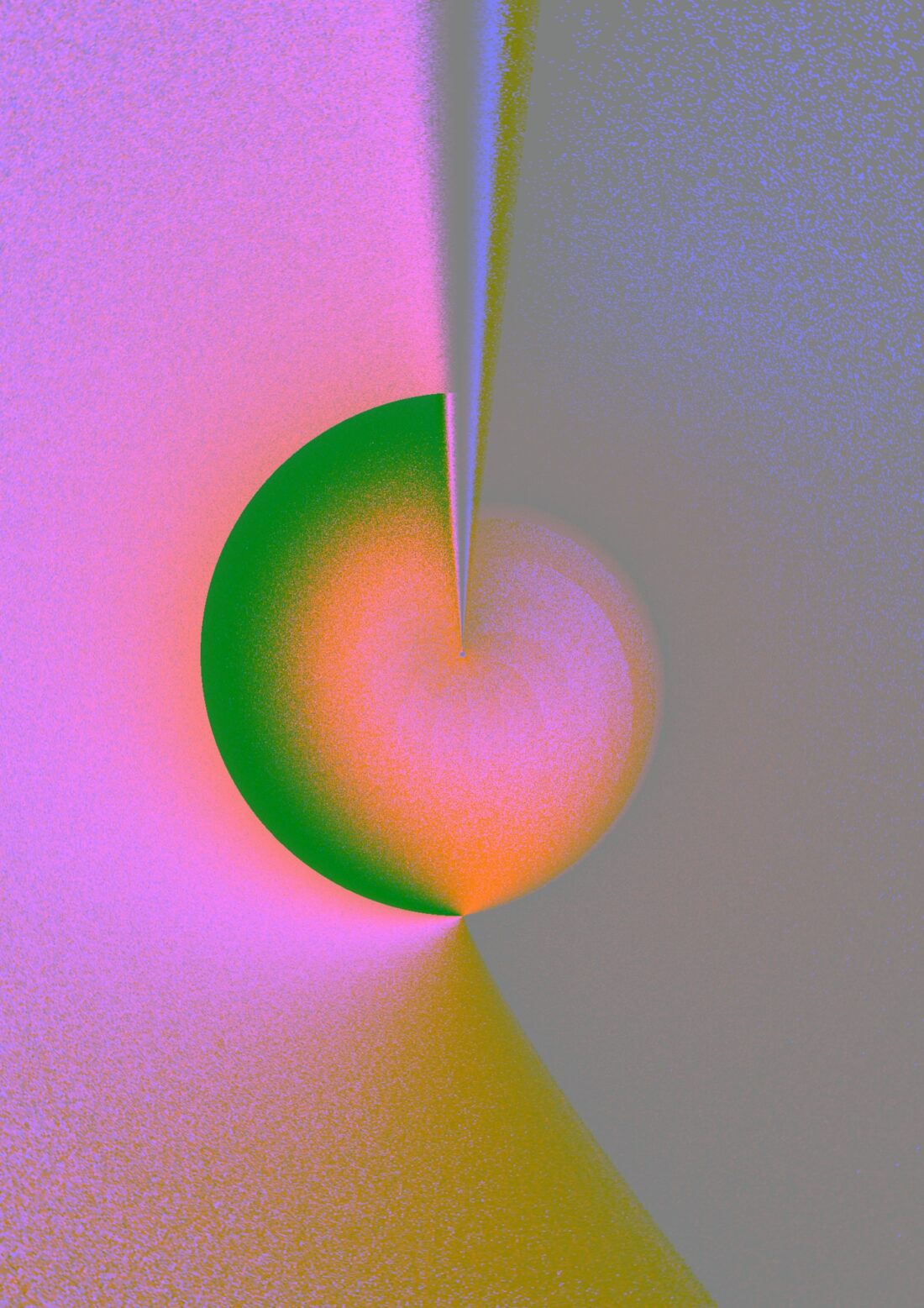 For as long as he could remember, Jalil had always been an Aghazade.

“It’s a term of respect,” his father used to say. “It means you’re destined to bring about great change.”

Jalil’s father was the one and only Alireza Modaressi, one of the twelve members of the Guardian Council, and the Friday Prayer leader in Qom, Iran’s holiest city. When Jalil was five years old, he’d gone downstairs one morning to grab breakfast, and he’d seen his father sitting at the kitchen table, dressed in full religious garb, turban and cloak, sipping tea with Ayatollah Khomeini, the Supreme Leader whom he’d seen on TV every day of his life. After that day, Jalil had realized the true power of his father.

Growing up, Jalil was never allowed to leave their mansion without permission. If he wanted to go to the park and play, their servant would have to call ahead, and Jalil would always show up to a deserted park that was closed to the public, just so he could play football with other little Aghazades, the sons of other powerful families, as security officers watched them nearby.

Jalil was homeschooled and forced to study the Quran day and night. His teacher, another young Aghazade, taught him every subject from math and science to religious studies, but Jalil’s favorite subject was art. He loved the work of Bahman Mohasses, the “Persian Picasso” who painted ghastly Minotaurs and grotesque creatures that haunted Jalil’s dreams.

“Why would he paint those things?” he asked his father once.

“Because artists are heretics!” his father replied. “They’ll be damned in hell on Judgement Day.”

Religious clerics abhorred art and viewed it as the devil’s distraction, but their hatred only intensified Jalil’s fascination. When he was 13, he told their servant to buy some canvasses and began painting secretly at night, drawing bowls of fruit with vivid colors that filled him with joy. After a year or so, his paintings took a Mohassesian turn and became absurdly grim: three-headed demons shrieking at the sky, men with tortured faces plunging into a lake of fire. Once, he even drew a little boy standing on a chair beneath the word Allah, looping the first letter around his neck like a noose. Jalil was shocked by the anguish that lurked in the depths of his mind.

When he was 25, he graduated from seminary school and packed his bags to leave for America. His father wanted him to study International Relations at Georgetown, and he didn’t know when he’d be back, so he stuffed his paintings in a box and tucked them away in the back of his closet, where nobody would find them.

At Georgetown, he went to class in full religious garb to represent the Islamic Republic. When other students found out who he was, they were either cordial towards him, out of respect for his culture, or they avoided him entirely. One guy named David was particularly obnoxious. David would show up to class with slicked-back hair and designer button-ups, and he’d take frequent bathroom breaks to powder his nose and come back twitching and sniffling, jumping out of his seat to engage in political discussions.

“All I’m saying is, you people are fucked,” David told Jalil one day after class. “You Iranians have the audacity to attack an American tanker in the strait of Hormuz. What the hell were you thinking?”

“Well then who did?”

“Oh c’mon! This is what you guys do every time: deny deny deny!”

“I’m just being honest with you.”

“Oh are you?” David chuckled derisively. “You should be careful about what comes out of your mouth when you talk to me. Do you know who my family is?”

“Let me put it this way: my father was in the Situation Room last night with the president and his staff. They’re gonna send B-52 bombers to your country and blow you to smithereens.”

Jalil was concerned. Powerful Americans like David’s father were nationalist hawks, and war with Iran was a real possibility. He wished that he could somehow build kinship with David’s family, so that night he went home and began a new painting. He painted the word Allah with intricately intertwined Persian letters, the first three letters shooting up to give the illusion of stripes, and the tashdid overhead peppered with glitter to resemble fifty sparkling stars.

“This is for you, my friend,” he presented the painting to David before class the next day. “It’s a little gift that I made. It’s the Muslim God, but if you turn it sideways, it kinda looks like an American flag. In Islam, we’re all considered brothers,” he gave David’s shoulder a tender squeeze. “Give my love to your family, will you?”

David turned white as a ghost. He stared wide-eyed at the painting, turning it this way and that way to admire it.

“This is, uh, incredible,” he muttered.

“How did you even do this?”

“I’ve been painting for a while.”

David’s expression softened and he fumbled over his words, trying to say thank you. He squared up and gave Jalil a firm handshake. “You know, my father paints too. He volunteers at the VA hospital and paints portraits of wounded veterans.”

That weekend, David sent Jalil a wonderful email about how much his family loved the painting and how they’d hung it up in their living room. Jalil called his father in a cheerful mood to relay what had happened, but his father wasn’t pleased.

“You know I don’t care for artistic foolishness,” his father said.

“But dad, I’m telling you, the family is really happy. This is a good thing.”

“We’re on the brink of war, and instead of stepping up to be a leader, you’re over there drawing pictures!”

“I’m trying to build connections, dad. And I think I’m–”

The line clicked and Jalil knew that his father had hung up. He stood stock-still, rubbing his eyes in frustration. He wished that his father could’ve seen the unexpected jubilation on David’s face, the glint of confidence in his eyes when he’d shaken Jalil’s hand. It was obvious that the painting had moved him, but Jalil was so shaken up now that he didn’t know whether he’d made the right decision.

The next day, when Jalil was eating lunch in the cafeteria, the evening news blaring from the TV mounted on the wall showed Iran’s president signing some papers, along with four jet-black planes flying menacingly over the ocean. The caption beneath read, “Consensus reached, but B-52 bombers send a clear and unmistakable message.”

Jalil grinned. He knew exactly what would happen. The bombers would fly around aimlessly for a while, and some kind of Navy battleship, the USS Something-Or-Other, would be stationed near the Persian Gulf for a few months, just to make it look like something was going on. But there would be no aggression, no military intervention. It was all a show, a bunch of political theatre. Somewhere, his father was probably sitting cross-legged against a cushion, sipping tea in front of the television and smiling at his colleagues, at all of the big-wig clerics who would take credit for having thwarted an American attack. They’d joke that America was all pomp and pretense, no longer a global hegemon capable of policing the world, and that the Islamic Republic was an emerging power that sent shivers down Western spines.

More than anything, Jalil thought about his painting and his father. His father would probably spend about two seconds wondering whether the painting had truly made a difference, and that two seconds was all Jalil needed to feel inspired, to know that he wasn’t just an Aghazade, but an artist capable of enacting great change.

A few weeks later, at the end of the semester, Jalil found a package in front of his apartment door. It was from David. He opened it and saw that it was a painting of a man lying in a hospital bed with an American flag draped over him like a blanket, his head bandaged and his casted leg propped up on a few pillows. He was staring ahead, smirking and holding up two fingers, a sign that Jalil knew meant peace.