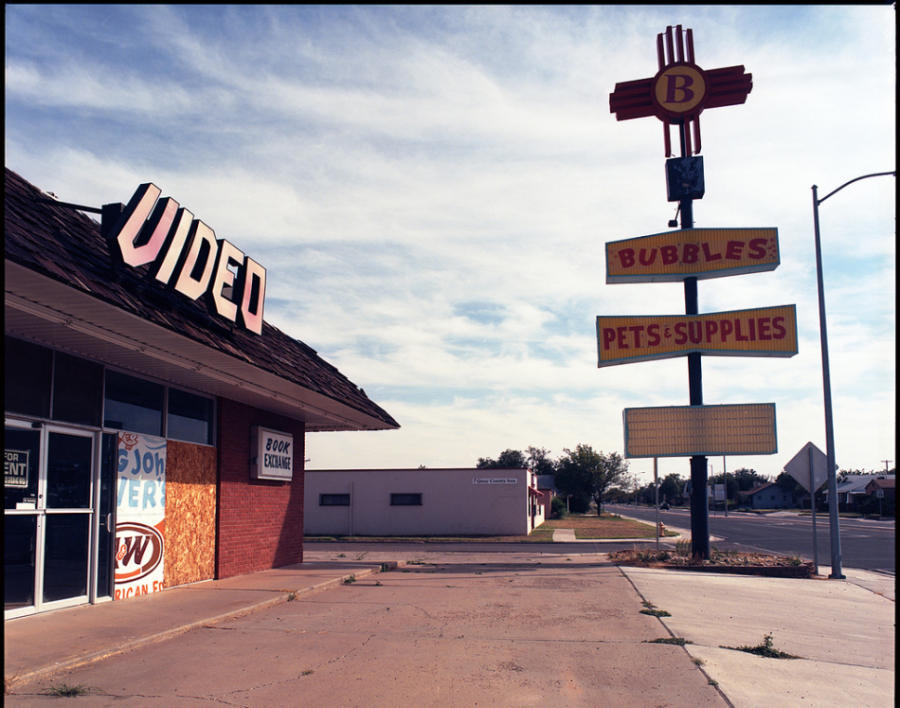 “Judas Christ, this all looks like the Coyote and Roadrunner cartoons,” Val said. “This is some kind of surreal moonscape or…what the hell is this.”
“You ever seen dried up lava fields? The breeze whistles The Funeral March ‘round four every afternoon. And Pele comes like a siren from within and makes sausages for all the wide-eyed tourists.”
“Christ. Funeral March. Who the hell is that.”
“Chopin.”
“All right. I’ll see you that and raise you a walk on the circumference of the meteor crater in Arizona.”

We had been through the worst storm of our lives. The crosswinds shook us all the way from Amarillo into Tucumcari. The hail was, at times, baseball sized. Later, in the motel, we watched on the telly gusts hit up to 85 and footage of a poor sap sporting a mullet in an orange Karmann Ghia close to Palomas who had been blown over and violated by the elements. We ate mealy letters made from gelatinous pasta straight out of cans and flipped on through the local channels: college b-ball, The Clapper, I’ve fallen and I can’t get up. We smoked in the bathroom with the fan on. Then later. In the tub. Each one of us separately. Our personal time alone with a can of Olympia beer: It’s the Water!
(No, it’s the economy, stupid!)

“There’s nothing here.”
“People live here.”
“Where. In the ground?”
I put gas in the tank and Val lit up right at the pump.
“You’re gonna kill us.”
“We should maybe send a postcard,” he said.
“You’re right…I feel like we’re in a John Ford movie.”
“Missing you, wish you were here…or…wish you were missing…”
“Tumbleweeds would make it perfect.”
Val laughed. And spat into the dust. His coagulated saliva made a little wet crater. He kicked up brown earth and covered it up in a weird gesture of respect.

I bought a handful of arrowheads and two Kachina dolls from an Indian stand next to the gas pumps. The man selling was very old and had a dusty cowboy hat. I hated cowboy hats. I hated cowboys.
“Fuckin’ Indians,” Val said, “they despise us.”
“They’re right.”
“Why. We’re not even from this country.”
“That’s why.”

Alex is author of the novella “Short Lean Cuts,” available at Amazon, Barnes & Noble, Powell’s Books, and So & So Books (Raleigh, NC). He is also author of “Gears,” a collection of stories from Independent Talent Group also available at the aforementioned retailers. He has published fiction in Guernica, [PANK], Specter Literary Magazine, The Prague Revue, The Stockholm Review of Literature, and others.