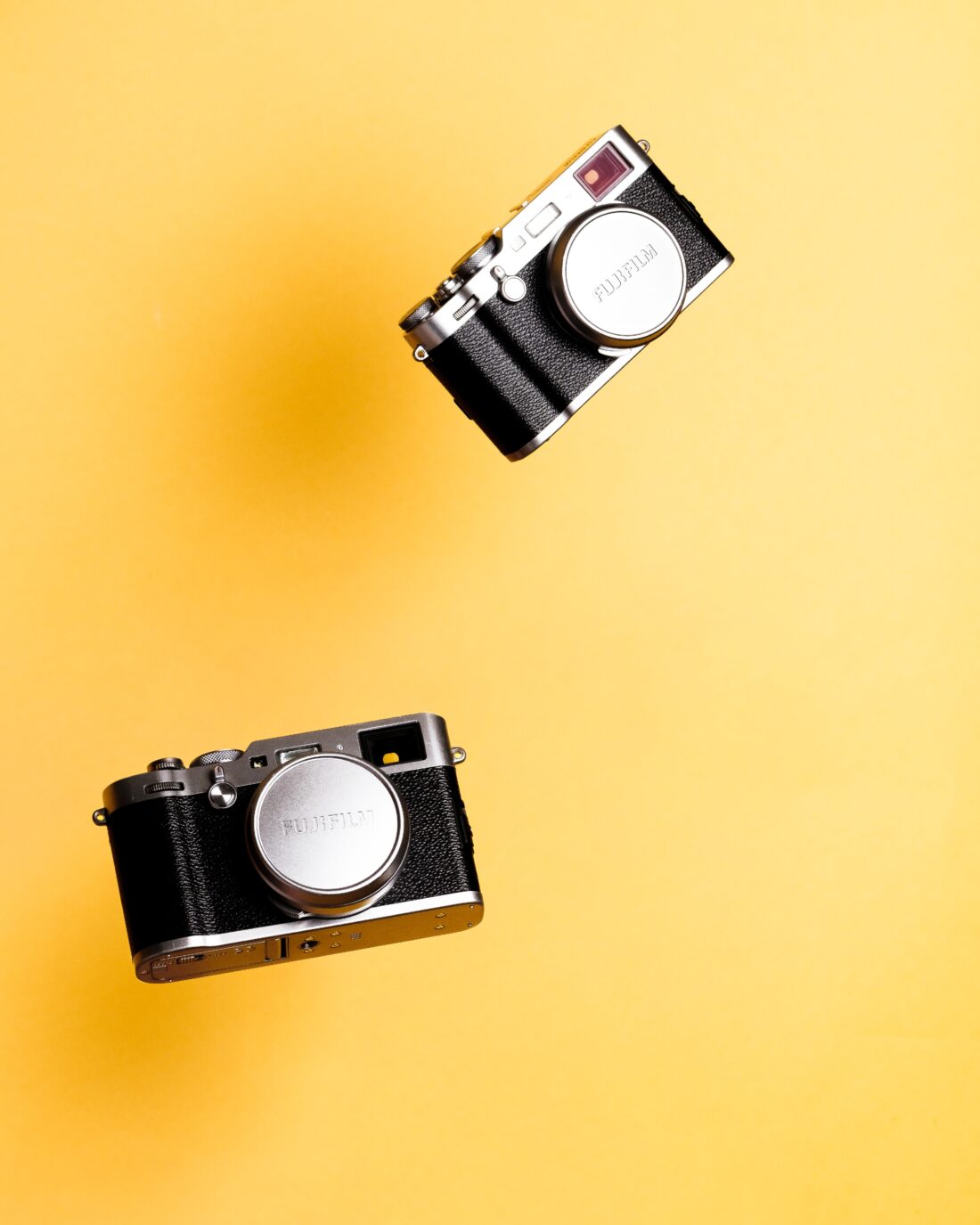 I was a rookie detective investigating my first homicide. I knocked on the suspect’s door, and Ryan Gosling answered, wearing a bloodstained bowling shirt. I did not notice the blood at first. I was too distracted by his beautiful blue eyes. He was the perfect specimen of man. He looked like the kind of man who could nurse a sick puppy back to health. I told him that I was investigating his eyes. Then I said that I was investigating a murder, which occurred the evening before at Lucky Strike Bowling Alley.

Ryan Gosling stated that he knew nothing about it. I said, “Your beautiful hair was at the crime scene.” Ryan Gosling replied, “I am not sure how my hair could have fallen into someone else’s possession.” I told him that the victim’s name was Jared Leto. Ryan Gosling said that he knew Jared Leto. The two of them had an ongoing rivalry as the two best bowlers at Lucky Strike. Then Ryan Gosling said, “Jared Leto got what was coming to him.” I asked him for his alibi. Ryan Gosling told me that he was a part-time butcher and that he had spent the night before slicing brisket at his deli.

Without any hard evidence, I said that he was not under arrest. Then I asked him for a hug. He was hesitant, but I made it clear that it was purely platonic. Some of the blood from his bowling shirt got on my uniform, but I did not notice until I got back to the station. I was in a fantasy where Ryan Gosling and I were the two best friends that anybody ever had. The forensics team ran a DNA strand test on the sample, and the results came back that the blood indeed belonged to Jared Leto. I was so happy to have an excuse for returning to Ryan Gosling’s house, even if it was to place him under arrest.

I was nervous when there was no answer at the front door, and I thought maybe he had skipped town. I decided to break in through the window. There was no sign of him on the first floor, but I could hear a metallic rasp coming from the basement. I followed the sound until I found Ryan Gosling, standing over a meat grinder, holding Jake Gyllenhaal upside down by his ankles. Jake Gyllenhaal’s lower body was in a gory mound on the ground. I initially considered calling the paramedics, who I thought might have been able to separate the grinder from its housing so that the leftovers of Jake Gyllenhaal could remain, maybe in a museum, where future generations could behold the once promising young thespian.

Then I looked into Ryan Gosling’s eyes. He was still very much alive, and still very much baby blue. “It’s all over now,” he said, slowly walking toward me with his arms wide open in anticipation of my embrace. I figured that there was no use ruining any more lives than necessary, and wrapped my arms around Ryan Gosling. For that moment he held me. I mean really held me. Then Ryan Gosling reached for a hammer on the shelf behind him and knocked me out with the pointy end.

As a group of paramedics entered the basement, I pretended to be asleep. My spine aligned along the concrete floor as they delicately compressed my chest to keep my ribs from breaking. They pressed until I coughed, just soft enough that it could be presumed a postmortem response. Then the paramedics pushed with enough force that the pressure pulsed from my sternum through my skull, forcing my eyes open for the first time in several hours, which caused me to blink repeatedly as my retinas adjusted to the flashlight shining down on my face.

I noticed several FBI agents standing behind the paramedics. Gillian Anderson and David Duchovny were the lead investigators. They both stared at me with nondescript expressions that said, “I have seen this type of thing before. This is nothing new.” By that point, I realized that there were going to be a lot of questions, and I needed to come up with an excuse for being in that basement. I told them that I could not remember anything because the impact of the concrete against my head had scrambled my memory. Gillian Anderson said that I had experienced traumatic brain injury, also known as amnesia.

David Duchovny told me to quit bullshitting, then left the room for approximately five to ten minutes before returning with the most beautiful photograph that I had ever seen. “Looks familiar, does it not?” asked David Duchovny. I said, “No.” Then I said, “That is the ugliest man I have ever seen.” David Duchovny looked at Gillian Anderson, at the photograph, then back at me. “Are you prepared to repeat that statement while hooked up to a polygraph machine?” I agreed, and after approximately fifteen to twenty more minutes had completed their test.

Gillian Anderson told me that according to my skin conductivity, I indeed believed that the person in the picture, the presumed suspect, was indeed the ugliest man I had ever seen. She told me that I could go home, and after reminding me exactly where I lived, decided that it would be better for her to drive me there. David Duchovny felt bad about doubting my post-traumatic condition and volunteered to take me instead, which was agreed upon after I told Gillian Anderson that I forgave David Duchovny, and wanted to talk about guy stuff.

On the way back to my house I asked David Duchovny if he would be willing to stop by a dark alley across town where I could buy some painkillers from a drug dealer because my headache was killing me. He told me that it was highly irregular. I repeatedly asked him whether or not he remembered earlier when he cursed at me and called me a liar. He eventually agreed to help me buy drugs. When we arrived at the dark alley, I got out of the car and pretended to feel very dizzy. After collapsing onto the ground, David Duchovny rushed out of the vehicle and asked, “Are you alright?”

Those were his last words before being knocked out cold, blindsided by a beaming Ryan Gosling. “Is he handsome enough for you?” I asked, looking into his beautiful blue eyes. “He will do just fine,” replied Ryan Gosling. Then we loaded David Duchovny’s unconscious body back into the car and drove to Ryan Gosling’s house before anyone could spot us.

Ryan Gosling was taking an extraordinarily long time deciding how he wanted to dispose of David Duchovny. Since the police had taken the meat grinder as evidence, he was trying to come up with something more creative. He looked around the basement uninspired. I suggested that we hurry because Gillian Anderson would probably be breaking down the door at any moment in search of her missing partner. Ryan Gosling told me that I, as the inferiorly handsome man, should keep my comments to myself unless I was speaking with the specific purpose of complimenting his good looks.

I started to feel as if the entire situation was an opposing factor to my integrity, sanity, and sobriety. I hoped that one day I would be able to look back on my time with Ryan Gosling and laugh. There was no going back because presumably David Duchovny would not forgive me for leading him into the den of a murderer. My best option, I decided, was to plead temporary insanity, attributed it to the hammer’s impact on my brain. In the meantime, I slowly moved toward the shelf where Ryan Gosling got the hammer.

Atop the shelf was a chainsaw, which, before I became lucid, had suggested we use to chop up David Duchovny into little pieces. Ryan Gosling rejected my suggestion, calling it, “Cliché amateur bullshit.” I picked up the chainsaw and tried to rev the engine. Ryan Gosling laughed and said, “There’s no gas in it, stupid.” He pulled the hammer out of his tool belt, and, with a deranged look on his face, charged toward me at breakneck speed. I swung the chainsaw in self-defense, and inadvertently sliced open Ryan Goslings jugular with the teeth of the blade. Blood squirted everywhere. David Duchovny sprang up and cheered, “Hooray! You got him.” I caught Ryan Gosling as he fell, and pinched shut the severed artery by reaching my hand into his throat. David Duchovny told me to “Let the bastard bleed out,” but I was a vegan. I valued all life.

I called the paramedics, who took Ryan Gosling to the hospital where he got three hundred stitches across his neck. The traumatic incident led Ryan Gosling down a spiral of nightmares and chronic depression. Eventually, he was able to cope with his demons through intense psychotherapy and The Power of Now by Eckhart Tolle, which he read over and over again on a never-ending cycle.

David Duchovny made it out of the basement unscathed, and while he did not arrest me due to my foolproof temporary insanity defense, I did have to turn in my badge and resign from law enforcement forever, which I was more than happy to do. I was experiencing insomnia ever since the incident of accidentally almost murdering Ryan Gosling, the man I most admired in the world for his handsomeness, when really he was just another egomaniac set on slaughtering innocents. Self-centeredness was my biggest pet peeve.

That night, I went bowling. I rolled a 220, and garnered the respect of everyone as the new best bowler at the Lucky Strike Alley. I didn’t care about the score, but I was happy to make some new friends. It spurred my imagination to generate a utopia where only the most spectacular moments existed. It was a natural extension of the universe, carefully maintained, and an idealistic revelation of what human beings at their best were capable of—a society where love was the transmogrifying construct that abolished antipathy.  I rolled the bowling ball and reflected on where I was going, and where I had been, trying to stay upbeat as the world continued to spin.