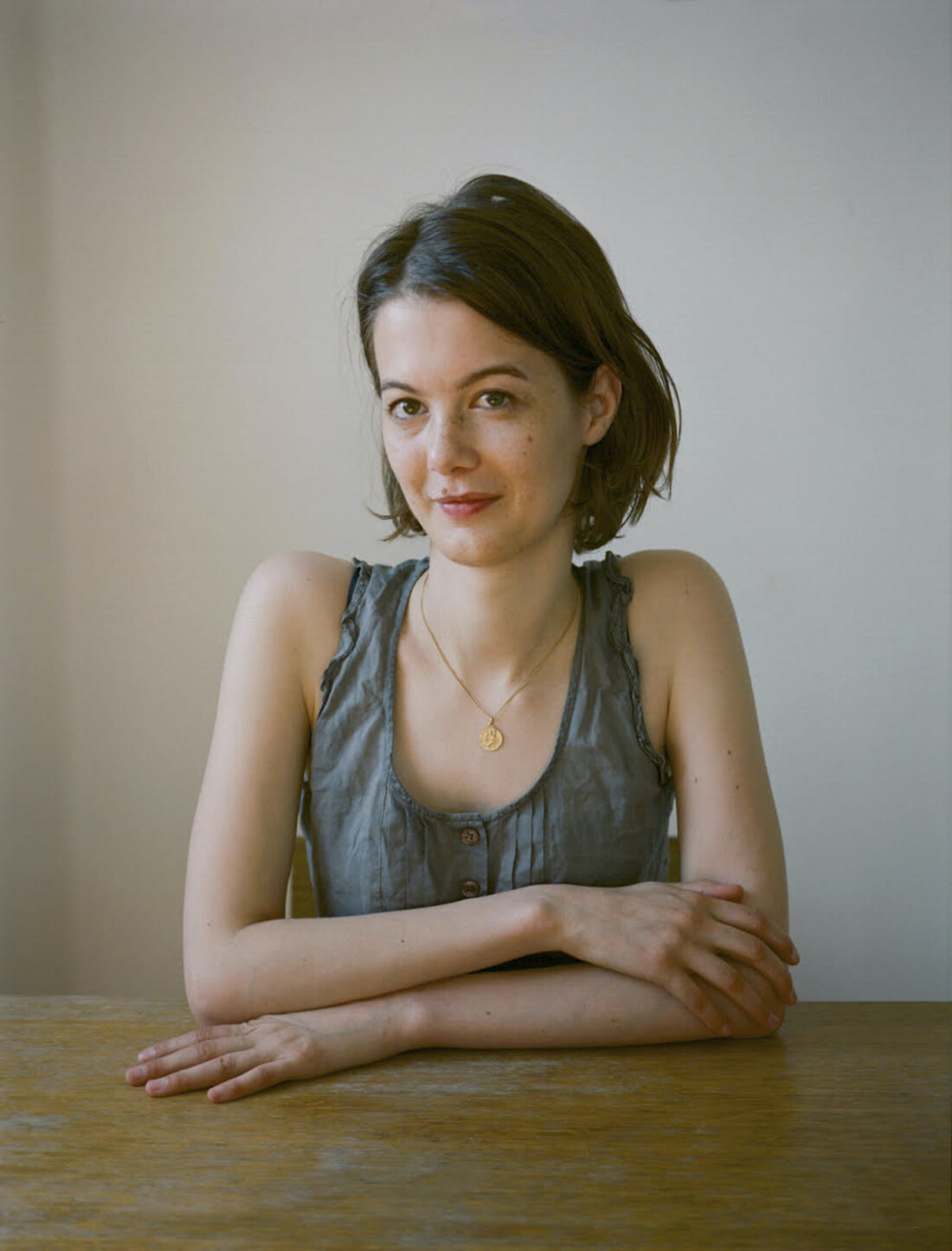 The Process of Writing Is Necessarily Invasive: An Interview with Lucie Elven

The Weak Spot is the first novel from Lucie Elven and Soft Skull Press ushers it into our lives at precisely the right time. A young woman relocates to an isolated mountain town—accessible only by funicular—to begin an apprenticeship at the local pharmacy. Soon, she is entrenched in her new community; lulled by the gossip and political aspirations of her townspeople. What follows is a fabled study of power and uncertainty, tempered with a deliberate and even-keeled slowness that parallels the ambiguity of the past year.

Below, I speak with the author about her process, the landscape that inspired The Weak Spot, and the power of language:

Hi Lucie, thanks so much for taking the time out to chat with me! Where are you writing from, and how are you holding up?

I’m sitting at my kitchen table in Bethnal Green, London. Our second lockdown just ended over here. I’m a massive claustrophobe and I am delighted.

How have you been spending your time in lockdown?

The first lockdown I spent finishing my book, mostly, working two jobs, and moving house. The place we moved to is next door to a pharmacy, appropriately, and at the crossroads between all these different areas. I would get up early to meet friends in the nearby parks and squares, work during the day, and take long late-night walks to explore. This second lockdown has been relatively peaceful and relaxing in comparison. I bought a bike, which has given me a real kick.

The Weak Spot is forthcoming next February via Soft Skull Press. How does it feel to have your debut novel coming out in the world?

On the one hand, it’s not something I really believe is happening. On the other, it’s very important to me. It feels personal and I worry, of course. I’m especially unsure how it will be read during such an uncertain time. I’m not sure people will want more ambiguity in their lives right now, but maybe we’ve built up a tolerance for it.

Could you tell us a little bit about the beginnings of The Weak Spot? How long did it take you to write the book, from start to finish? At what point did it feel “done”?

When I was a child every summer we went to a rural part of France where my family is from. Some years it was so hot we spent most of our time indoors or making things in the cellar. Occasionally we would go out to the pharmacy. It was a very different atmosphere there: calm, cool, modern. I forgot about this sense of relief I felt in the pharmacy until I heard that a friend of mine was living on an Antarctic island where the pharmacist exercised enormous social power and was an inveterate gossip. The two narratives clicked together, and I began to wonder what the pharmacists in these small towns in the rural countryside know about people’s lives, as well as their health, and what power that gives them.

When I began writing, in mid-2018, I had just finished a consuming editing job where I felt I couldn’t see beyond the end of my nose. I had been working with other people’s stories for several years, as my narrator does in the pharmacy. It’s a job in which you quickly become aware that listening in certain ways can cause people to flourish or retreat. Those methods of listening were on my mind.

At first, I thought I was writing a short story and I sent it to Diane Williams at NOON. She was encouraging so I kept going. When I realized it was a novel (or, at least, a heavy novella) it became important to me to have a sense of direction, that it should feel emotionally coherent and, I hope, organic. It took me two years from start to finish. It felt done when I worked out the final paragraph, which really did come right at the end of writing.

The mountain town in which the novel is set feels soft and placid; the landscape creates an almost hushed mood for the story—did you have a specific location in mind that inspired you? Perhaps a town it was based on?

Yes, it’s set in a landscape that’s emotionally and physically familiar to me. My mum’s side of the family comes from a region in France called the Auvergne that’s extremely rural, and it’s based on that. I mention that in literature, it’s a region where people hideout if they’re on the run, a place of refuge for lawbreakers and wild animals. There’s a striking castle we sometimes go for walks toward, at the top of a small mountain, and I was picturing that for the abbey above the town. It has a graveyard that just tumbles off the mountainside. The mountain has two different faces depending on what direction you approach from: one that’s gentle, a rolling, green slope with a village on it, and another that’s worrying and aggressive, with rocks and brush and needles. It feels at once safe and dangerous. I translated some of the names of nearby hamlets for the book: Cut-Throat, Escrow, Hello, Relief…

In The Weak Spot, the narrator inserts herself into a close-knit mountain town, which brought me back to your story in Granta, “The Break-up of the Ice” — a writer moves onto an island, and similarly inserts himself into a small community across the water. I’m curious: what moves you to write about this kind of intrusion?

Good question! I hadn’t thought of that. My narrator is also intruding into the past, as we do when we write. She’s trying to regain something from her childhood by going back to the town: it’s a place she came with her mother before it was acknowledged that her mother was ill. Going back to the town is a way of suspending time. Maybe that accounts for the feeling that it what is happening isn’t quite real, that it’s a kind of fable.

She is someone who thinks having her own narrative is a sort of intrusion on everyone else’s. Expressing herself feels really reckless to her, as it sometimes does to me. The process of writing is necessarily invasive.

The book has a cast of striking, peculiar characters—August Malone, the pharmacist; Mr. Funicular, the costume-maker; Helen Stole, the town’s teacher. What drew you to these specific occupations for your characters? I’m especially curious about the etymology of their names.

I kept the names that I had been using to refer to the characters in my head. I haven’t found a way of naming people that doesn’t feel stifling. At this point, I want to do what Olga Tokarczuk’s old lady narrator does in Drive Your Plough and reject naming conventions altogether. I didn’t give my narrator a name, which allows her to have some freedom, I hope. I agree that Mr. Funicular’s name is peculiar – he’s called that because he drives the funicular that goes up to the town and down again. But the characters aren’t peculiar people. They aren’t people who spend their evenings in bars in Brooklyn, that’s true. But several readers have told me they have had a Mr. Malone in their lives. More than any individual character, I was interested in the dynamics between them. The other thing that was central for me was the emotional progress of the narrator, who is largely oblivious and then sometimes has these great bursts of shame. Helen Stole was named after an important woman who once lent someone I know a stole at a party, whose surname turned out to be Stole. I found that funny. August is a grand name, a cruel and ambitious one, and Malone is plain.

Under Mr. Malone’s tutelage, the narrator spends much of her time presenting and posturing her words (with medical detail!) for an audience, the pharmacy’s clientele. The book does a fantastic job of pulling language into focus, highlighting it as a tool for both empathetic understanding and manipulation—was the power of language something you had set out to write, or did it surface as you were writing?

Thank you! It surfaced as I was writing. Something that kept coming through was the idea of pinning things down versus letting them go. And language can be a way of pinning things down. Naming, creating a particular narrative out of events, telling someone what you think they are like – they can be manipulative. And writing a book, even a short one, is taking control. My narrator is breaking from the stories that have been imposed on her since childhood, and out of her position as a listener. I really sympathize with her desire to find a method, a way of listening that will make people thrive, rather than articulate herself. For a long time, she uses trick phrases to dissociate from her own experience. Mr. Funicular is more comfortable with using language in a fluid way, leaving ambiguity.

Do you have a ritual when it comes to writing—a specific time, or day, or perhaps a particular space where you prefer to sit down and write?

I usually write in bed. That is, I did until lockdown came along and my neck and back started to ache. It’s called ‘tech nech’, apparently. So now I work at the kitchen table and my sheets have fewer tea stains on them. But I wrote the whole book lying down. I don’t have a good routine, and I am slow but, weirdly, getting a bike has helped.

What are you working on at the moment?

I’m trying to pull together some short stories and some nonfiction articles.

This is a tricky question in 2020, but one I feel compelled to ask: what books have you read and loved recently?

I recently loved the story ‘The Wishing Table’ by Anne Serre from The Fool, and Patricia Highsmith’s The Price of Salt. Right now I’m reading and loving Souvankham Thammavongsa’s How to Pronounce Knife and First Loveby Ivan Turgenev.

Over here, Burley Fisher Books, the LRB bookshop and a small bookshop called The Second Shelf in Soho. In the US I have fond memories of Dog Eared Books (on Valencia) in San Francisco. I was only over for a few months but I got so many great books there. I’m also a big fan of public libraries.

Thank you so much for speaking with me, Lucie!

The Weak Spot is out now from Soft Skull Press, and available wherever books are sold.