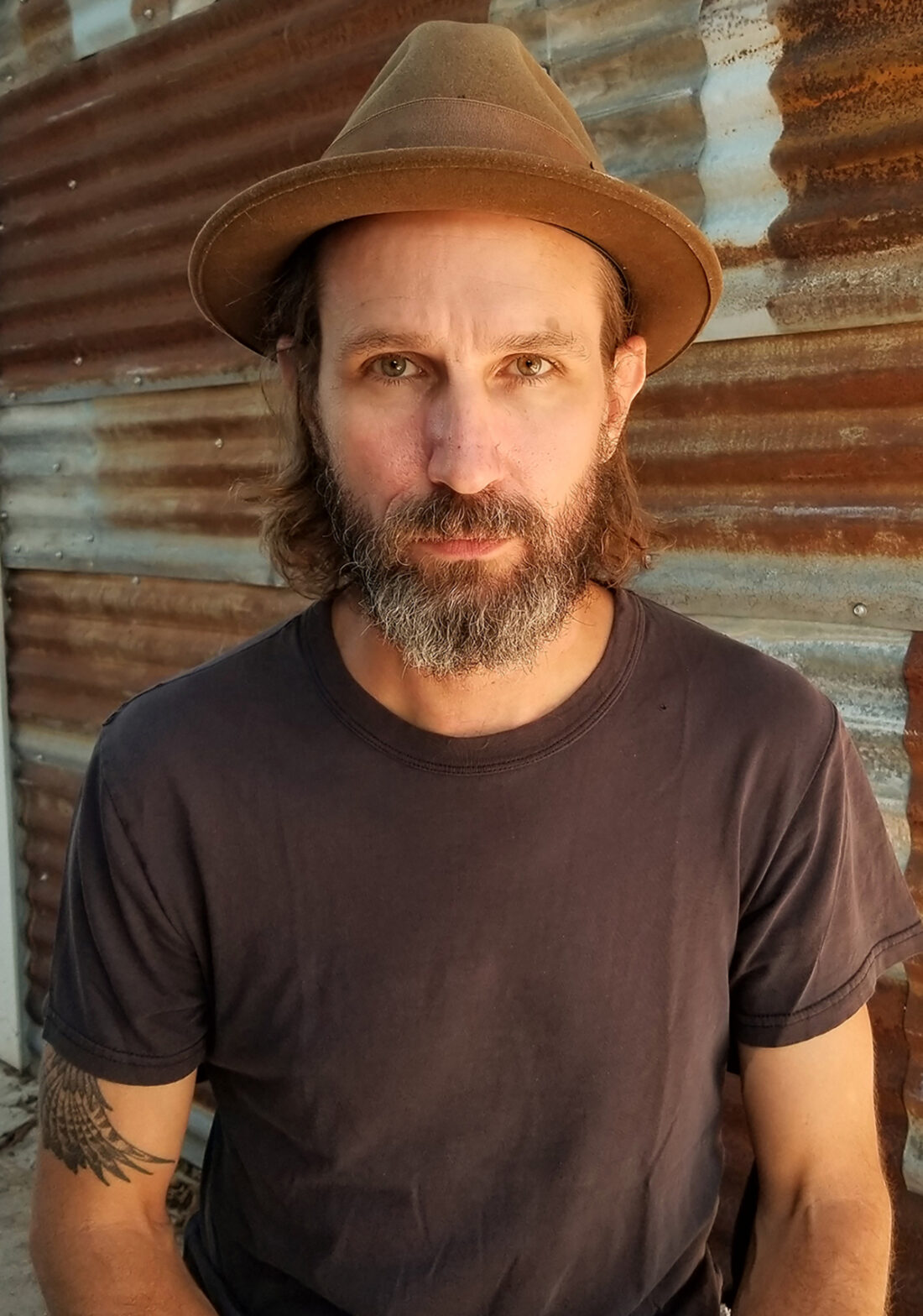 No Voice Was Expendable: An Interview with Will Johnson

Though you might recognize Will Johnson as the voice behind Denton-based band Centro-Matic, his debut novel warrants a distinction of its own merit. If or When I Call is a book written after dark, and the shadows of its creation are apparent at its very onset: Parker drinks to cope with an undiagnosed disorder, the blackouts and seizures from which cause his marriage to crumble. His wife Melinda moves out and settles into a relationship with the wrong man. Their teenaged son Ben rummages for reason in his family’s suffering. But If or When I Call is more than just a portrait of a family with their chips down. Between those smudges of darkness, long breaths, static, and cold sweats—an indelible narrative emerges, making the reader question the independent validity of human co-existence.

Below, I speak with the author about quarantine, writing while juggling multiple creative projects, and the beginnings of If or When I Call, forthcoming from Goliad Media in 2021.

Hi Will, thanks so much for taking the time out to chat with me! Where are you writing from, and how are you holding up?

I’m in Austin, Texas, painting a lot and laying low with my family. We’re doing alright – in the throes of online distance learning, and still finding our fun as safely as we can.

For the most part I’ve been making paintings. I made and released a new record in the summer. Our family has enjoyed a few small getaways, and my wife and I have been trying to help our kids with school. It’s not much different from my “before times” life, other than that touring has been wiped off the books.

You’ve been called “one of the most prolific artists in American indie rock” by Otis Gibbs; your paintings have been displayed in galleries across Texas, New York, Indiana, and Alabama—what inspired you to turn to writing?

I’ve written on and off for years, but a couple summers back I went to Mexico and late one night, got the notion to start in on a short story. It was originally meant to be part of a handful of short stories, but that first story (“Renewal”) eventually turned into this book.

How long did it take you to write If or When I Call, from start to finish?

Maybe a year and a half, all told. I took breaks here and there because of the touring, and just to back away and try to see the broader scope of the story a little better. It felt right to take a breath with it now and then.

What was the process of writing this novel, especially while juggling multiple creative projects? How did you separate these processes?

It was fairly unglamourous, and in spurts. Much happened late at night once the kids were down, or on planes, in hotel rooms, or via voice notes on my phone. A lot of it came together between parenting, homeschooling, painting and recording. Some days the lines were clearer than others, but most of the time it involved sneaking an hour or two whenever the daily schedule would allow for it. I’ve been used to making records for more than half my life, which take maybe a couple of weeks at a time to make. With the book I quickly found I needed to re-train my brain and get used to the idea that it may take a year or two. Of course that’s the way it’s supposed to be, but there was a mental recalibration of sorts.

Could you tell us a little bit about the book’s beginnings? A portion of If or When I Call was published in Issue 69 of American Short Fiction in a story titled “Renewal” — did you suspect, back then, that the story would branch into a larger work?

Not at first. As I mentioned, it started as that short story, but as that summer went on I found that I wanted to explore those characters more. I wanted to get to know them better, put them in different situations, and intertwine and connect them a little more. With that, I just kept writing.

There’s a Wiley Cash quote on the cover: “Lives in small towns are not small.” What drew you to this line in particular?

I didn’t personally pick that line for the ARC, but I like it. I think it sums up some of the complexities of these characters. Just because these people are from a place most people wouldn’t travel to, or through, doesn’t mean their lives, problems, joys, victories, heartaches and failures are insignificant. To me their nerve endings are just as awake as anyone’s in a big city or a more known location, and in that way I think we’re all more connected than we might think.

Time manifests quite poignantly in your book. Parker meets Melinda, they’re at the bar, and cut to: they’re married, with a kid, and Parker’s having these seizures. It’s nearly cinematic. What propelled you to begin with this scene at The Lantern?

Something about the Lantern’s bustling setting seemed like a good place to dive into the interaction of Parker and Melinda. Amidst all the music, drinking, festivities and the shitty bowl game on TV, I wanted their connection to cut through and represent itself. I felt like it was a good place to introduce something intimate and concentrated amongst the background of holiday chaos.

How do you know when to move forward in a narrative, and when to linger in the moment?

Most of the time it’s gut instinct. I try to put myself in the position of the reader, or the listener, and ask myself if I’d want more detail with this scene, or if it should be left as it is. Sometimes I struggle with it, but often it’s as if an alarm goes off in my head if I’m running on too much. That’s when I back up, economize as best I can, and find that oftentimes less is more.

If or When I Call is sprinkled with music references throughout: there’s the Eric Clapton song “Wonderful Tonight” that Parker hates, the Tom Petty Wildflowers CD Melinda reminisces about, Maureen’s old Antonio Bribiesca records. These often feel like Easter eggs, representative totems for each character. Do you have a personal relationship with these songs and records? Is there a way you hoped these would be interpreted for each respective character?

I have a strong connection with a few of them, and others I just thought fit their respective scenes. Early on I knew I wanted John Moreland’s “Cherokee” to have a spot in this book. He’s a good friend, so once I found the spot where I thought it fit best, I wrote to him and asked if I could include the lyrics. Petty’s “It’s Good To Be King” felt similar. The outro of that song (to me) is a cinematic piece of music unto itself, and I found a place for it in the book pretty early on. Some inclusions were more spontaneous, and maybe more playful. The Conway Twitty and Dwight Yoakam songs feel like examples of that. There were many times during the writing, where I felt like a short film was playing out in my head. Of course with film often comes the element of music, so to (hopefully) enhance the stimulation of the passages I felt the need to include musical references as the story moved along.

Writing is a lot more solitary than recording music—what was it like to work on a project such as this one? I’m especially curious about the novel’s polyphonic perspective—did having all these voices pitching in their individualized point of views feel more collaborative to you as a writer?

I wanted each character to have their own kind of song to sing. My hope was to get to know each character better, and give them more distinctive voices and senses of place as their chapters piled up. In that way it is a bit like making a record with a group of people, insofar that you want everyone to find a satisfactory and rewarding way to play their role in the recording. It becomes an orchestra of sorts, and the hope is to have everyone’s voices represented in the best way possible. As this story went on, it became clear to me that that was what I wanted out of my characters. No voice was expendable, and I needed each to be valuable in the ride, so to speak.

If you could condense the spirit of If or When I Call into a song, what song would it be?

I had not considered that before, but probably (John) Moreland’s “Cherokee”—if not for every specific lyric, at least for the vibe of it.

What are you reading and/or listening to at the moment?

I’m reading an advance of my friend Willy Vlautin’s new book The Night Always Comes. My favorite book this year is Ashleigh Bryant Phillips’ Sleepovers. As for music, it’s a lot of ambient music lately. Abul Mogard, .tape., Stars of the Lid, and Isasa are a few artists I keep coming back to as these days go. The recent Water Liars release is wonderful, too.

Lastly, is there an independent book or record store you’d like to recommend to our readers?

There are probably too many for our space here. For hometown (Austin) record store purposes, I love 33 Degrees and Waterloo Records. On the road I always go to Mississippi Records in Portland, Seasick in Birmingham, Good Records in Dallas, and Euclid and Louisiana Music Factory in New Orleans. For bookstores, I like to support Black Pearl and Bookpeople here in Austin, and on the road, a couple that I’m loyal to are Square Books in Oxford and Malaprop’s in Asheville. Those are just a few places I try to get to when I’m out in the world.

If or When I Call is forthcoming from Goliad Media in March, 2021