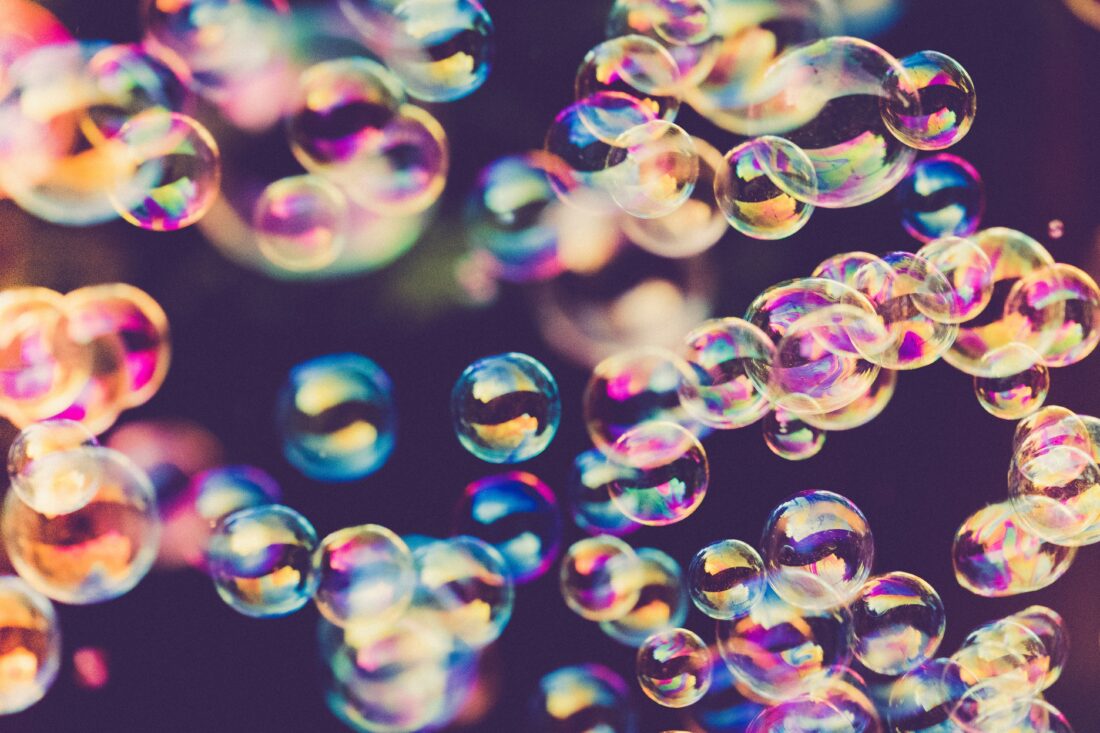 The screams upstairs were distinctly Ivory. “Ew- Dad! Kill it! Kill it!” she cried.

“Where is it?” August returned, clunky sigh accompanying.

He could hear it, too, by the time that he reached the head of the stairs—and halfway through opening the door he hit its shrunken leg, earning an accented groan. Fuck, he thought to himself: it’s probably on the rug.

He found it’d drooled quite a bit as he shuffled into the room, and so he grabbed it by its white roots and began the drag toward the bathtub. Thankfully, this one was smaller than most he’d seen before.

Its groans were almost angry as he pushed it into the cast iron—and he thought about the day that one had appeared already there, it’s head right beside the drain. It was the only time he had laughed, imagining that it might have been trying to make up for the inconvenience. He’d been reminded, almost, of a centipede that’d crawled all the way up and out their plumbing, only to then respect the tub walls… although maybe a worm, from a wormhole, might have been a better analogy.

“Iv, can you throw me the mallet?” he called, his vision honing too.

The disposal crew arrived around forty minutes after his call. Two teenaged-looking boys were carrying the body bag down the stairs, and then out through the front door as he signed the paperwork.

“We offer a clean-up upstairs too, now, for a small charge,” offered the woman with the clipboard once he’d returned it.

“What? Are you kidding me?” August replied. “First you guys cut the injection for budget, and now you’re making more from all the messes?”

She shrugged, surely too used to the question.

“Where exactly are my tax dollars going, again?” he urged. “You’re kinda making me feel like a monster, here, y’know.”

“Thank you, sir,” she said, and she stepped back toward the door. Her eyes caught at a small distance behind him just before she turned, however—and August spun with his instinct to the kitchen, where his youngest daughter was still staring.

“Fuck,” he grumbled. He lowered his tone further—his body, too—when he approached. “Ninie, what are you doing down in here? You didn’t finish your colors, did you?”

Little Eponine only stared upward, her eyes in full pout.

“Are you a monster, Dad?” she asked, just as he’d feared.

“Then why do you always have to kill them?”

August took her by the hand, led her to the couch.

“Did your teacher ever explain any of this to you?” he asked, placing her on his lap.

She shook her head.

Well, of course she hasn’t, he thought. He might’ve filed a complaint if she had.

“You’re right that killing is usually a really, really bad thing to do,” he said, sinking his hands into Eponine’s hair. “The difference here is that these people—I mean, the sort of people, I guess—they’re not supposed to be here.”

“We all think there must have been some sort of mistake, like a black hole, or something similar… you know about those from your space kitty show, right?” She nodded in his hands. “One of those is making them come here, sometimes.”

“Right.” And he caressed her under the ears. “But you have to remember it’s not them, they’re not really people. They’re really bad copies… just like how our scanner turns all of your pretty drawings to just black in white.” Eponine giggled, at that comparison: it cushioned his insides.

August had considered asking Ivory to lay out the concept as she had for one school project—when she had compared all the weak copies to researchers’ past attempts at human cloning. He well remembered the tears she’d shed at her sister’s age, afraid that these ‘people’ had come to ‘heaven’ only to be slaughtered. It’d given her relief to understand that it was more than likely impossible to copy memories, that their bodies were nothing but shells.

“It hurts them to be here,” he further explained to his littlest angel. “They don’t fit. They’d die again super fast, just because their organs are just weak and too small.” The fact varied with how the originals had died, of course: sometimes their copies came paralyzed, and with especially shriveled hearts, or with wounds in their abdomens, and the like. It was always hard to tell without close study, because no matter how they’d passed they came looking more withered than any natural human could.

Eponine stuck her head into her father’s shoulder, at that. “And they’re from that different version of where we live?” she asked.

“So are there other versions, too? Or that one, only?”

“There could be. They could be coming from dozens of them. We just don’t know.”

As much as she could, the girl wrapped her arms around him.

“In all the other worlds out there, are you also my daddy?” she mumbled.

“Yes, of course,” August smiled, and he returned her hug. “No matter how many.”

Yet holding her, he could which question was still lingering in the little soul. Was there any universe, out there, in which her mother—Ivory’s mother—still existed?

The last time that August had ever seen Rosaline… it hadn’t been Rosaline at all. He’d been taking his eldest out the door, out toward the bus stop, and there his not-wife had been: on her side on one of the outer steps, flailing her legs and gulping. Ivory had recognized her, unfortunately, just before August could pull her back inside.

They’d both stayed home, that day: she because of the distress, he because the occurrence would be the only time he’d see Rosaline white-haired and wrinkled. He’d had to keep his eyes on the blurring trees as he’d eventually sedated her.

It wasn’t irregular for one to come across lesser versions of their loved ones, sadly—no matter if they were presently dead or alive. Quickly after the copies had first begun to appear, it was deduced they’d probably kept the coordinates of their originals, even if what was a home in that reality was in this one a construction site (unfortunate events had occurred in cases such as those).

August had been dreading, like most, the day he might come across himself… and he did, just as he was intending to fetch his laptop from his bedroom. The thing was on the carpet next to his closet, a waned but recognizable self: and it looked up at him with half-shut eyes, making noises muffled with drool.

August took a moment, heavy-chested, and then he took the needed steps forward. He pulled his hand back, his fingers mostly sweat, then quivered at the small voice behind the door.

“Soon, honey,” he told her, his mouth a dry bed. “Go help your sister downstairs.”

Only after hearing the fading creaks of the stairs did he turn back toward his other-self. He noticed that it, too, had turned its head toward the door; yet it was staring, still, and something was wholly indisputable in its eyes.

August had never known any other love that strong.

“Do you…do you know her?” he mumbled, in that next moment, from a quickly flattening soul.

But the other self only grunted at him. It grunted, over and over… and, at first, it sounded as if something—more emotion—was still incoming.