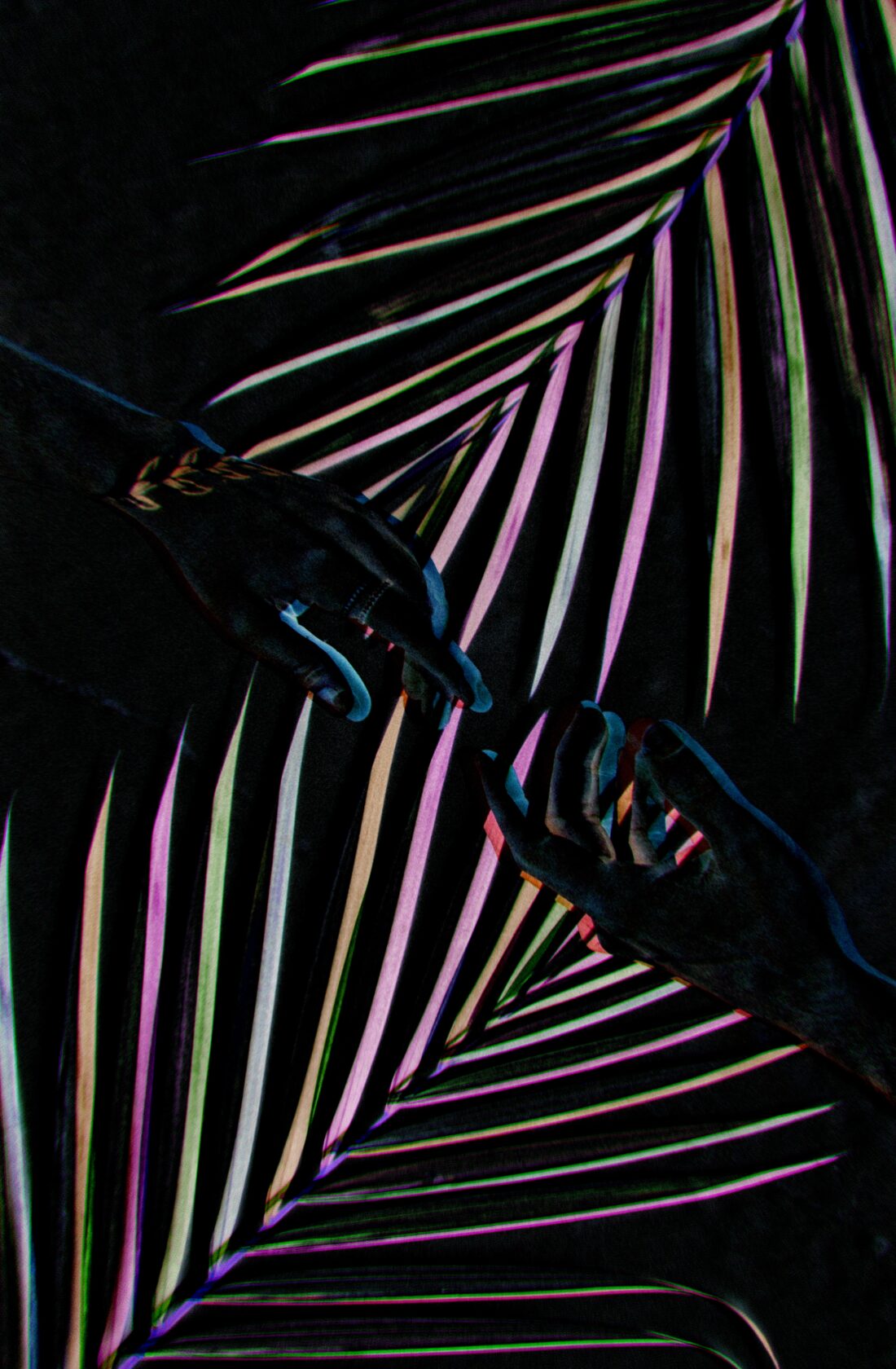 (Missed Connections on a Spring Afternoon at JFK in 2003)

Lucy woke up with her bag clutched on her lap, a line of drool escaping from the right corner of her mouth, fresh enough that it hadn’t dried yet to white crust she could scrape away. She stood up to check the board for her flight to England. Still on time. She stretched her hands high toward the ceiling and twisted at the waist, her backpack thudding against her spine. She walked toward the bank of payphones and dialed a number. No one answered. She wondered if Nolan was still mad she had insisted on taking their shared pet out of the country.

Charlie exited the jetway in a rush to catch a connecting flight and nearly lost hold of his luggage as a group of teens wearing baseball jerseys swirled by him. He thought about stopping at a payphone to call Marie to say he’d made it to JFK, but a glance at his watch made him keep moving forward. He noticed a striking woman walking a German shepherd before arriving at his gate just as a flight attendant called for first class to begin boarding. He settled in a window seat and looked out at the tarmac, unsure if he was happy to be heading home.

The boxes sat on the tarmac forever. Les Coleman felt like he was the only one working today. Everyone else on perpetual coffee break, shiftless bastards. Still, he busted his ass. Next month Jones retired, he wanted that position. He hoisted the last box onto the back of his cart. The MLB logo caught his eye. He tilted it and heard a ball roll. Poor packing job. He thought the Chinese were better than that. From the corner of his eye, he thought he saw something move. A cat? Couldn’t be. He needed more sleep.

Leonard’s glove was at his feet, the smell of new leather permeating his row. A gift from his Grandpa Bob, an old time Brooklyn, not Los Angeles – no way – Dodgers fan. Once home, he’d oil it and place it under his bed to break it in. Chicago Little League started in two weeks. He had time. Except a week later, he’d fall off his bike and break his arm. Disgusted, he’d give the glove to his older cousin. But he didn’t know this now, and, as the plane rolled down the runway, he looked at a run-down building and wondered if it was abandoned.

Girl packed Elsie in the case she hated and she hissed, her tail puffed like a duster. Girl only put her in the case to take her to the place where White Coat pricked her and pulled at her lips to check her teeth. She shed half her weight in hair from the stress. Girl and Boy talked in loud, angry voices that put Elsie on edge. Girl did not take her to the same place. This time she shifted in the case with every turn for a long time and then Girl walked into a bright, wide room and handed her case to a stranger. The stranger put Elsie in a dark room with lots of boxes. She curled up and fell asleep until another stranger came and put her on a cart that moved outdoors into a chill wind. The latch on the case came loose and the door swung open just enough for Elsie to free herself. She stretched and stepped out onto wet asphalt that froze her paws and darted into the nearest building.

Chester had already somehow outlived his parents and his siblings. He wasn’t the most spry mouse, but he had found a place to hide away from the feral cat colony that infested the industrial buildings on the outskirts of the airport. He built his nest up in the rafters and snacked on the sunflower seeds the men spilled throughout the day. Once in a while someone left out half a cookie or missed cake crumbs after a celebration, and he feasted.

A curly haired man with a mole on his left cheek sat tapping his foot at gate C24. He was waiting for a hopper flight to Boston but his ultimate destination was Nairobi via Amsterdam. He’d be back in the Big Apple within a week with his biggest score yet: rhino horn. It was a new market for him, but he knew enough about dealing in illicit substances to feel confident about this venture. He looked up and saw a middle age guy bump into a kid with a baseball glove. People were so stupid.

Julia deplaned with her service dog, Sasha, at gate C22. The flight from Minneapolis wasn’t that long but she disliked flying and thought it stressed Sasha out. But hell, the whole weekend was stressful. Imagine the idea of being taken far away to have some unknown male mount you repeatedly. But breeding was what was what and she was committed to this work. She looked down at Sasha, wondering if this time had been a success. She wandered toward the large windows before finding the way to baggage claim. One poor guy was unloading everything from the plane by himself. The sky was gray.

Eight years later Lucy, now 27, and Charlie, 39, will meet at a conference in Kansas City and fuck. She, newly divorced after an ill-advised marriage; him, lonely, but still calling, or not calling, Marie.

That fall, the Cubs were on the cusp of the World Series when the ball and glove met on one of the most controversial plays in baseball history. The Cubs lost and Leonard’s cousin was a pariah. Les Coleman never got that promotion and left for a supervisory position in the MTA.

Elsie woke up one night on the warm blanket Man had left for her before he disappeared. He had left her a bowl of food and water every night but New Man didn’t do that so she took to scrounging for scraps in waste bins late at night. She saw something dart out of the corner of her eye one night (not Chester, but one of his descendants), but ignored it in favor of discarded roast beef bits.

Within a year, it was clear that the runt of the litter was the smartest. She did not follow her mother’s path but instead went to the police dog training academy. At the Miami airport a few years later, she sniffed a trace of cocaine on a man’s shoe leading to an arrest on several long-time warrants. The man had a shaved head and mole on his left cheek.

A rare spring snowstorm hit New York in the early evening on an April day in 2003 causing whiteout conditions at JFK. The airport suspended all flights for several hours. Many connections were missed.