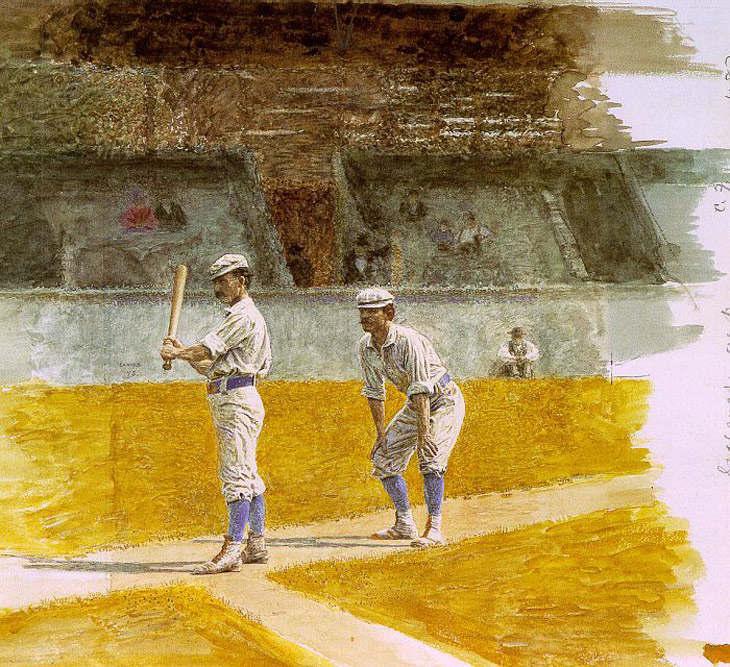 On June 23rd, Donald Hall—U.S. poet laureate and rural New England made flesh—passed away at the age of 89. Like the erosion of the Old Man of the Mountain, that giant granite emblem of New Hampshire, the loss of Donald Hall feels (to me, anyway) like a loss of identity. Taking as his subject the everyday—life on the farm; the comfort of an old sweater; maple syrup; cancer; death; guilt; grief—he approached the poet’s project of defamiliarization not by exposing the strangeness of life, but by demonstrating the sanctity of the commonplace. He was, in this way, a successor to Robert Frost—though Hall was never so devoted to moralizing at his readers.

There was great loss in Hall’s life—when one lives to be 89, life becomes far too full of goodbyes—and grief and depression engulfed his writing after the death of his wife, Jane Kenyon, who was a luminous powerhouse of a poet in her own right. Their shock at her diagnosis, their struggle to keep her alive, and her cruel, too-young death are ever-present in his work. But present too is a man still capable of laughing at himself—at the immense silliness of our vanities and our pursuits; at the wild comedy of youth and the strange farce of old age.

Hall was a deservedly eminent poet, but his prose played the greater role in my life. In both, he is straightforward and conversational—content, unlike many poets, to be no more enigmatic than his reader. One gets a sense, in his essays, of an immense wealth of knowledge being carried into the world by an even greater depth of feeling, as well as a devotion to the form’s etymological root: Hall assays; attempts; tries out ideas—he is a quiet bard, not an eager authority.

On the day Hall died, I had just returned home to New Hampshire—only a handful of miles away from the farm where he had so recently lived—and I felt strangely shaken by the death of a man who’d been plagued by medical terrors since before I was born. I sat down with Fathers Playing Catch with Sons—a book I had failed to finish many years ago, perhaps due to some adolescent notion of the importance of urgent literature (the notion, I’d wager, that lionizes the “hot take” today), a category this collection does not immediately strike one as, though appearances, we know, deceive.

Fathers Playing Catch with Sons is a collection of essays about baseball. Sort of. Or: definitely. They are all about baseball, exclusively about baseball, but baseball—baseball is not nearly so limited. Baseball is about everything—Hall finds in the game the whole of our lives. He revels in the ludic spell of the game, embracing it both as a screen onto which we can project our shared human experience and a remnant of an Edenic age. Baseball is, after all, the great pastoral game. It fills the high summer, those long days when it seems the sun might not ever set.

Hall does not half-ass his belief in baseball. It exists, for him, as a meadow out of time—a place where history enters the present, and every generation of Dodgers and Giants and stickball in the alley merge. Baseball forms a palimpsest that allows us to see that people decades and even centuries before us were not so different.

Baseball is fathers and sons. Football is brothers beating each other up in the backyard, violent and superficial. Baseball is the generations, looping backward forever with a million apparitions of sticks and balls, cricket and rounders, and the games the Iroquois played in Connecticut before the English came. Baseball is fathers and sons playing catch, lazy and murderous, wild and controlled, the profound archaic song of birth, growth, age, and death.

But though his writing is so often lyrical—though it sometimes approaches the theological—Hall never loses sight of the basic, beautiful indignity of being human. The nation of the faithful, who come back each summer to watch the arc of human history and the arc of a single human life played out in the arc of an infield fly, is given a voice in these essays:

there is rasp in our voice, there is glory in our infant heart, there is mustard on our t-shirt.

Through Hall’s eyes, the sublime and the ridiculous are the friendliest of neighbors.

The first essay, in which Hall plays the poet at spring training, is all silliness. He makes himself the butt of every joke: he is ambitious and proud as he sweats and heaves himself around the field; he is confident as he battles with a pitching machine that in his mind resembles a howitzer cannon; he aches; he has a gut that confounds the team uniformers. But every joke resolves itself into an endearing appreciation and love for the game and for those who play it.

Sometimes that love is borne on the appreciation of a beautiful thing done well:

A young ballplayer runs around the bases like a great water-walker skimming over the water, seemingly without effort. Old players shake their heads with admiration and nostalgia, to see him charge, stop, and charge with swift and easy skill.

But Hall, throughout these essays, is interested in the old players: the way the game is played in the autumn of life as well as the summer.

I watch the old ones, the athletes without the talented young bodies. I watch the intense and concentrated pushing of the self past the self’s limits.

From there, Hall advances yet again. He treats baseball as a way of testing out modes of living (the great virtue of the game; of the ludic):

One of the longest essays in Fathers Playing Catch with Sons is about the way in which baseball has inspired writers of all varieties over the centuries—a phenomenon that Hall calls “Proseball.” He defends sports writing as the most interesting and most valuable of all journalism, citing its clear preference for metaphor: only in the sports section can the Olympics become a “conclave of gristle”; only a proseball writer tells his audience about the pitcher who could “throw a lamb chop past a wolf.” In this section, Fathers Playing Catch with Sons becomes a defense not just of baseball but of poetry itself, with its utter reliance on image and metaphor:

Metaphor is a way of thinking available to everyone, which has nothing to do with elitist education, except that elitist educations seems to discourage it. Shakespeare could talk no other way, and the pit had no trouble following him—but modern intellectuals do. It’s true that some living cultures encourage metaphorical speech…but the Department of English is by and large suspicious and hostile; colorful speech gets confused with language that has designs on us—like the rhetoric of politics and advertising—and intellectuals resist metaphor for fear of being taken in.

So the sports column…becomes a wildlife refuge for metaphor and all liveliness, where language lives and breathes.

The loss of Donald Hall is the loss of a spectacular voice that is, tragically, becoming more rare with each passing year. He found “high” art in “low” things; honored and sanctified the ordinary; treated vanity and pomp with the playful derision they deserve. His was the voice of love for and of belief in a game that had been with him since he was a child—love for and belief in poems, and garlic, and slow days, and yes, baseball, but in baseball all of life. There is so much love in his work that mean cynicism cannot elbow its way in.

That Donald Hall lived such a long life is something we all ought to be grateful for. But I would have given the world to see him play one more inning.