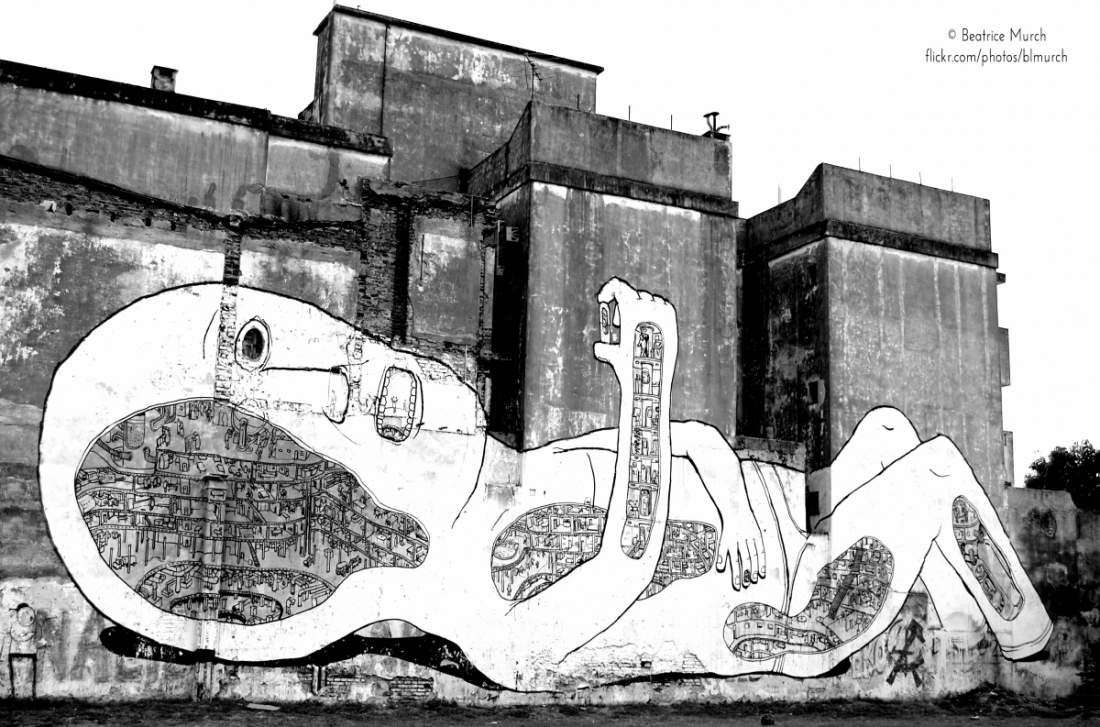 On the first day they brought it home from the hospital, the mother said she was going to the kitchen to get some formula and would he, the father, watch the child til she returned. He took the baby to the prefab bassinet and laid it down.

“Alright,” he said. “Say something. I don’t give a damn whether it’s ‘momma,’ ‘daddy,’ or ‘shit,’ you say something and you say it now. No son of mine’s gonna lollygag. I don’t care how old he is. Say something, damn you!”

The baby looked up at the father. “Dadda?” the baby said.

“Good, good,” said the father. “Here comes your mother. Button up. I’ll be back.”

When the mother arrived, she picked up the baby. The baby said, “Momma.”

Later that night, while the mother was resting, the father came in to see the baby. “I thought I told you to button it,” he said. “I don’t give a damn how old ya are, I’ll tan your ass you try that again.”

The baby slept quietly through the night.

The second day, while the father shaved, he perched the baby on top of the toilet seat.

“Let me tell you how it’s gonna be,” the father said. He moved the razor carefully along his firm jawline. “I only wish my father had told me how it was from day one. That’s why I’m telling you now. So there’s no mistaking.” The father thumbed a wad of whiskered-flecked shave cream into the sink. “It’s hell out there,” the father said. “I want you to understand that right now. Hell. Can you say hell?”

The baby formed the word quickly. It was easy.

“Good,” said the father. “So we understand each other. Now today, you take it easy. Don’t talk too much. Keep your nose clean. But get ready. Tomorrow you’re going to work. It’ll be hard at first, but it’s better you get used to it now. It’s how you’ll spend the rest of your life. And don’t expect any thanks for it, either. You keep that pudgy nose to the grindstone, you’ll get somewhere. It might not be where you wanna be. But you’ll get somewhere.”

The baby watched the razor glide over the father’s top lip, watched the shave cream splat into the sink.

“Sure is. He’s gonna be a bright boy. We got big plans for him.”

“Never heard a no baby talkin – how old is he?”

“At’s what I say, kid’s gonna go places. Mark my words.” The father cradled the baby in his arms and headed toward the factory floor. “See what I said? We’ll have you a job here inside a month. You ready to work for your supper, boy?” The father beamed. “I’m only jokin ya, son. First month, rent free. That’s what I say. After that, you best be ready. But don’t worry. That’s what today’s for. By the time we leave here today, you’ll know exactly what to do. You ready?”

The father approached the pitted door that lead to the factory floor and swung it open. The machines inside screeched and hummed at irregular rhythms.

“Loud in here, but you’ll get used to it. Here, wear these,” the father said, handing the baby a pair of earplugs.

The baby took them to his mouth, bit down.

“None of that,” the father warned. “Hell’s the matter with you? You fallin back on me? Ain’t you smart? Don’t be goin backwards.” He showed the baby how to put the plugs into his ears, then they stepped out onto the factory floor.

“My boys!” the mother said when they returned home that night. “How was it? Did he do good?”

“Let’s not talk about it,” the father said. “Let’s just have supper.”

“Did ‘e do good? Pah! The little bastard took my job! Thirty years I been with the company, he’s there one day and took my damned job, mother. He took my fuckin job!”

“Oh, some shit about ‘new blood,’ about ‘out with the old, in with the new,’ about ‘getting a fresh perspective on things.’ Buncha horseshit, you ask me. Out’n out horseshit.”

“Lil bastard wanted me to drop him off at Pinko’s. Walked right up to my stool and took that too. Maynard draws him a draft and says to him, ‘On the house, son. That there’s on the house,’ makin a big show outuvit. The bastard took my job, and he took my stool. Next thing, he’ll come take my house.”

“He ain’t gettin it. You hear me? He ain’t takin this place!”

“Proud, hell. Four days old, and the bastard’s taken all I own!”

Mark McKee is from the American south. In his spare time he collects nervous breakdowns. His work has appeared in The Bicycle Review, Eyeshot, and others. Find him at goodreads.com/markmckeejr.