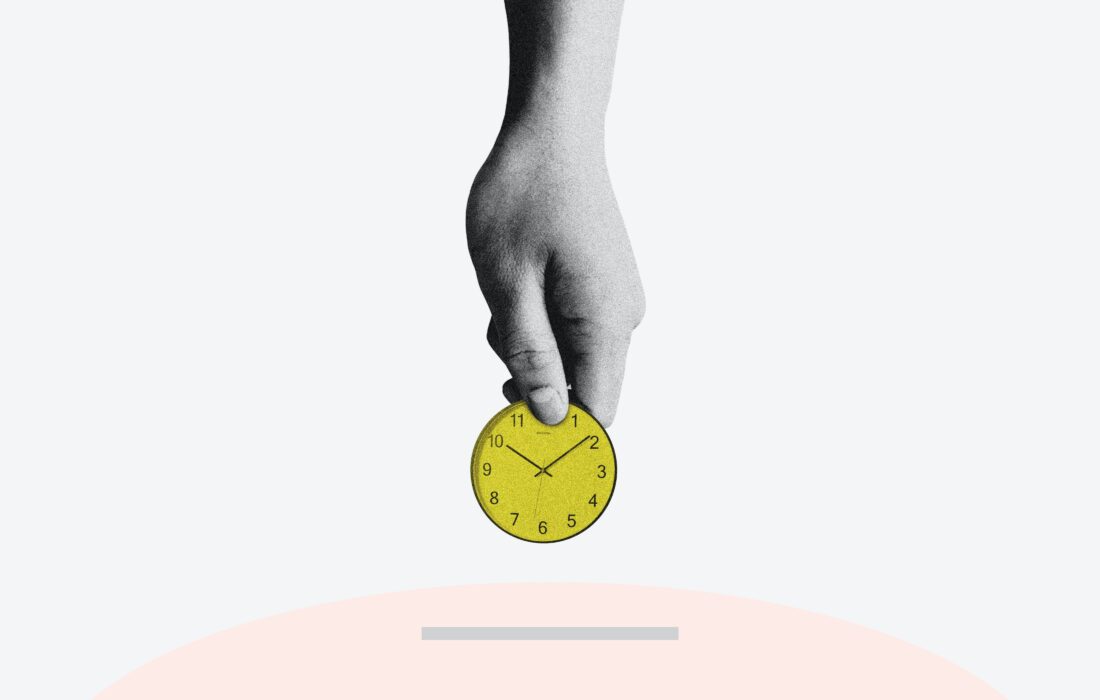 I overslept and got to work over an hour late and my heart hasn’t chilled out with it’s beating yet.

I turn the radio up to maybe vibrate me awake but they’re talking about another school shooting. I don’t turn it off just down.

Food might help but the only place open is Cookout. I need some cash for tomorrow anyway to get weed. I get off at 7:00 AM.

I don’t know if we have more banks or churches.

I’m so hungover that I miss the turn in to PNC Bank’s drive thru ATM. And before I whip around I see a cop parked in a gas station parking lot. It’s one of the gas stations that can afford to have cops post up.

First Horizon Bank’s drive thru is taped off with yellow caution tape and there’s a sign on the ATM screen that says Please do not remove and explains that due to the damages done that they can only assist you if you come inside. I guess the Exxon next door can’t afford cops.

But I don’t see any damages. Then I look up. And someone made their way into the interior of the drive thru awning around the pneumatic tubes. Must of found a way to burrow in without triggering an alarm. Smart.

I guess I’ll just pay for lunch with my card.

I drive to Cookout and the line’s tail is touching it’s head. This is probably a sign from the universe that I’m being lazy and I should just go back to the PNC ATM.

I drive back over to PNC Bank and their ATM screen is blacked out. Wherever I touch on the screen a white triangle with a tail follows like a mouse. The only other ATM is the Cashpoints across from the Cookout. Which I was trying to avoid. I don’t want to get out of my car.

NC 55. What’s known as a traffic artery. Goes right through the heart of the city.

I park my car horizontally over two parking spots right next to the Cashpoints and hide my phone under my seat. I quick walk and insert my debit card then type in my pin number without looking over my shoulders because I have the hyper focus of any paranoid person.

A 250cc 4-wheeler growls past me as I’m waiting for my debit card to come out of the slot.

The 4-wheeler is wearing a yellow helmet dark navy hoodie and red Jordan’s. Looks like a king riding a horse. They turn and look at me multiple times while driving away. The machine takes it’s time processing my transaction then finally pops my card out followed by cash five seconds later.

I get to Cookout.

The car line travels counter clockwise around the building that is a rectangular prism made of bricks.

I’m currently adding to the tail of cars at  2 (oh clock) coming on 1 (oh clock). The line’s travel is sluggish.

At 12 (oh clock) there’s an outdoor dining area with those tables made of knitted metal covered in hard red latex. A dude with a wife beater and gym shorts is screaming at all the cars like a crazy person. Bugging. Out.

I was raised always to hope someone else called the cops. You don’t call them. That’s the equivalent of hiring a hit man because this mother fucker is on one.

You can’t understand that unless you’ve felt it. Unless you’ve been to that edge where you say fuck it to everything and the repercussions are what they are. If the result is fatal so be it.

Only little fragments come through clearly. He’s screaming up into the sky, ‘Can’t fuck with me!’

Followed by other words that are indistinguishable but just as passionate. I look forward at my steering wheel and pretend like I’m not bothered by it.

It’s not that I feel like I’m in danger it’s more like I’m uncomfortable because I don’t know if I am or not.

I look around for anything to take my mind off him.

Melting forward I make it to 9 (oh clock).

It was as if the universe heard my prayers. An old Chevrolet truck in front of me has illegally dark tinted windows.

A BMW SUV is in my rear view and flies past me and parks horizontally over two vertical parking spots next to the drive through line.

He gets out for the BMW carrying a Gucci wallet around his wrist and has tight knitted joggers with a bulging left pocket.

He leaves the BMW running.

He leaves the driver door open.

He strolls over to the old Chevrolet and hops in the passenger side.

The man at 12 (oh clock) is still screaming behind me.

In five minutes the dude with the Gucci wallet gets back out with nothing in his left pocket.

He sees me looking at his pocket.

He looks at me in the eye and I turn back to the screaming crazy person who is smacking the rubber on the outside dining area tables saying, ‘Same little boy! Same little boy!’

I’m surrounded on all sides. I can’t look out any of my windows so I look down at my steering wheel but I still hear him. His dry windpipe screaming sounds like a pig being slaughtered.

I don’t want to be here right now.

But I can’t leave. There’s fight there’s flight and then there’s paralysis.

The last time my heart beat like this I was at Six Flags in Santa Clarita.

I grab my phone from under the seat and plug it in to the stereo but I can’t move. Something about listening to two comedians talking about philosophy while a man is sweating and screaming at the sky feels wrong. My heart is racing because I’m imagining the right thing to do and it scares the fuck out of me.

But maybe this feeling of fear is a sign from the universe that it is behind me.

So I pull out of the drive thru line and park.

And I try to not let my voice tremble but I also try not to sound like a cop. I say ”I just want to make sure you’re okay.”

Before I can even finish my sentence he’s spinning around saying slinging his fist from right peck to left hip singing, ‘This mother fucker right here. This motherfucker right here want me too!’ Like he was offended by my tone of voice.

I don’t know the right way to say what I want to say. All that trickled out was, ‘Look dude. You can’t be doing this. There’s people ins—’

He tore his white tee like a distraught pharisee in the presence of a blasphemer, ‘Call the fucking cops I don’t give a fuck!’

Something in my head switches and I hear myself speaking like a cop, ‘You know you don’t want me to do that.’

And he looks at me as if he’s surprised I can see him. Perhaps he assumed he was a disembodied voice. Ungrounded. High.

I decide to give up on explaining and just speak plainly, ‘I know what you’re trying to do. No one inside is going to call the cops no matter how much you scream. I’m trying…’

I’m trying to help but now it’s sounding like I’m just telling him what to do. He’s hoping someone will call the cops and he’ll fight them.

If he’s lucky he’ll get an assault on a police officer charge.

If he’s super lucky he’ll get a ride to a shelter.

If he’s unlucky he’ll get one of the cops who pulls your hand and forces it to touch the officer’s sidearm holster so it looks like you’re trying to steal his gun that way their partner can shoot him. It’s called a ‘yank-n-switch’ and it’s nearly undeniable in court.

I’ve never thought of people being killed by cops as a form of martyrdom in the name of mental health until now. I don’t know of a cause I’d give my life to if I’m being honest. Locking him in a white room called ‘the tank’ won’t sober him up. Likely it’ll extend his intoxication. Isolation is psychosis fertilizer.

He’s staring at me and I feel a timer ticking down where he’s waiting for me to say something. And I take my cash from the ATM out of my pockets and separate the bills.

I hand him one 20 dollar bill and softly say, ‘Put this in your left pocket.’

Then I hand him the other two twenty dollar bills, ‘Put this in your right pocket.’

Then I tell him to go over to the Exxon and use the money in his left pocket to get some water and ibuprofen. I say, ‘And if anyone says anything to you pretend that your sick. Tell them you have the flu. They’ll leave you alone.’

He holds then money in his palms and looks at it.

‘And use the money in the right pocket for whatever you want.’ I say, ‘It’s yours now.’

He quietly leaves. He says nothing. He walks calmly away.

And I turn around and I see all drivers the cars looking at me. And I hear no applause. They didn’t see anything.

Then I start talking to the faces in the driver side windows.

The line arching around the back side of the building feels like I’m on a figurine in someone’s front yard you pass by without any regard. The back side is a stage curtain made of stone. I feel like I can’t turn back. I feel surrounded by them.

Light is shimmering over the driver windows and windshield and I feel like I’m talking to ghosts or a screen. They’re trying to ignore me.

I speak so all the cars can hear me. Then I talk louder incase there’s people in the parking lot across the street. So loud the staff inside of Cookout can hear.

They want to hear this. I tell them that when all of us keep using “people” as a replacement for the the word “we” we disassociate ourselves from those we should be caring for. The elusive other we all blame. The phantom that fuels our guilt.

I’m screaming at the cars and slapping the tables as I share my rhetoric but the muted rattles sounds miles away.

I feel like I’m barking but no one is reacting. I’d love someone to even tell me to shut up at least I’d know they heard me. But they look forward. They look away from me. It’s like I don’t exist.

And I’m barking, ‘Are you fucking kidding me? Don’t look away from me. This isn’t a joke. Don’t fuck with me right now.’

And I get no reactions from the people

‘Stop fucking with me!”

I feel the muscles in my jaw tighten. My paranoid delusions have always scared me into thinking that maybe one day I’d snap and that I’d finally realize that I’ve been dead my whole life.

I look up at the sky and scream, ‘You can’t do this to me right now. You can’t fuck with me like this.”

I bite down my shirt collar and pull up on it like a hyena tearing flesh off a gazelle.

Then my phone rings and vibrates like a digital windchime.

And I’m still in my car.

Still in line for my food.

I never got out.

The BMW SUV is driving away.

I gently lock my doors.

Pad the outside of my pockets and look forward toward the car in front of me and wait for the line to move.

I turn my radio up.