Portrait of the Artist as Machinery To Beat Death 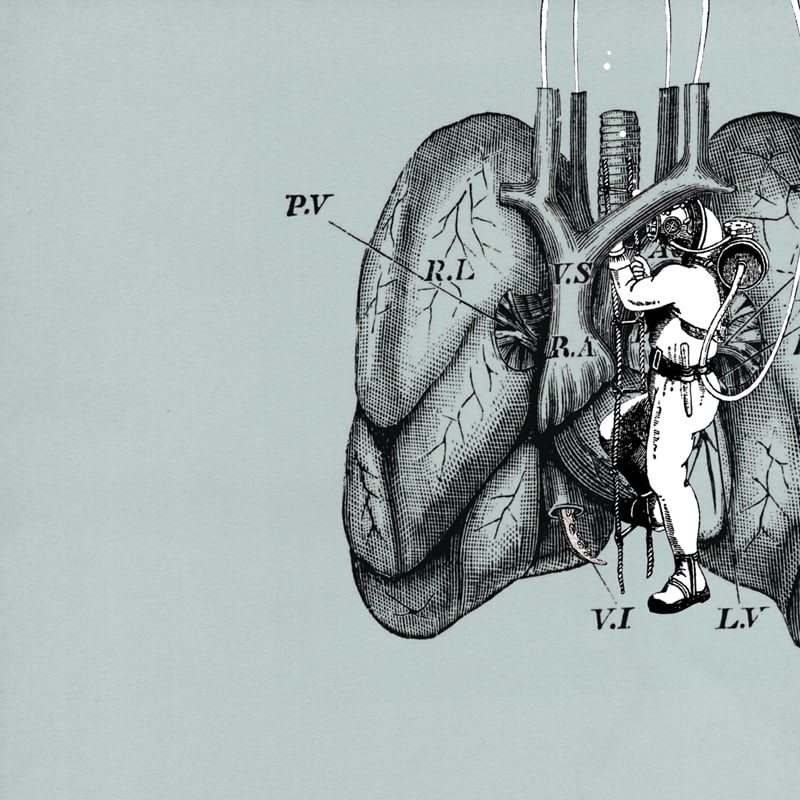 
He says he makes sound poetry by pouring red wine into white wine bottles and white wine into red wine bottles. He does this in a darkened room, he says, to see whether anyone will later claim they can tell the difference between the two acts.

He says that if your art says more about yourself than it does about anything or anyone else then it is a failure.

He says the main difference between pornography and art is that pornography is unambiguously supposed to be enjoyed.

He says infinity is the place where your stray thoughts get lost.

He says he was paid by the marketing department of the conglomerate that made Lord of the Rings to write the novelisation of the film. He says he pocketed £5000 before they realised their mistake.

He says an unread book is like a grenade waiting to be pushed through your eyes and detonated.

He says that reproducing art from memory, in the style of performance poetry or in the oral storytelling tradition, is grossly under-appreciated by other types of artist. He says he won’t take a sculptor seriously unless they can replicate their creation live on a stage without reference to the original. Sometimes he will turn up at an art exhibition with a slab of granite, a chisel, and a bad attitude.

He says he doesn’t like misquoting anyone but he does enjoy putting typos in other people’s mouths.

He says he likes to hire strippers and send them to unusual places: to the rooms where Juries are debating murder cases; wakes; graduation ceremonies. His favourite, he says, is to send them to the arrival lounge at the airport.

He says that the phrase ‘character building’ is totemic of the idea that bad experiences are rich seams for becoming a better person. He disagrees with this, however bad experiences do make for better art.

He says he is working on an art project where he tracks how much energy he will burn from talking over the course of a single year. He does this by carrying around a stopwatch and timing his conversations. He is also filming himself in his sleep in case he chooses to communicate with his empty room. At the end of the year he will calculate the number of days, hours, and minutes he spoke, and the corresponding energy spent doing so. Then he is going to prepare a buffet for the opening night with the same number of calories. He hopes to put paid to the notion that talk is cheap.

He says it is crucial for art to be confusing, difficult. If you come out the other end of a song or a poem or a short story, or if you look at a painting, a sculpture or anything in between, and you fully understood it, as the creator intended, then that piece, regardless of what it is or how well constructed it is, is a failure.

He says a bottle thrown to the ground in anger is an excellent metaphor for the frustration felt by humanity. Once it’s out of your hands you can’t retake control and no action can be undone. You can try to pick up the pieces, put them back together in a facsimile of how it used to be, but by then it is already too late. You will probably scrape your hand along the exposed flesh of the bottle as you do so and this in turn will produce a second surge of anger as the blood curls around your finger. You cannot win from this point, he says, you can only throw the bottle away and tape up your finger and hope it won’t get infected because in the end, he says, the glass doesn’t care if it cuts you.

He says he boycotts funerals. He says he prefers to grieve for people who are still alive.

He says he has received an Anti-Social Behaviour Order for a piece of performance art he commissioned where he hired fifty people to cross the road at the Zebra Crossing just before a bus passed it. Each person followed no more than a foot or two behind the one in front until they established a tight knit loop which prevented the bus from moving. Around the fifteen minute mark things got ugly.

He says once an idea is in your head it isn’t so easily removed.

He says success is welcome but dangerous.

He says he has won eight games of Russian roulette.

He says his favourite art movement is abstract expressionism. Whilst this is broadly true he also says this to people because in his experience most people can’t tell you offhand what abstract expressionism is, but as a result of its widespread influence in the ‘40s and ‘50s, and because most people will pretend to know about something to avoid looking stupid, he is rarely asked to extrapolate on this opinion further.

He says he is, from time to time, a translator of novels, books of poetry. He says he can translate from French, German and Lithuanian into Baby Talk.

He says one day he’d like to sneak into the lingerie section at Marks and Spencer’s and fuck a mannequin.

He says when he dies he wants his body to be thrown from the thirty-first floor of a skyscraper during rush hour. He says he wants this to be filmed.

He says he then wants to be buried in a shopping trolley. A la carte.

He says he has a bucket list of things he wants to do after he is dead.

He says an idea is at its most pure, its most potent, its most actualised, the instant before you write it down.

He says the writer craves a specific kind of power. The sort wielded by the clouds back when humanity worshipped the sun.

He says to succeed is to demand that others fail.

He says he recalls in sharp detail each and every one of his regrets. He says this is the only thing that keeps him going.

He says in a small way he hopes that the climate change denialists win. When they do planting a tree will become a dangerous act, a rebellious performance art. Terrorism.

He says the most powerful curses are the promises we make to ourselves.

He says he is worried he won’t cry when his parents die.

He says the rain remembers.

He says calling someone a liar is a more powerful act than exposing the truth behind the lie.

He says he has created poetry from translating his heart rhythms, and the spaces in between, into Morse code.

He says he prays to the beating heart inside his chest because he is scared of the power it holds over his body, his mind, and his art. Each thud expels blood, sends it firing through his veins, keeping him alive. It is a reminder to him that above all things one day it will stop. It will stop when it is time, whether he is ready or not. His heart will not ask permission. He says he makes art to prepare himself for this oblivion. He says he does not think he will ever be ready. What about you?