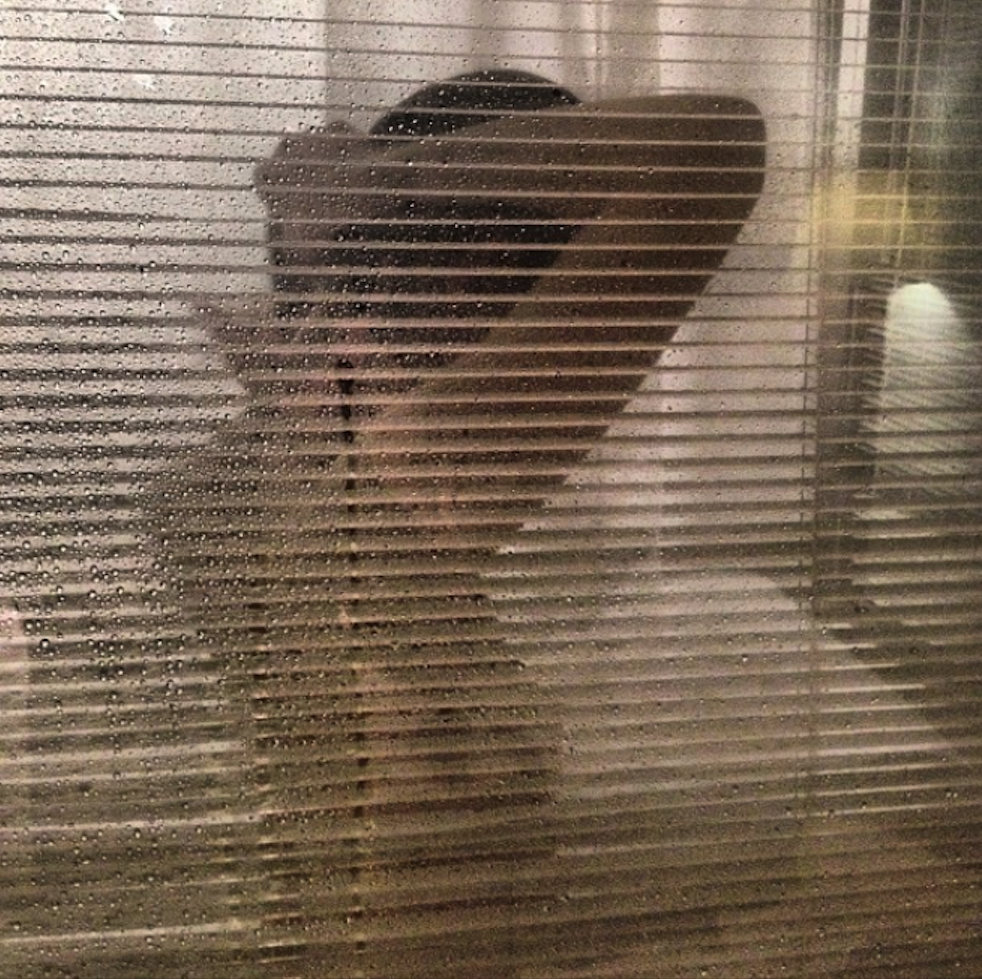 I grabbed some beers and chips from 711 and met Akari outside the building. The love hotel Pink Clouds was pink with powder-blue clouds. She looked serious and followed me through the door. The lobby was dark and there was no music. We paid a woman through a triangle-shaped hole in the wall. I handed her enough money for a two-hour rest. She gave me a key with 44 on the keychain, which was cloud-shaped and pink. I took Akari’s hand and went into the elevator.

The room was old and cool and clean. There were no windows. The walls were pink and the ceilings were blue and the large bed was a sea of blue with pink pillows. I thought of Pink Panther ice cream bars from the ice cream truck. The ones with hot-pink gumballs for eyes.

I flipped through the room service menu, waiting for Akari to come out of the shower. You could rent costumes. There was a sexy maid, a sexy doctor, a sexy cat, and a nondescript anime character.

The shower had a window that connected to the bedroom. The shower’s window had blinds, like a window to the outside.

I watched her shower through the window. Beads of water collected on the glass. It was blurry from the steam.

“The shower has blinds like a real window,” I yelled.

She didn’t hear me over the sound of the water.

She raised her arm and rubbed the back of her neck. She put her hand on the glass, through the blinds.

I cracked a beer. The tall can with the yellow star. Or was it yellow words and a black star? I can’t remember which one. The Tokyo clouds were replaced by Carolina clouds.

Akari came out in a towel and fell on the bed. Her toes tickled the air. Her wet hair fell around her shoulders and long white neck.

I stripped down and got in the shower. I thought about all the lovers that came before us. How many more would come before Pink Clouds was gone? The walls and floors and shower window would eventually rot away in a forbidden, cum-stained dead zone.

I stood beneath the hot water and watched Akari through the window. Through the blinds. She was naked on the bed, on her belly. I wiped the condensation from the glass to see her. She wiggled her bottom at me, moved it back and forth. I wiped the glass again. A split, pale star.