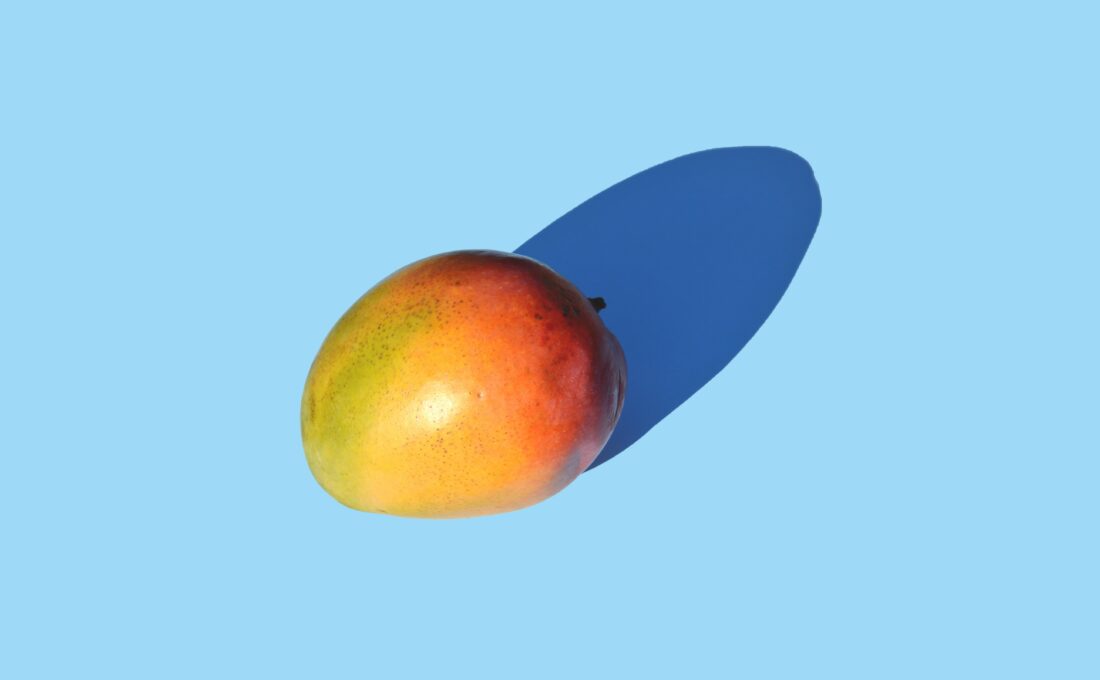 Carter—23,Vietnamese American—and Liz—24, Chinese American—were sitting on the steps of the front porch, eating food stolen from a local Farmer’s Market. Liz was eating a chocolate croissant, and she looked like she was about to cry. She said, “My sister used to cut a strand of my hair if I cried. And back then I was always sobbing because my parents had just gotten divorced. So one day I woke up with a mullet.” When the flakes from the croissant dropped on her lap, she brushed them off.

“Is this your way of telling me I need a haircut?” Carter asked, as he tossed a grape into his mouth.

Liz was beating eggs in a bowl with chopsticks while Carter read a book about dinosaurs at the kitchen table. He chewed on a caramel apple lollipop. She poured the eggs onto a frying pan and cooked them on low heat, as she puffed away on her Juul. The window was open, so they could listen to the birds singing outside on the tree branch of a dogwood tree. Liz told Carter the chirping sounded like Fiona Apple lyrics.

“You never listen,” she said, as the flames warmed up the pan.

After they ate the scrambled eggs, they took a walk outside on a winding nature trail and held hands even though they weren’t in a relationship anymore. She said, “How were the eggs?”

“I was trying to make you laugh!” Carter said, racing after her. He tripped on a tree branch, fell down, his face splashing into a puddle.

Liz looked back and laughed. “Okay. That was good.”

She peeled an orange and lifted a slice to her mouth and ate it. Her hair was in her face and Carter reached over to move it. Liz touched his hand and sucked on his fingers, one by one, telling him he tasted like regret.

Carter took his fingers out of her mouth and nibbled on the orange. “I don’t taste anything,” he said.

They spent the rest of the day looking at their phones. She looked up a Vietnamese short story online and nudged Carter in the shoulder, an orange slice wedged between her teeth. “You should read this to me,” she said.

He was holding an apple in his hand trying to read the story on her phone when his stomach twisted. “I can’t read Vietnamese,” he said.

“But you’re Vietnamese,” she said.

Carter gave Liz back her phone, then peeled the skin off the apple with a short blade. “Yeah. I know,” he said, biting into the apple.

It was searing hot outside, while Carter and Liz ate strawberry ice-cream in waffle cones lounging on the cushioned benches of a white wooden gazebo. He laughed when Liz got ice-cream on her nose. She made a face and smiled. Her ice-cream was dripping down her cone and spilling onto her leg. Carter grabbed a napkin from his shirt pocket and wiped away the melted ice-cream off of her knee. “Thanks,” Liz said.

“Yeah, except we’re not. We used to date,” Liz said, and scoffed.

Carter mashed up the napkin in his hand, crushing it into a ball. “Dude you’re the one who dumped me. Remember?”

And as the sun started to shine into the gazebo, Carter could see his shadow looming over him. It seemed larger than him, but it wasn’t larger, it was smaller and wider. Like a grotesque version of himself.

Liz moved over to where Carter was sitting and rested her head on his shoulder. He ran his fingers through her long black hair. She closed her eyes and inhaled softly. “I wasn’t ready to love you. I’m not sure I even love myself.”

“Neither. It’s Liz. Me,” she said, pushing away from him. Liz sat up straight and tall, and then she took her ice-cream cone and plopped it on Carter’s head.

Carter stood up startled and confused. He touched his head with his hand, ice-cream sliding down his face. “Liz, what the fuck?”

She stuck her tongue out, got up, and walked out of the gazebo. “This is why we can’t be together,” she said, stomping the pink flowers in the grass, as she left the backyard.

Carter was baking some snicker doodle cookies in the oven when Liz waltzed into the kitchen, wearing a pair of red ballet flats. He turned back and looked at Liz. “I’m making your favorite. Snicker doodles.” He wore blue cloth mitts and a chef’s apron. “Made them from scratch. Just for you.”

“For you too, right?” Liz asked, climbing onto a chair to fix the lightbulb in the swaying lamp. She unscrewed the lightbulb and replaced it with a new one.

“I guess so,” Carter said and opened the oven. He reached inside and grabbed the aluminum tray. “Shit,” he said, burning his hand and dropping the tray. It clattered on the floor, the cookies crumbling apart and spreading onto the chipped tiles.

Liz chuckled and said, “Five second rule,” she picked up one of the cookies and raised it to her lips, blowing on it.

“Don’t eat it. I fucked it all up,” Carter said with a loud moan.

“You worry too much.”

“What’s that supposed to mean?”

Liz dipped a chilled shrimp into cocktail sauce, bobbing it up and down, as though it were a teabag. She munched on it and licked her lips, checked her phone. 3PM. “Carter, you wanna bite?” she asked him.

“I’m not hungry.” He was on his computer looking at creative nonfiction essays. He read an essay by Eula Biss and another one by Alexander Chee. A small bag of skittles rested on his desk, and after reading an essay, he would eat a few pieces.

Carter had his AirPods in and was listening to John Coltrane. He took them off and looked up from his computer. “Did you say something?”

“Nothing,” Liz said, putting the Tupperware of chilled shrimp back into the fridge. She closed it shut and felt like throwing up.

Liz and Carter walked side by side hiking up a rocky path on the Blue Ridge Mountains. She was talking to her friend on the phone. She laughed and threw her head back, delighted. He was sweating from his armpits, as he stopped walking and sat on a tree stump. He drank some water out of a steel canister, wiping his mouth with his shirtsleeve. Then he collected some broken twigs and crushed leaves, and made a circle out of smooth stones. Liz looked into the distance and breathed in deeply, taking in the view of the redwood trees and a great blue lake. Carter lit a match and started a fire, fanning the flames with his baseball cap.

Liz sat on a thick log turned over sideways. She put her phone away in her purple fanny pack, looking bored and sleepy. “Need help?”

“I got it,” Carter said. He opened a tin can of BBQ beans and poured them into a blue steel pot. He set it over the fire, propped up by the twigs.

“You never want me to help,” Liz said, rolling back and forth on the log. She tumbled backwards and hit her head on the ground.

Carter stopped stirring the beans with a ladle. He rushed over to Liz and grabbed her hand pulling her up to her feet. “You okay?”

As the fire was blazing, the night grew colder. They ate the beans in silence. Somewhere, in the mountains, a wolf was howling.

Liz was eating a deep dish pepperoni pizza, watching a Kanye West music video on her laptop. Her stomach started to hurt. She drank some Coca-Cola and cleared her throat. She went to the bathroom and peed in the toilet.

She read a poem on her phone. It was morbid and about bunnies. The imagery seemed surreal and the language looked antiquated. One day, she thought she would write a book of poetry and become famous in indie poetry circles.

Liz flushed the toilet and pulled her black yoga pants up. Then she washed her hands with soap and stared into the mirror. Her eyes had bags under them. Her eyes were wet and warm. But she realized that was from the hot water. She was hungry again.

When she walked back to the living room, Carter was setting a bag of groceries on the kitchen table. “Thought we were cooking tonight,” he said, frowning. He took out a box of penne pasta, grilled chicken strips, and a jar of vodka tomato sauce.

“I’m tired of us cooking. So I ordered us a pizza.”

“Why don’t you try a slice,” Liz said, holding up the pizza. She smiled and walked over to the kitchen table.

“Well can I help you cook?”

Liz opened the trash can and threw the pizza away. She rolled her shirtsleeves up and her hands in the air “Let’s make pasta.”

Carter left the kitchen and went into the bathroom, locking the door. He was screaming at the mirror.

She went to the stovetop and turned the flames on. She poured cold water into a cast-iron pot and boiled it. For the next 20 minutes, Liz cooked the chicken by frying it on a pan. She heated up the pasta sauce, stirring it with a wooden ladle. When the food was ready, she put it all on a plate and placed it on the kitchen table.

Liz closed her laptop and curled up into the fetal position on the couch. She closed her eyes and screamed.

Carter was asleep in bed drooling on a pillow, his head half-way under a warm blanket. He tossed and turned, snoring like a foghorn. The door opened. Liz walked in and jumped on top of Carter, tackling him with a teddy bear. She kissed him on the cheek, right one, left one. He woke up and yelled. “Okay, okay. I’m up.” She ruffled his messy hair and giggled.

“No more napping. It’s like 2PM in the afternoon,” Liz said, getting up from the bed. She walked over to the ornate brown dresser and grabbed a plastic container filled with brownies.

Liz was chewing on a brownie. “Hey this is so good. Did you bake it?” She took a second bite and groaned with happiness.

“Why not? It’s so chocolatey.”

“Fuck me,” she said, finishing the rest of the brownie. She gave a brownie to Carter. “There’s one left.”

Carter laughed and took the brownie from Liz. He ate a small bite. “It is chocolatey.”

Liz nodded and laid down on the bed, putting her hands behind her head. She closed her eyes and yawned. “Now I’m tired.”

“Same,” Carter said, laying down next to her.

“Sure.” Carter reached over and held Liz in his arms. Their legs tangled together. He nuzzled his face into her neck. Her long hair smelled like cinnamon and apples. “What are we doing?” He looked at Liz.

But Liz didn’t smile back.