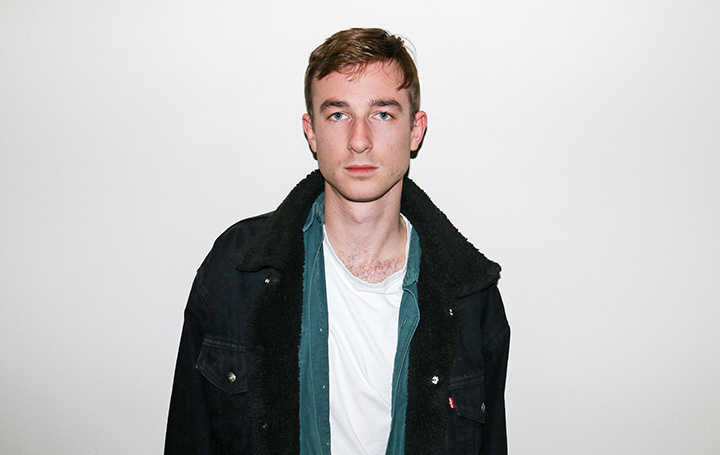 Erin TaylorJuly 2, 2016
Interviews2 Comments
Oliver Mol is the author of Lion Attack! published by Scribe Publications in May 2015.

I worked so hard on that book it led to my eventual migraines. My posture was shit and I was hunched over 10 hours a day. It pinched the nerves in my neck. Humans aren’t meant to do that. Go outside. Put your face on another human’s face. Touch the grass together.

You’ve had readings in both the United States and Australia, what do you consider the most fundamental differences in how poetry is approached in both countries?

I think people are more outwardly enthusiastic about storytelling in the United States. You go to a reading or a launch or a party and you ask someone what they do and they tell you their life story, their goals and dreams and aspirations, what they’ve published recently, where they want to go in the first 30 seconds. There’s an agency to it.

In Australia, people don’t really ask what you do. Or, if they do, they ask in a way that’s not really asking, and if you do answer and tell them your goals and dreams and where you’ve published recently they will look at you like: what the fuck. You think you’re better than me? There’s probably still a large degree of tall poppy syndrome in Australia. People tearing other people down for trying hard, or achieving success. You see it all the time. It’s toxic. So I steal from those people too. I steal their anger and their hate. I put them into my stories and make something new.

Maybe the other good thing about America is its population. And that it or it seems it can support a healthy small press industry. And that there are small and medium sized cities with large literary scenes that can support touring poets/writers/storytellers.

In a recent short story published in Rolling Stone, The Most Beautiful Story in the World, you cover a migraine that had you had for a year, which was obviously a trial. My mother always tried to soothe me when bad things happened with “there’s a lesson there somewhere”. Do you think you learned anything from this year, something to keep in your pocket on bad days? And even more so, how has it influenced your writing?

Oh man. I don’t know. I mean I learned that sometimes shit things happen to people and there’s not a lot you can do about it. It almost killed me. I don’t know how people live with chronic pain. The worst thing was the living with no hope. I cried most days. I took drugs most nights. Sometimes I still have nightmares about it. But I just have to let go. So that’s what I’m doing. The pain is over and I’m letting go. Go. Good bye.

What was your process for writing your book Lion Attack!? Looking back now, is there anything you would have done differently?

My process was that I spent three years from the age of 22 – 25 writing 10 hours a day, sometimes less, mostly more. I’d write during class at university, in my breaks, at lunch. I’d write till I couldn’t write anymore and when I got stuck I moved onto something new. If I wasn’t writing I was reading.

I think Lion Attack! was the best book I could have produced at that age. There is an innocence to it that I’m not sure I could reproduce now. I was writing about relationships from the viewpoint that “things worked out until they didn’t” and then people split. Now I know that sometimes things are different. Sometimes things can be very dark. I don’t want to by cynical but I am being more careful. I think my future work is going to be darker, though it will still have hope. There has to be hope. I worked so hard on that book it led to my eventual migraines. My posture was shit and I was hunched over 10 hours a day. It pinched the nerves in my neck. Humans aren’t meant to do that. Go outside. Put your face on another human’s face. Touch the grass together.

Actually, I think Lion Attack! has a complexity to it as well. There’s a lot going on in the text that is quite subtle. I wanted it to represent how life is. It can be a very dark book. You just have to read it in the right way.

You spent a time in the States growing up, do you ever think you’ll return and make a life there? Especially considering how Americentric the literature scene tends to be.

I have no idea! When I visited Rachel Bell and Heiko Julien in Chicago I remember falling in love with Chicago. I remember telling them: I need to move to Chicago. Now I’m not so sure. I don’t know what I would do for a job in Chicago. I’m considering applying for an MFA to Vanderbilt and there’s an international residency at Stanford but they’re both super competitive and I’m not sure if I would qualify/if I want an MFA anyway. I would like money to write but maybe I would also like to stay in Sydney, to work between my jobs, on my own time, trying to create sentences that seem beautiful to me.

Who was the first writer that really made you want to write well?

I remember, on a road trip maybe in Oregon, in the winter, sitting with my family at a campfire. It was cold and I was tired from kicking the footy. So I went to the tent. I grabbed a Goosebumps book. I took it to the table next to the fire. And I copied out the entire first page. Then I crumpled that paper up and threw it in the fire. Writing seemed way too hard and a massive waste of time.

Many years later I read Ray Bradbury’s Fahrenheit 451 and I felt changed. I’ve also had that feeling about Banana Yoshimoto and Alejandro Zambra.

What are your upcoming projects?

I’m working on a novella at the moment called You Read These Stories Because You Know How They End. I’ve written 6,500 words so far. Of that, 247 words are good words. I love those words. Those words get me out of bed in the morning. I hope one day they will do the same for you.

Lately I’ve been thinking a lot about Canada.

Australia, especially New South Wales, seems to be fucking itself. In Sydney the nightlife and culture has been decimated by lock out laws. It’s now illegal to protest. Administrators who support big business have replaced councilors and Mayors who were democratically voted in. The government recently defunded literary institutions like Voiceworks, Meanjin and Next Wave Festival. Not to mention the potential removal of parallel import restriction on books, which would effectively cripple the Australian book industry.

You look at Canada. They just committed 1.4 billion dollars to culture and arts. In Australia, we committed almost the same amount to building submarines. I’m not saying I’m running away. I love Australia and want to fight for it. I’m just saying I’m thinking about it.

I’m getting off social media soon. Probably until I finish my novella.

I’m trying to make my life out of sentences. I’m building one sentence at a time.

A New Kind of Poetics to Get Us Closer to Progress: An Interview with Michael Chang

There’s a McDonalds at the Bottom of the Sea