Escapism as Medicine, Making People Feel Nervous in Public, and Inspiration from the 7-Eleven Menu – A Chat with Porpentine Charity Heartscape 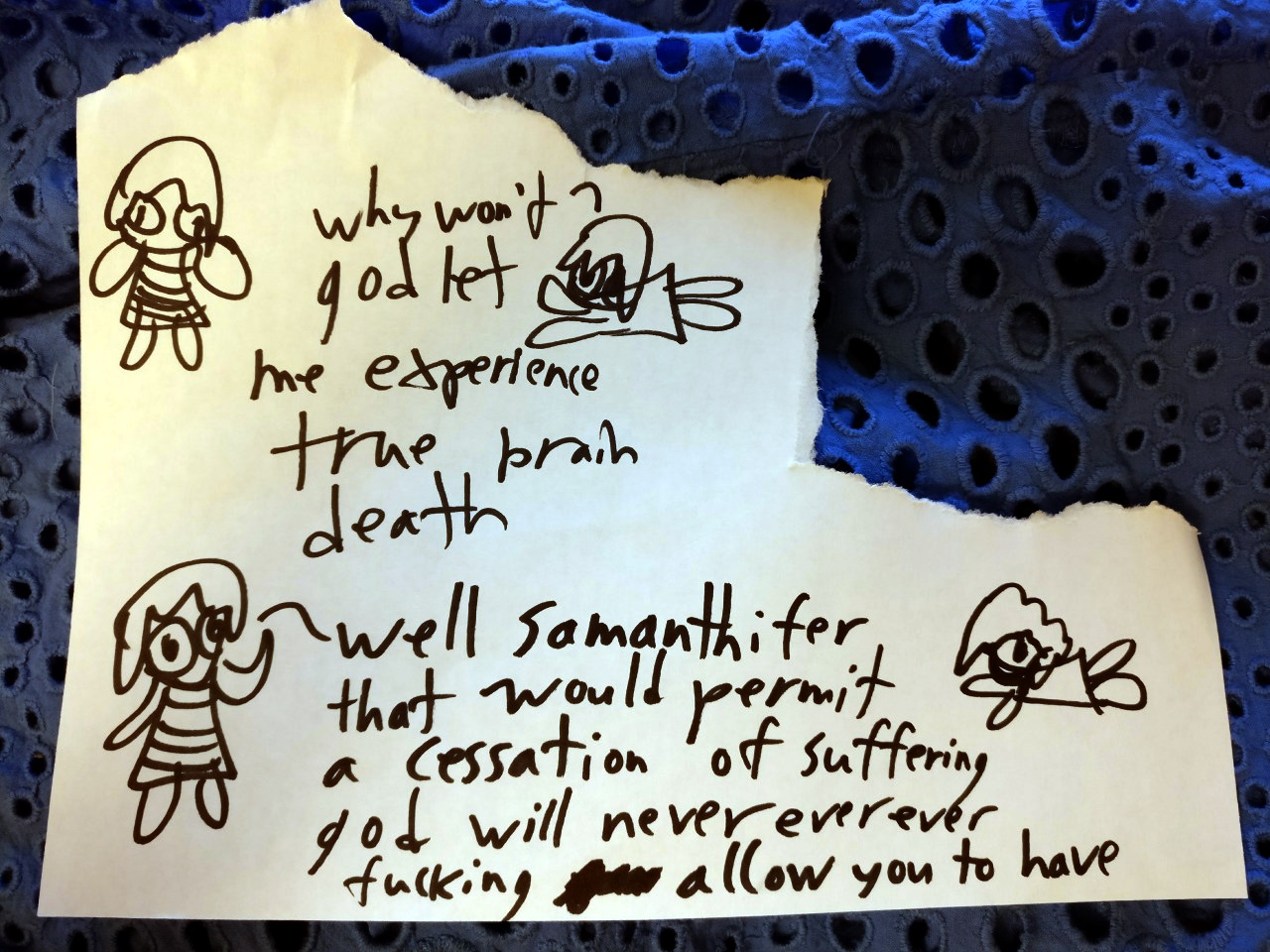 When we talk about “world-building” in video games, the connotation often focuses on the visual elements. You are known for building such complete and vivid worlds in your games, like ‘With Those We Love Alive’, using only words. What do you think are the most important factors to making these worlds feel alive?

Probably my proximity to death.

For me, the most fascinating quality of your work is the sense of escapism – one of my favorite words that can be loaded with meaning or deceptively simple. What does escapism mean to you, if anything?

In your Uses This interview, you said that your most interested in using software and programs that aren’t intended for creative purposes. I love this idea. Can you talk more about how these applications inspire or challenge you?

Nothing inspires or challenges me. Things are prefabricated at the beginning of the universe, and appear at their appointed time. No one is responsible.

Your work is known for providing many people with a sense of catharsis. Your games have this intimate, secret feeling to them, like they should be played in the dark, alone in a bedroom past midnight. However, at the Whitney Biennial, they were projected on a wall of a room crowded with people, coming and going and all invading each others space. How did you feel about this environment for your work? Do you think the sense of catharsis might feel different in a public setting?

Is there a piece of literature that reminds you of your games, or perhaps helped inspire them? Or, is there a literary world that reeled you in so much it inspired you to create your own?

What’s the most powerful word to you?