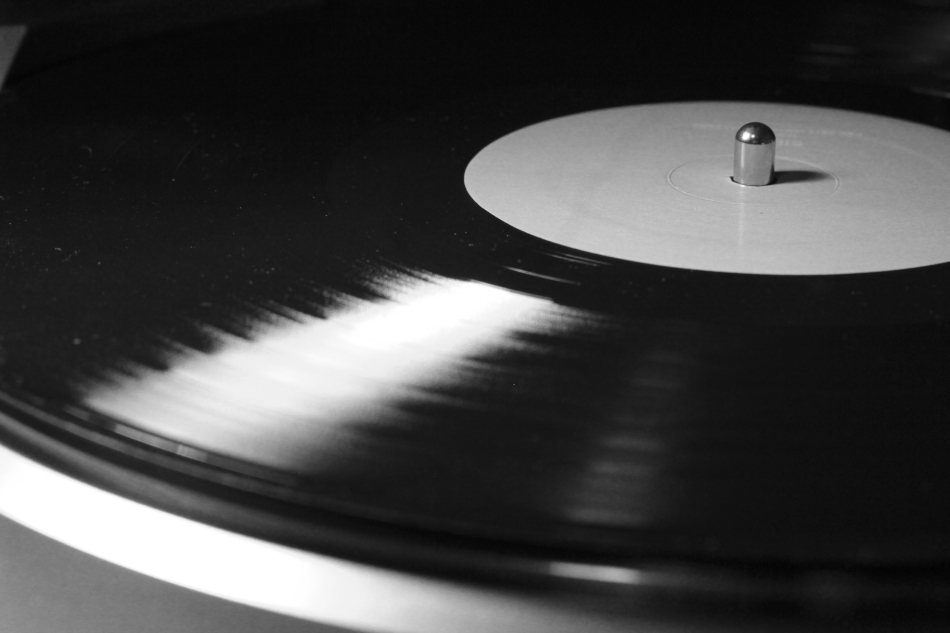 behind you dance many versions of yourself.

the last day of summer school is the same as every other day. the few dollars momma gave you for lunch you spent on condoms. like a grandmother knitting on her rocking chair, you sit in the farthest stall in the girls lavatory poking tiny holes into each wrapped disc while reading dirty messages with your name etched into the blue walls—nadine. when the bell rings, you pick up your transparent backpack and walk out into the smells of half eaten salisbury steak and mashed potatoes from the cafeteria. wipe your mouth, you’re drooling. tomorrow will be a busy day, it’s independence day. after school you rip the certificate of completion, your ticket to eighth grade, into tiny bread crumbs leaving a trail of it from the school to the dollar store where you steal a tub of hanna montana glow cream—black lights illuminate it.

years before your brother was taken by the police, he put the first fissure in your unshattered childhood. you were five. your brother lead you to the back of the abandoned apostolic church across the street. he had an old hammer in his hand. underneath a sunday school room’s broken window was a tortoise, turned over on her shell, squirming and wriggling. he told you that a tortoise’s shell will crack just like an egg, just like your life. you turned red and your skin burned and you pulled back tears as a rower pulls an oar. that day, you saw, always behind you, that version of yourself who was still happy.

today is the fourth of july. all good citizens report to the riverfront for barbecue, beer and colorful aerial explosions. on the grassy hillside you sit with something menthol between your lips and angelo a few feet away, watching you. around you, families arch their toddler’s heads, force them to brave technicolor rockets eviscerating the night sky pouring its ashen progeny all over america like seasoned salt. you flick your still smoldering cigarette onto the dry grass and hope it will catch fire.

mr. s’ head prairie dogs upward above his fence as you enter through your double wide’s screen door. inside is the acrid smell of what should be an incontinent robot cat but it’s just your mother’s meth lab. outside are the pops and shrieks from amateur pyro-technicians. the first thing you see is bobby, momma’s boyfriend, his body vacant, his frame in a frozen implosion held only by the wall he leans on and the crate underneath him. in his arm is an empty syringe jutting out like a pine needle. momma is a pre-cambrian amoeba sitting, crying on the bare floor beside a young pit bull. angelo has something in his hand that he sticks into your right arm. you’re overwhelmed. your vision is now a car’s windshield awash in rain—a fine mist sprays the glass, then dewy drops, great globs of water race downwards, the view inside your mind is obscured in the deluge, out of focus; only gorgeous formless colors.

angelo had been your brother’s friend in school. he never learned to read and by high school, when your brother had left, he began to see you. first, he’d say you’d make him happy. then, so subtly, he changed it to, any man could be happy with you. then, darkly, one night in the car he said, many men would be happy with you. the beatings convinced you. your mother never asked where the whelps and bumps and cuts and scrapes came from. the first night, another chink in your shattering life and another version of yourself, a freer one, walks alongside the happier one, ever following you.

in the late night, you walk with angelo in silence. the firecrackers have gone to sleep. you don’t care about your body as long as you can control your thoughts. the green leaves above you stare at a mini-van slowing down as it approaches you and angelo from behind. angelo slows down his gait. he goes from companion to random pedestrian leaving you completely alone. the van stops, it’s passenger window slides down slowly, and you look back and see the disappeared wisps of angelo’s presence. you make sure your front pocket has your newly pierced condoms. inside your back pocket is a half-dollar helping of your stolen glow cream which you rub into your index and thumb as you approach the van. the driver gruffly says something about your beautiful red hair as you get in. you count the money, gingerly stamping the upper corner of each bill he’s given you as he unzips his pants.

later, you hand angelo the money and he gives you a baby wipe and directs you to the backyard of a foreclosed house to clean yourself before you go back out for your walk. this happens eight more times before the sun makes its orange incision and you go back home to stare into your fragmented mirror; the radiating cracks still reflect your variations dancing all around you. lay on the bare mattress on the floor of your room. you can’t take a shower because the water bill wasn’t paid. bobby is still in the same place. momma has disappeared. you sleep and dream of fire and smoke and explosions.

the police would overlook you as if you were a shifting shadow. your school’s only guidance counselor too. she’s the only woman more revolting than your behemoth mother. when you went to her for help—and it was so difficult for you to speak with swollen lips—she dismissed you, taking a slurping sip of cold, ninety-nine cent gas station coffee infused with her daily dose of bourbon; said you had a poor attitude, as if changing it would force the torment from the streets to retreat. and that day, leaving her office, another piece of you, the contrite one, took her place next to happy nadine and free nadine. they all dance.

you steal a clump of greasy dollar bills from momma’s purse. you buy a pack of cigarettes from a boy up the hill and keep what’s left in your pocket. in the woods, you see a falcon flying over the canopy of pines and oaks. at the arcade, by yourself, under a dazzling array of black lights, you stare at the cash in your hand; smeared into the upper corners of every single bill are brightly glowing smudges.

you can render the night useless, make the moonlight radioactive, turn romance into typhoid, shove the moth back into its chrysalis. tell me what you will do, nadine.

you inched your way home from the arcade beneath ghostly twilight; each step as if trudged through the dimly lit murk of a caribbean lagoon. angelo stands beneath a dangling pair of shoes on a wire. he’s been playing basketball. his shirt is off revealing deep green designs engraved into his gleaming pallid neck, like a marked product. he approaches and you ask him to walk with you to your trailer. and you remember your panamanian neighbor, mr. s., who always watches you while he masturbates from behind his picket fence. his pet is a mythological creature, an unchained monster. you create a story about how mr.s took you by force this summer. you tell angelo you were afraid as hell to tell him because of mr. s’ threats. that we should pay mr. s. a visit. angelo tells you that you should be afraid of him and not mr. s. and he slaps you for good measure.

a well-aimed firecracker and the clouds blush violet, surrendering its rain in half-drizzles, spitting down while you and angelo stand in front of your neighbor’s door, pounding on it. their dog roars from inside. lights turn on and the door opens. mr. s peeks from behind the chain and sees you first, and manifest wantonness creeps into his eyes and mouth until angelo kicks in his door and begins beating his pock marked face. you yell at his wife, that you’re pregnant, that he raped you, that you hate them both. she’s on the phone hysterically crying, pleading with the phone to hurry. there’s the screaming, the barking, the fracturing glass, and waves of sleepy neighbors in their pajamas emerging from their brick façade caves. your momma’s enormous shadow eclipses the moon. a cacophony of sirens approach. and a four legged gargoyle runs toward you, its sharp canines shine with want and saliva. this time, instead of rain and formless colors misting your windshield, you only see sharp red striations cutting into your conscious darkness.

paramedics are throwing your thrashing tangle of bloodied limbs cursing onto a stretcher. six patrol cars—pulsating red, then blue, then red—and their paramilitary law enforcers, plug up their tazers into angelo’s rigid torso. the syrupy red ooze drizzling from the dogs satisfied jaws creates a crimson slick on mr. s’ driveway. in the street, your mother acting as barricade, three pairs of hand cuffs linked together, one gargantuan tit exposed, draped over her side. out from your trailer comes another stretcher—that’s bobby’s body.

the lamp posts bend over you, their halo’s light the way for you. your ethereal fragments dance behind you like a carnival. they become solid and beg you to follow the nadines skipping and prancing into the woods across the way, and you do follow, finding one of yourselves lying nude on a mossy log, bathed in azure moonlight, basking as the nucleus surrounded by all the whirling dervish nadines painting the air auburn. and all the trees surrender their leaves and murmur—

Denis Tricoche lives and writes in Phenix City, Alabama where he is currently working on his first novel. You can find him on Twitter @allviceversa where he tries to be witty or on his currently-under-construction webpage denistricoche.com