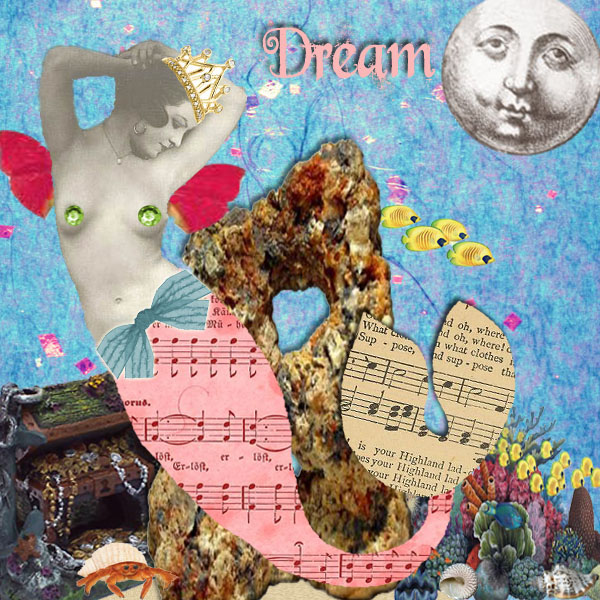 ‘Manic Depressive Dream Girl’ is now a book! It can be purchased here: http://www.maudlinhousepress.com/books/manic-depressive-dream-girl

I had not been looking forward to this date. The reasons were numerous, but if asked then the main one would’ve been that the whole thing had been set up by my sister. I found it inconceivable that she—who sat in constant judgment of the girls I was, you know, talking to—could do any better than I’d been doing at finding the right one for me.

I sat on my couch thinking about how very much I did not want to leave. There was maybe a three to five minute window to still head out and make it there reasonably on time. I was playing this video game, and had been skating by on my last life for a while by that point, and thought it’d be a shame to just turn it off and go to this bar for this pointless blind date. I was thinking I’d just no show and ride this lucky streak because surely, if comparing alternate timelines, the night I beat the top level of this game on just one life remaining would have a more positive and significant effect overall on the future than the night I had a boring, awkward drink with some girl. But with a minute left in my window I made a stupid move and it was Game Over and stats of failure on the screen, and I don’t believe in signs or anything but I didn’t really see any reason not to go.

The first thing I noticed was her hair, which was enormous. Like the biggest I’d ever seen. Tightly coiled spirals that instantly brought to mind the phrase ‘controlled chaos’, which made me feel racist when I noticed, secondly, that she was black. These thoughts were a millisecond apart so they flowed more as one coherent musing my mind quickly pieced together, more like this big haired black girl is beautiful—making her beauty the third thing I noticed, I guess. I complimented her hair right after introducing myself, and she thanked me, laughing, but gave me sort of a wary look. Her hands would wander to her hair throughout the night, sort of lightly petting it, and every time I wanted to touch it myself.

It wasn’t the awkward, stilted evening I’d feared, perhaps due to the “drink and a half” she’d admitted to having before coming out to meet me. She’d done this, she said, because it both eased her nerves and saved her from spending more on drinks at the bar. When asked why she was nervous she replied that she always was. She was being honest, but at the time I’d thought it was faux modesty. As she spoke, quickly and at length, I tried to re-conjure the date I’d expected in my mind, informed only by what my sister had told me, to contrast with the reality in front of me. But I found I couldn’t recall what I’d been anticipating from the “pharmacology graduate student in my lab” my sister had advertised as “very funny.”

And she was, by the way, really funny. Weirdly I think it was the way she laughed at her own stories, breaking into giggles and having to catch her breath often, that made everything she said seem so much more hilarious. The phrase ‘infectious laughter’ never seemed more apt a description. It was cool to me that she’d managed to charm two people as different as my sister and I. I don’t believe in fate or anything like that, but I was pretty sure it meant she was special.

I fell in love hard. The whole head over heels for a girl thing was already a well documented weakness of mine, but it was blown up in an almost cartoonish fashion this time. Like, I’m saying there were probably visible hearts floating around my head. The movie montage of our romance would include scenes of her inventing a different meet-cute story for anyone who asked, upping the weirdness of her tales every time. The audience would laugh at the panic on my face as she explained to one person that I was a reformed skinhead she met when she was teaching ex-cons to read. You’d see her reassure me that dropping out of college hadn’t been, as my sister insisted, a terrible mistake since I’d already found my niche in the local music scene. Her skipping class to stay in bed with me, the drunken late night sing-a-longs, the failed culinary experiments: all there in their clichéd glory.

The music would fade and the next scene would probably be her opening up to me, which she sometimes seemed hesitant to do. Certain details she revealed would later seem particularly relevant. She came from a religious family, but was now an atheist. She studied what she did because of a lifelong interest in mental illness. As a kid she would pull her hair out strand by strand and nibble at the roots. And she’d been obsessed with death. So curious was she about the afterlife, she tried to visit. As an experiment. She thought God would understand her scientific endeavor and let her go back if she needed to. Wanted to. She hurt herself accidentally, she said, in attempting this and that was when her parents explained the importance of faith to her.

She was still obsessed with death. She talked a lot about the animal research she was working on, and seemed disturbed by and fixated on the sacrificial aspect of it. She said she was just squeamish, that the blood and brain and bone grossed her out, but I know now she was haunted by those rodents. I know now why tears started to fall when, after she’d told me about the rat that got too much Ketamine and died as she was putting a probe in its head, I jokingly called her a murderer.

The girl I met disappeared, shrouded in blankets and melancholy. The wit and laughter and fun were replaced by anger, sadness, and hopelessness gradually and then all at once. She stopped going to classes and lab all together. She’d still drink—maybe even more, maybe too much—but she definitely wasn’t in the mood to sing. She slept too much to ever eat. To hear the words “I want to kill myself”, or the I should/I’m going to/I need to variations, and know those words were spoken in nothing but truth and pain was terrifying. I wouldn’t have guessed that, having heard her say them in jest before. Later she’d try to joke about it again, but slowly she’d stop when I reacted in concern rather than amusement each time.

When my sister asked, on behalf of the head of their lab, what was going on I had to let her know how scary everything had gotten. The chair of her department talked her into visiting the school’s counseling center. From there her life became tablets and capsules, taken in multiples, symptoms and diagnoses, therapy and mood journaling. When the words mania and depression were introduced to me, it was like an optical illusion suddenly made perfectly clear when someone simply explains what you’re looking at.

I don’t know when exactly she stopped taking the pills. I suspect maybe she never took them quite regularly. I don’t know if it was before or after she quit her PhD program. I do know she stopped taking her birth control pills after the meds were out of her system, because she told me the mania made her forget them. I don’t know how long she’d been without the mood stabilizers and anti-psychotics when I started to notice that her happy was too happy. It was too late to reach her when too happy turned to aggression and anger. By then she was talking at me, not to me, in high speed about the angel of death and the Day of Judgment. She thrashed and yelled and cried when we brought her to the hospital.

I wish I’d known about the meds, if only so I could’ve answered when they asked if she’d had any Depakote in the last five or six weeks. Turns out the stuff is baby poison and they wanted to know if she’d been exposed while pregnant. I stood there stupid and silent, and my sister sighed and started to play armchair psychopharmacologist with the doctors.

The baby, our son, was born with blue eyes. Her family insisted they’d get darker with time, but they never did. Maybe I’m sensitive because they’ve never liked me, but it seemed like they resented me for passing on the trait. They were similarly displeased that she and I weren’t married, but ignored the fact that I’d asked and she said no.

I thought she’d abort. When we talked about it, it seemed like what she wanted. She felt worried and guilty about any harm she may have done during her manic period. She was certain she’d drank enough to cause noticeable damage. I told her it was her decision. I don’t know if she could tell I wanted her to keep it. She went home to see her family and kept extending her stay, and when she returned with a growing belly I felt relief and fear in equal
measure.

Her new lithium regimen didn’t prevent the postpartum depression, but I think it kept her sane enough to save her life. My guess is it was working by the time my grandfather died, and I slipped into my own grief precipitated depression. She took care of me and our son displaying strength and patience I’m not sure I demonstrated when she’d had her own episodes. Because she was stable by the time she suggested we elope and use my inheritance money to move across the country, away from her family and the place that only reminded her of losing her mind, I knew it was love and not manic grandiosity. I’d grown out of viewing my life as a movie by then, but it was hard not to in that moment. I took her hand and she smiled, and I heard the swell of the ending score, felt the past fade to black as we prepared to write our sequel.

Naadeyah Haseeb is a 26 year old biologist and aspiring author living in Raleigh, North Carolina. Her writing has appeared or is forthcoming in Maudlin House and Literary Orphans.