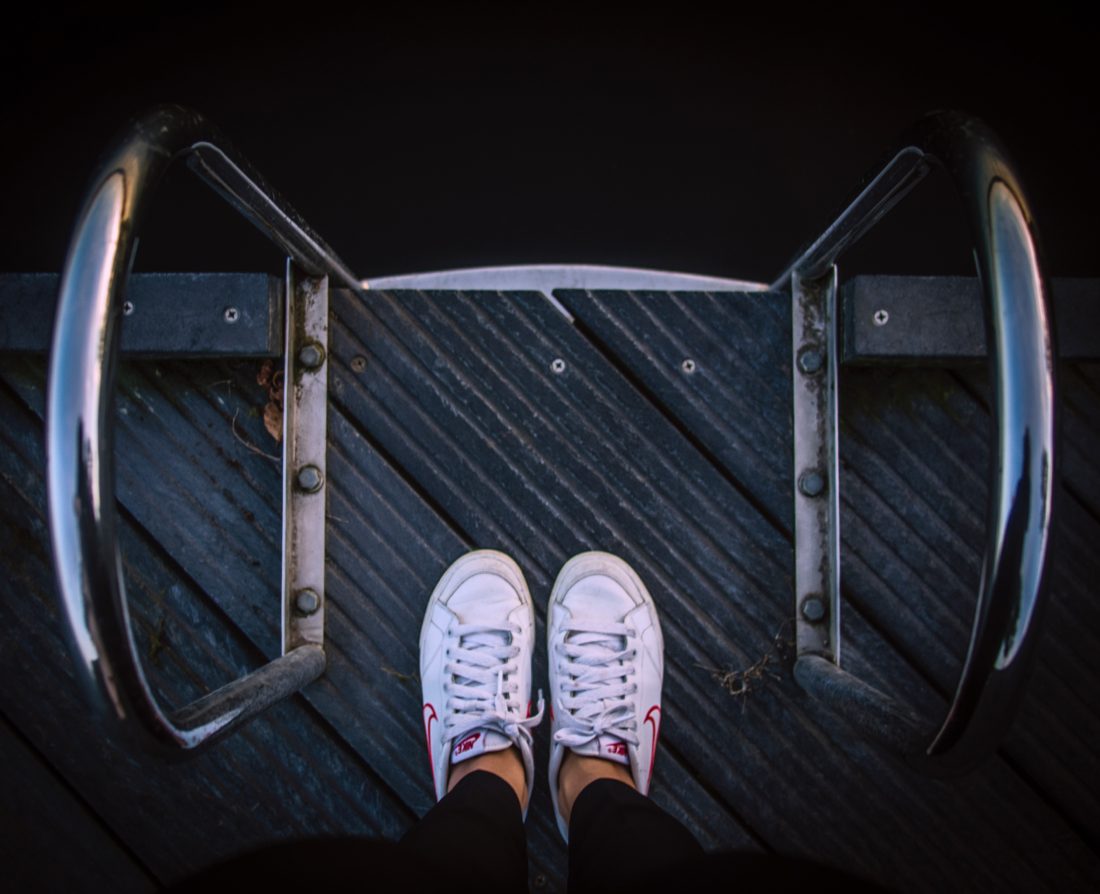 The day after my thirty-fourth birthday, I had a dream about Lana Del Rey. In the dream me and Lana were sitting on a California beach at midnight, smoking weed while the moon glinted above like a silver coin on a summer sidewalk. Waking up I realized that the dream had probably just been a side-effect of me listening to “High by the Beach” on repeat while getting drunk on Merlot with my mom last night, but then I remembered my best friend Lizzy G from middle school, and I realized that she and Lana were the same person. Checking Lana’s bio on Wikipedia I confirmed my theory: both women shared the given name Elizabeth; both were former church singers who grew up in my hometown of Lake Placid; both had trouble with booze starting in middle school; both had a mother who taught at the local high school. Reading all that, I had no doubt: my best friend from middle school had gone on to become my favorite singer in the world.

With this in mind I had to go and see her. Even though we hadn’t talked since her parents had shipped her off to a Connecticut catholic school when we were fifteen, I knew she’d remember her girl Nikki. So I fired up Google and checked her touring schedule. She was in Atlanta tonight, but in three days she’d be performing at Roseland Ballroom in NYC, a little less than an hour and a half from where I was sitting right now, in my house in Topine, NY. And since I didn’t have to be back at work until Sunday morning, two days after the concert, the timing worked out perfectly. The only problem was getting there. Because of my DUI back in March, my driver’s license had been suspended. And I knew Mom would never drive me there because she was still pissed at me for moving back in with her without asking after I broke up with Tyler last month. So for the next hour I lay in bed, finished off the last half-bottle of Merlot left over from last night, and thought about what to do. A few minutes after that, it came to me.

By noon I was pedaling my bike down Black Cherry Road, making my way to the bus station. The cool summer wind cut past my cheeks, and the soft gold light of the sun warmed the backs of my hands. Then, as I sliced past Geno’s Second, the pizza place where Mom and I worked as waitresses, I turned my head and hid my face behind my hand. Mom was working the lunch shift all day today, so the last thing I needed was for her to see me riding past the restaurant on my bike, half-drunk and without a helmet. This was exactly the kind of stupid stuff she used to do back when I was a kid, but of course whenever I do it, it’s wrong. For as long as I could remember, she’d been the kind of mom who would down a glass of wine just before lecturing me about the evils of alcohol. As a drinking buddy she’s a lot of fun, but as a parent she’s a complete mess.

Ten minutes later I realized I hadn’t yet bought a ticket to Lana’s show. So I turned into a quiet housing development full of towering sugar maples and pastel-colored colonials. From here I took out my phone, slowed to a leisurely coast, and tried to order my ticket to Lana’s show. Just then my bike smashed into something big and my phone jumped out of my hand. I flew over my handlebars, tumbled across the trunk of a car, and pancaked onto the pavement. After this I felt very tired, and my knees and elbows started to hurt a lot, so I closed my eyes and relaxed. The pain swept over me in little rhythmic splashes.

I must’ve fallen asleep for a while, because the next time I opened my eyes, the parked car I’d run into had been moved into a nearby driveway. In its place stood a college-age girl with a phone pressed to her ear. She was skinny and tall and had a long brown ponytail and square glasses.

“Please don’t call my mother,” I said to the girl. “She’ll kick me out again if she finds out about this.”

“I’m not calling your mother, I’m calling an ambulance.”

“Don’t call them either.”

“It’s fine,” I said, pressing my aching palms into the pavement and pushing myself up into a sit. “I’m okay. I swear.”

The girl stared at me for another long moment and then looked around the development. Following her gaze I saw an old man sitting in a rocking chair on his porch next door, but he wasn’t watching us. His head was thrown back to the sky in sleep or death or something else. Other than that, the street was empty.

The girl turned back to me.

“But your elbows and knees are all cut up.”

“Okay, okay. You drive a hard bargain, sister,” I said, feeling dizzy and drunk. “If you promise to not tell anyone about this, I won’t tell anyone either. It’ll be a secret between girls.”

“I’m fine, I swear,” I said. Now I remembered my dream from last night and the fact that Lana was my old best friend. With that in mind this whole situation suddenly seemed very silly and unreal, so I said the first thing that came into my head. “By the way, do you have any weed?”

For the next few minutes the girl helped me clean my cuts. Her name was Kristen. After this I took a bath in her house and she let me use some of her mom’s scented bath oils. Laying in the hot water, I breathed wet air spiked with chamomile and lavender. When I came out of the bath she said her parents were out of town for the week so we didn’t have to worry about them coming home and asking questions. Then she offered me some wine. She didn’t have the weed I’d asked for, but apparently her mom had some Pinot noir in the basement, so once that was in hand we trudged into the backyard and opened the bottle. From the weariness in her face I could tell she’d been waiting all morning for an excuse to start drinking. I knew that look all too well. I saw it staring back at me every time I looked in the mirror these days.

At the back of her property was a creek. In front of the creek was an old Weber grill and a square of bricks set into the grass. The square was no more than fifteen or twenty feet wide, and on the far side of the square sat a stone staircase that went straight down into the creek. That was something I’d never seen before.

For the next hour we sat by the creek and drank the wine. While we drank Kristen told me about herself. She was a freshman over at Topine Community College, but she wasn’t doing so great and was thinking about taking a year off. I told her that if she was even thinking that, then she’d already made the decision in her head, so it was probably best to just drop out already and move on. As I spoke, I realized this was something my mom would’ve told me in the same situation. I didn’t like that. I didn’t want to be a Negative Nancy like her, always tearing people down. After that Kristen went quiet for a while. In this quiet I told her that my old best friend from middle school was Lana Del Rey, but she was doubtful about this. Even after I presented all my evidence she still didn’t believe me. She told me the probability was very low that my friend and Lana were the same person. To humor her I looked up at the sky and pretended to think hard about what she had said. But instead I imagined what it would feel like to walk down those stairs into the creek and to float away forever. That seemed like the best course of action at this point in my life. But I didn’t do that. Instead I reached for the bottle and asked Kristen if she was similar to her mom in any way.

It was a good day. She was an easy girl to like.