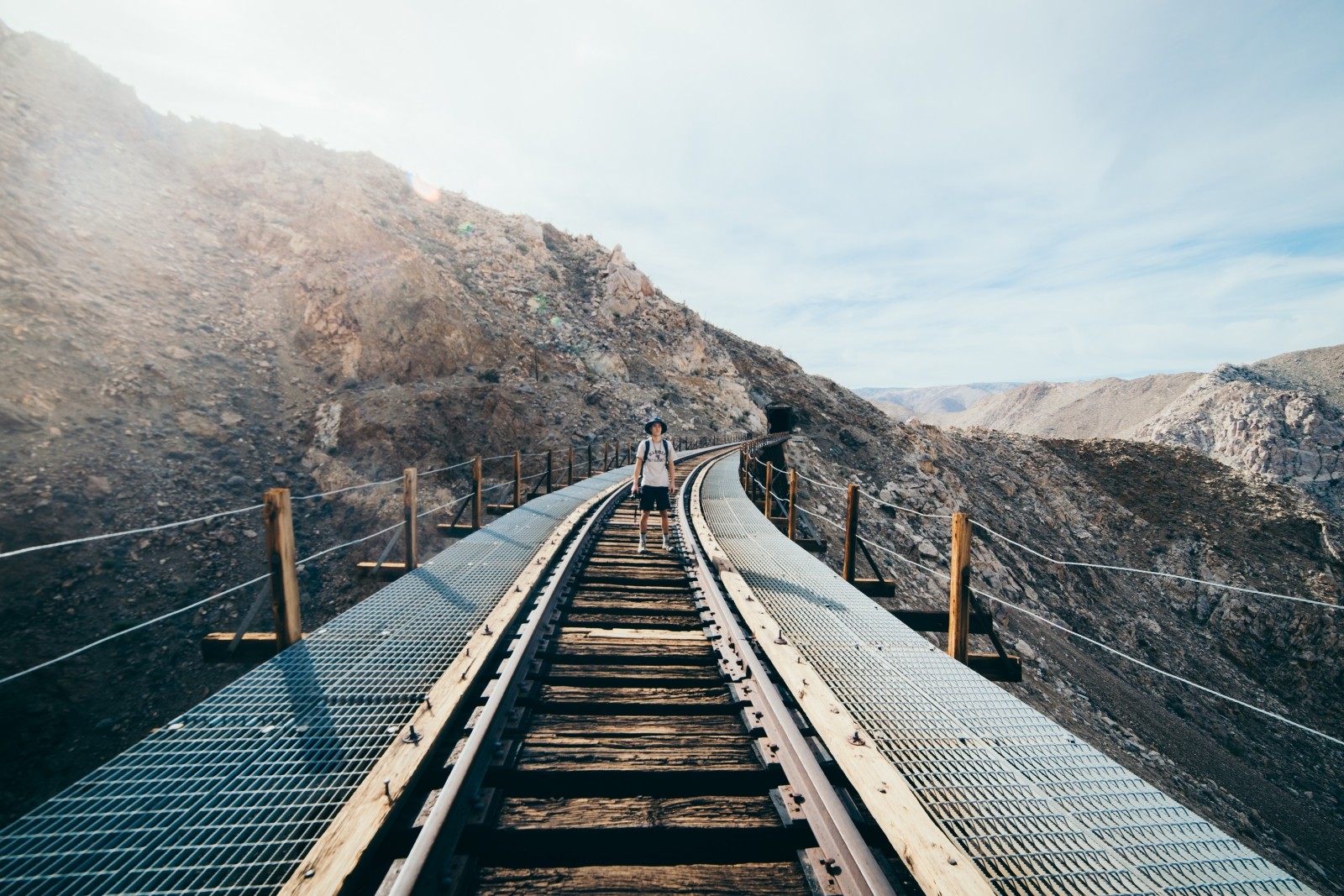 You didn’t know why the engineers chose to lay the rails side by side; you only knew that it was strange to ride a horizontal train. All of the seats faced the windows so passengers could see the world growing before them or shrinking in the distance.

You sat on the shrinking side of the train. You brought nothing but a small purse with you. It contained only six items.

Someone walking down the aisle peering over the back of your seat might find it odd that you had with you:

That same onlooker would also be thought of as incredibly rude if someone caught them spying into the contents of your bag as you went through them.

The countries whipped out from under you and raced off into a pin point. The speed and distance made you anxious. You opened the compact and stared into its dirty mirror.

“Would you like a beverage, sir?” a passing attendant asked.

“No thank you— oh, actually, can I have a glass of warm salt water?”

The attendant looked surprised but obliged with a smile. He returned shortly, and you thanked him. After he walked away, you pulled out the coin purse and plopped it into the warm salt water. It glowed brighter in approval.

A video monitor near the armrest of your seat quietly blipped out the train’s current location. Paris, Texas. Five minutes later, another blip. Okinawa, Japan. You wondered how much longer it will be until you arrived at the right city. Moscow, Omaha, New Delhi, Toronto. Hours passed. The blips on the screen beat in tune with the rhythm of the coin purse.

You’d been avoiding it, but you pulled out the picture of the young man. It was worn, and the lower left corner was discolored from water damage. This was your favorite picture of him. You liked it because every time you looked at it he seemed bigger— an aging sun. Your memories only recorded the shrinking, the cities falling away in the train window.

The train didn’t stop at each city. It didn’t give passengers a chance to decide against going to a new place. It launched them out when it knew where they needed to go. But the train had not launched you. Other passengers were shot out of their seats like quiet cannonballs. A family of four was thrown into the sleepy town of Madras, Oregon. Three lovers zoomed off to a triples retreat in Lima, Peru. Even a young woman traveling alone in rags was sent somewhere near Stockholm. But unlike them, you knew your destination.

Countries, mountains, and lakes had all passed in the window. There was only dark sky, chubby rain drops, and fogged glass. The train slowed exponentially. The brakes were soundless, but small speakers in the corners of the train car whistled an imitated, impish screech.

The train stopped. The doors opened automatically. The attendants were all in their sleeping quarters. You gathered your six items, seven including the glass of water, and exited the train.

Wet air drooled over you. You raced to the eves of the train platform. You took a seat on wooden bench. You placed the glass of salt water with the glowing coin purse on the dry wood next to you. You unraveled the wadded up tights and like the million other times you’d done it, slid them up onto your legs.

You couldn’t tell what emotion you were feeling. Stormy, you would have guessed. You opened the compact and looked yourself in the eyes. “Yep, stormy.” You inverted the compact over the glass of salt water and shook the grey powder into it. It settled at the top like instant hot cocoa mix. You lit the match. You held your breath and shielded the flaming splinter from the weather. Then you dropped it into the salt water glass.

The grey powder slowly sank under the weight of the match. It fell like snow into and around the glowing coin purse. When all of the powder had fallen, the fire sank into the liquid, extinguished. Something chemical occurred— the coin purse glowed brighter and its pulse rose. The liquid around it bubbled and gave off faint heat. You warmed your fingers for only a minute.

You set the photograph of your beautiful love against the glass. You boarded the train.