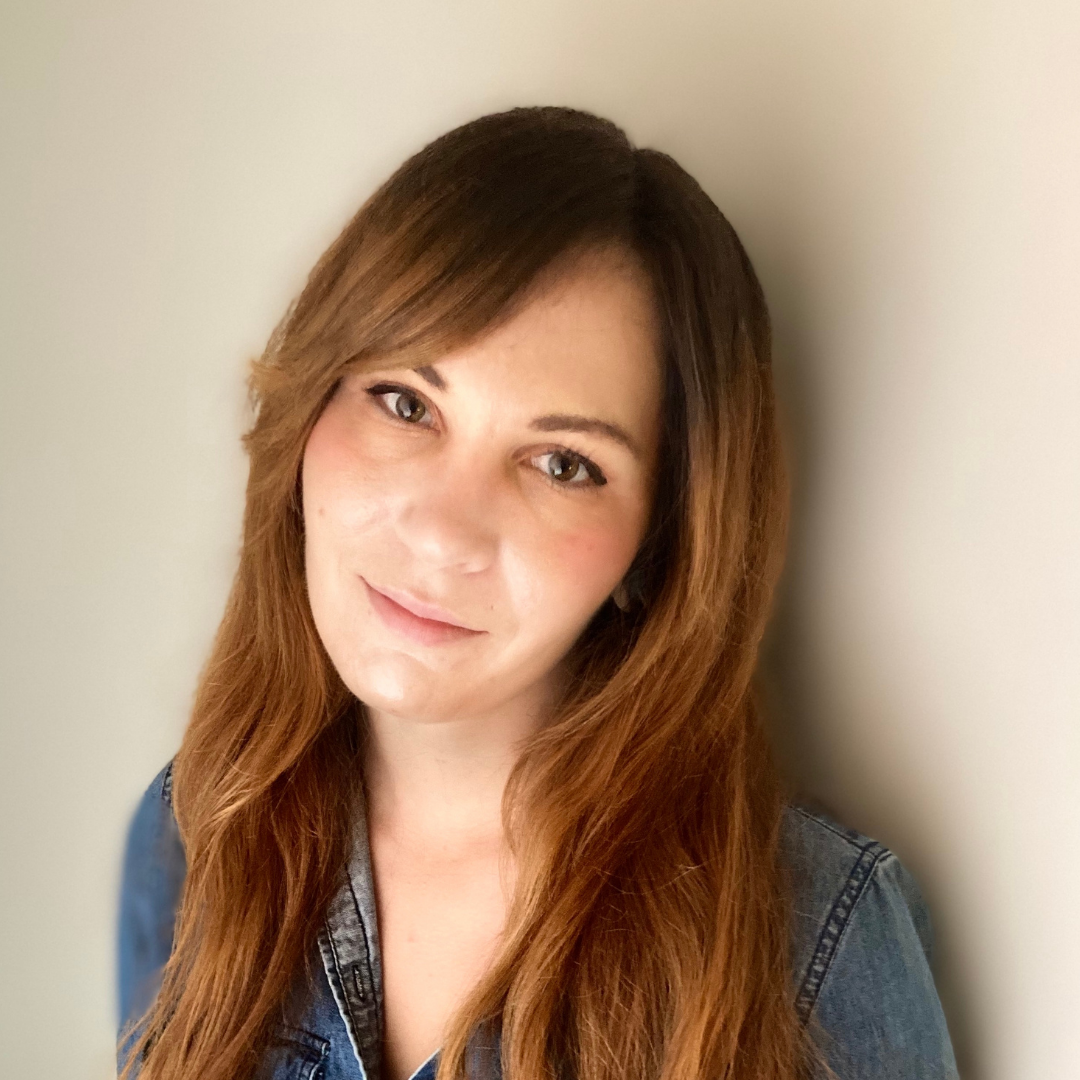 Dim the Lights and Share a Viewing Experience: An Interview with Gina Nutt

“Can a chainsaw be a god? A masked person’s bare hands?”

Featuring eighteen essays that braid together memoir and criticism, Gina Nutt’s debut collection Night Rooms(Two Dollar Radio, 2021) is a supernatural force—a sharply felt, deeply instinctual investigation of horror cinema and the quiet terrors that follow us beyond each viewing.

In an essay about Spielberg’s Jaws, Nutt writes: “The ocean is balm and horror. Think of the surface, not the plunge beneath, the depths.” Soon, the fear of water and void is transcended into something equally endless: grief. Nutt similarly cuts and restores films like David Lynch’s Fire Walk with Me and David Robert Mitchell’s It Follows, looking for explanations, conjuring meaning from beyond the abyss.

Through ghost towns and haunted houses, monsters and nameless shadows, Nutt lets the reader into her night rooms, these intimate spaces that both burrow in and extend out, while keeping us grounded in emotion and reality.

I spoke with Gina online about Night Rooms, growing an essay into a book-length project, the manifestation of upstate New York in her work, and painting watercolor portraits of her cat under quarantine.

Hi Gina! Thanks so much for taking the time to chat with me! Where are you writing from, and how are you holding up?

It’s my pleasure, Gauraa. Thanks for reading Night Rooms and talking with me. I’m writing from Ithaca, New York. I’m holding up alright, especially with spring settling in lately.

How have you been spending time in isolation?

I’ve been writing and reading. Watching a lot of movies. I briefly got into watercolors and painted a portrait of one of my cats. I was going for a Glamour Shots vibe, which was too ambitious for my beginner skillset.

Watercolors can be so calming! Do you have any pictures of the portrait we could share with our readers?

That was the idea! Sharing the photo, I realize the portrait is unsettling, but also totally fitting for a lockdown hobby. (My husband says it has a slight Midsommar feel to it.) I like having a few mellow out activities—baking, gardening, playing solitaire, which my eldest cat also enjoys.

Congratulations on the release of Night Rooms! I’ll restrain from fangirling, but I’ve read the book twice since I got it in the mail last month, and have quickly identified it as a favorite. How does it feel to have the collection out in the world?

I’m so glad you’re enjoying Night Rooms. It feels nice to be sharing the collection. A little strange at times because parting with work and calling it “done” always feels odd to me, publishing inspires a mood ring’s worth of feelings. Mostly, I’m excited and appreciate that the book is out now. I’ve also enjoyed connecting with people, especially after a year when so much felt distant.

Have you re-read the book since it’s been out? Are there still elements you wish you could tinker with?

Between the virtual tour and recording the audiobook, I’ve re-read the book a few times since its publication. I feel a few ways about it: I’d finesse sentences and language forever and I also feel calm with the book and the version that was published. There’s a delicate balance between revising and editing to improve the work and self-sabotaging perfectionism.

Night Rooms was born out of a shorter work, “The Four Day Win”, published in Cosmonauts Avenue. When did you realize the essay was going to grow into a longer project?

About the time I sent out “The Four Day Win” I was still writing about additional personal experiences, more movies. That essay felt done, but I wasn’t ready to leave the premise that inspired it. I felt like I could live inside the idea for a decent stretch of time. I broke up “The Four Day Win” and thought of it as loose scaffolding for a larger arc as I continued writing.

The book covers a lot of ground and time—sixth-grade classes, college dorm rooms, the MFA, Syracuse, Ithaca, married life—and as you discuss these films, your personal history unfurls softly in the background, never overtaking your commentary on film. This is a difficult balance to strike for most writers—what was the process of braiding these elements together? Was it an instinctual first-draft feeling, or was it refined in revision?

A few threads initially connected, but I linked other ideas and themes later. I moved parts around once I had a draft and could see the book as a whole. Expansion and compression guided much of the braiding—writing new personal vignettes along with new reflections about films. Finding the right balance and pace, involved a lot of reordering, cutting, rewriting, and overall editing. It helped to stretch the process over a long timeline, extend the work (and myself) patience, and not rush.

Did you write the book chronologically, parallel to your personal timeline? Did the order of these essays shuffle as the book came together? How did you settle on this sequence?

I moved essays or parts of them around the manuscript. I broke a few apart, swapped a few. I have several hands-on revision strategies I like—cutting up drafts to play with paragraph order, color-coded notecards on the wall to lay out different threads. Mostly though, it was a lot of intuitive shuffling. “Feeling my way through it” is how I’ve come to think of it.

How long did the book take you to write?

Four years, with an extra year of edits and revisions. It feels like longer to me because I’ve orbited some of the experiences in the book for as long as I’ve been writing.

In an essay about The Four Day Win and It Follows, you reference the David Berman poem “Snow”: when it’s snowing, the outdoors seem like a room…A room with the walls blasted to shreds and falling. In a later essay about collegiate parties, hazing and Fire Walk with Me, you write: “What was I doing in those rooms is another way to ask what I wanted to prove.” I debated not asking this question—perhaps the title is more exquisite untampered, mystified—but I haven’t been able to stop thinking about it: what does a night room mean to you?

While I was toggling between title ideas, Night Rooms spoke to the experiences I describe and the book’s meandering approach. Writing the book felt like wandering between a personalized video store/library/archive/museum, occasionally going back to a “room” or idea. Initially I thought of a movie theater, or a living room, any space where we dim the lights and share a viewing experience, whether that’s with family, friends, or strangers. The longer I hung onto that title, the more right it felt, suggesting the many manifestations of an enclosed space, rooms we walk into or through, or close off.

Syracuse and Ithaca play such an important role in this collection—gorges, Wegmans, the SU campus, the fraternity row—has the manifestation of upstate New York changed in your work over the years?

While writing Night Rooms, I toggled between the essays and a manuscript of poems set, not explicitly, in Ithaca. The essay collection feels like the first book in which I write into Syracuse and Ithaca in a more realistic way than in my poems, even as dreamy as the essays get. Cities are named. Landmarks may be more recognizable. Overall though, I sense the mythic aura and curiosity are consistent in how I write about the region.

The intimacy you share with the landscape comes through strongly in your work—do you see yourself ever leaving upstate?

Maybe, and it’s also hard to say, particularly after a year of so much uncertainty. I know people who left Ithaca and moved back, or they left and want to move back. I try to remember that whenever I entertain ideas of moving elsewhere.

One of my favorite aspects of this collection is its interrogation of the physiology of horror. You write about l’espirit d’escalier—the spirit of the stairs—and l’appel du vide—the call of the void. Do you remember what instigated this interrogation for you? When did horror films grow beyond a viewer experience, from friends watching a scary movie at a sleepover to a form worth deeper examination and analysis?

Some of those themes and threads echoed in previous writing. For this book, the earliest writing was in response to two deaths in my family. Pulling in and reflecting on cultural ephemera has always felt vital to my work. I like nurturing and adding to an ongoing creative conversation that spans genre and medium. For horror films specifically, the film I saw that wouldn’t let me go, or maybe it was the other way around, was It Follows. I hope I never get over how I felt sitting in a theater, seeing that film for the first time, so overwhelmed with dread and immersed in the experience. One of my favorite parts of the book being out is the strong reaction people have to that film. It feels like a collective nightmare I’m stitching together, but it also speaks to the deep resonance of horror.

Were there any films you considered writing about, any research you conducted that didn’t make it into the book?

I downloaded academic articles when I was working as an adjunct instructor. I abandoned those when I felt the book pulling in a direction that didn’t feel organic for my voice and style. And I have a list of movies I didn’t write about. There was one essay I wrote late in the process that fit the book’s premise and project, but I had no idea where it belonged in the book. I also trimmed film references in places where I felt my own voice was not present enough.

Could you tell us a little bit about what you’re working on at the moment?

I’ve been recording the audiobook for Night Rooms at home for Two Dollar Radio. I hadn’t initially thought about an audiobook, or how meaningful it could feel to record it myself. As for writing, I was working on fiction whenNight Rooms was accepted. I put that book in a drawer but I’ve taken a few mornings here or there to glance back at it.

Has the process of recording or “performing” the audiobook recontextualized the work for you? Are there parts that mean something different or new?

The audiobook gives the essays another way to exist in the world and I like that it’s an aural record of the book’s lyric pull. I found reading the lists fun, leaning into the accumulation.

What are some books you’ve read and loved recently?

Lindsay Lerman’s I’m From Nowhere, Patricia Lockwood’s No One Is Talking About This, and I’m just beginning Garielle Lutz’s Worsted.

Night Rooms is published by Two Dollar Radio, and available wherever books are sold.