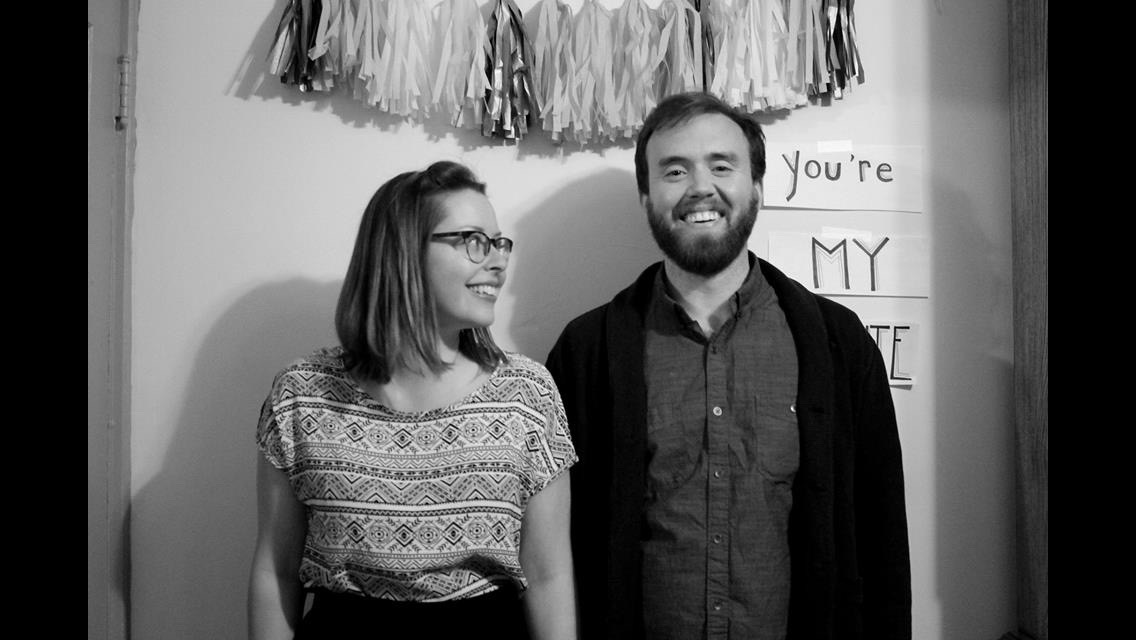 Building Communities with Fear No Lit

Fear No Lit is a (web and IRL) literary organization. I was honored with the chance to ask the founders and editors Tyler Steven Barton and Erin Dorney a few questions!

“we felt that inexplicable urge to create something new and get back to building literary community, both online and in our town.” Erin Dorney

How did Fear No Lit come into being?

Tyler: Three years ago, Erin and I created a literary organization called The Triangle, which was based in Southcentral Pennsylvania. We put on unique readings, complied a community calendar of regional literary events, and interviewed/reviewed local writers and events. It was awesome! The literary community in Lancaster, York, and Harrisburg PA is really strong, diverse, and exciting. But then something terrible happened. I got into grad school. We moved to Minnesota. FEAR NO LIT is sort of a distilled version of The Triangle—we took all the things we loved about that project and put them into FNL (the visual interview series, off-kilter literary events, general enthusiasm and support for anything different or “fearless” in the greater lit community). The main difference is that FNL isn’t location-specific. Although we’re starting to host some events here in Mankato, Minnesota, we’re totally open to organizing events wherever we find ourselves in the future.

Erin: Tyler pretty much summed it up. I’d add that we took a year off. When we first got to Minnesota we spent time observing the scene and thinking about what kinds of initiatives were already underway and what gaps we might be able to fill. We also wanted to give ourselves time to adjust to a new place (and Tyler to gauge the grad school workload) before jumping into another big project. But eventually, after about a year without The Triangle, we felt that inexplicable urge to create something new and get back to building literary community, both online and in our town.

How do you feel it differs from other literary websites and organizations?

Erin: The site is more visual. We’re less text-heavy, which doesn’t seem to quite make sense for a literary website but I think it works. There are lots of literary sites out there that are doing an amazing job with the words (see Real Pants; see Lithub; see Catapult; see Entropy). We want people to be able to dip in and dip out fast—a small amount of text with awesome visuals (or, visuals that can stand on their own). For events, we try to think of the types of literary gatherings and workshops we would actually leave the house to attend—sometimes regular readings don’t make the cut.

Tyler: For our online content, we’re trying to remain focused on two main series, both of which we consider fairly unique in terms of standard online literary content. The guiding principle is: showing you a different side of your favorite writer. So, we’re sending cameras to these fantastic writers. We’re asking these fantastic writers to respond to an awful stock photo. We’re trying to host events that push up against the expectations and pitfalls of literary events—we’ve done fun spelling bees, embarrassment readings (you share something created in your teen years), we’re doing a walking + writing tour of our town, we’re planning a cartoonist reading for the spring. Lastly, we use our social media accounts to not only promote ourselves but also promote other literary organizations, journals, reading series, conferences, etc. that create lit community in unique ways. My message to the online-lit community is that if you know of a particularly cool live reading series or event, I’d love to hear about it, to learn from it, to help spread the word.

I’m fascinated by your visual interviews, especially the aspect of seeing the life of some of my favorite writers (I adore the Wendy C. Ortiz and Alexandra Naughton ones). What gave you the idea to do that?

Erin: I got the idea for the visual interviews from Kara Haupt, who does a similar series on her site Babe Vibes. Her interviews were so personal and compelling (she also asks the interviewee to send a box of ephemera back to include) that I started thinking about who I would want to send a disposable camera to. Writers were the first group of people that came to mind. I think we all want to know more about the spaces and places behind the words we love. And I’m always so fascinated by the shots we get back. The things people value enough to photograph with real film. Their houses and desks. What’s in their fridge. It really is a little glimpse behind the scenes.

Tyler: This is really Erin’s shit—her vision, her creative work. I’m in love with it, but I mainly help with the cold-calls and putting stamps on envelopes.

Do you plan on expanding the features on your site from Loose Change and Visual Interviews to more or do you think you’ll continue to focus on those features? They’re honestly both very unique, collaborative features, in my opinion.

Tyler: Thanks! That’s what we’re going for. For now, I think, these are going to be our main focus. I realize it’s kind of limiting, and that our site won’t be a place to check daily for new content, but for now (with both of us working, writing, raising a dachshund, and me in school) publishing 2-3 times a month is all we can handle.

Erin: One thing we’re considering adding are 3×3 interviews with the writers and artists who participate in Loose Change. Just 3 questions and 3 answers to give us some content to post between weeks and let the creators reflect on the entire experience. Maybe in a few months.

Tyler: Don’t puke, but we met in a writing group.

Erin: Oh my god. Yeah it’s true. I don’t even know what else to say about it.

Any exciting plans for Fear No Lit in store that you’re willing to share?

Tyler: We have some merch coming. We’re working on a few projects in order to pay contributors. We’re not sure what that will look like or when it will happen, but it’s a goal we’re actively working toward. We want to do an event at AWP, but it might not happen until AWP ’18.

Erin: Yes! I am excited to make some merch. Why is there so much bad/poorly designed “literary merchandise” that exists?! I was appalled at some of the booths when we went to AWP last year. We have plans for enamel pins, tee shirts, and stickers at this point, but who knows what else (what do people want? Beer coozies? FEAR NO LIP balm?). We’re throwing around the idea of a Kickstarter or other crowdfunding campaign after our first year (we pay for everything out of pocket at this point). We’re always tossing ideas around—most of our plans start with one of us turning to the other and saying, “Hey, what if we….”

Your favorite kind of literature?

Tyler: Artifact stories (short stories told through some strict formal concept. This one I recently read by Carmen Machado is a great example).

Tyler: I can’t get over this image I conjured on a dogwalk the other day of a mid-fifties, shirtless father in his driveway hosing down his turntables and synths.

Erin: What the fuck now I can’t stop thinking about that.