At Least We’ll Have The Metaverse 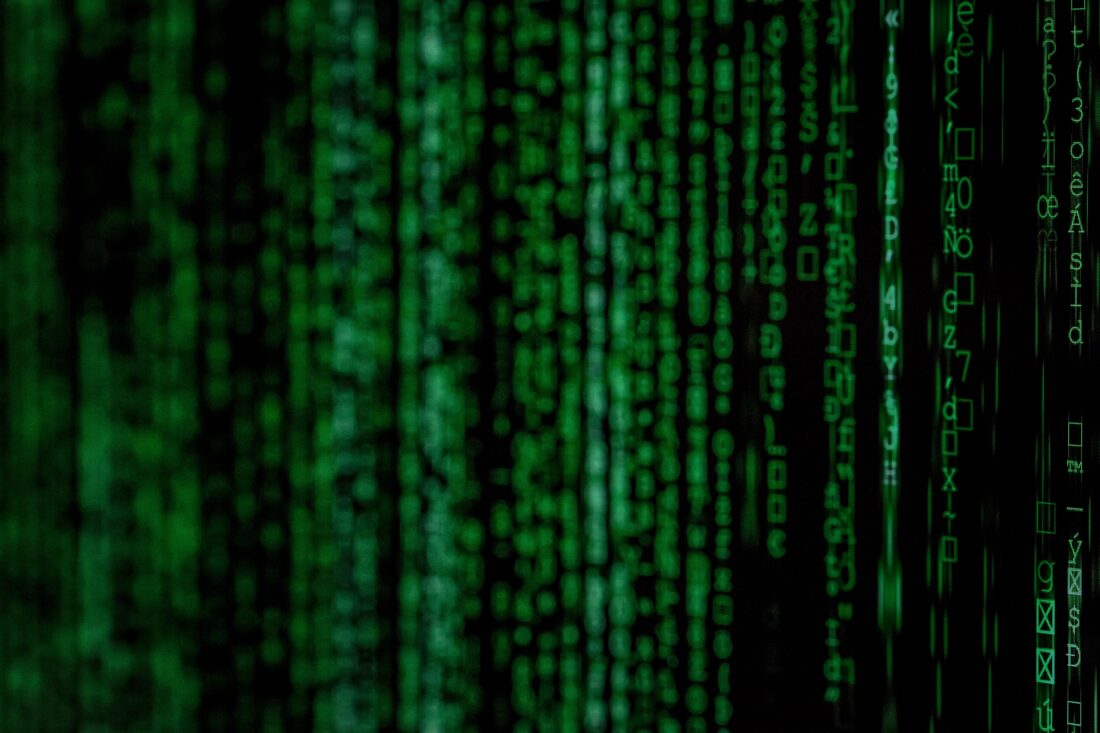 The Duboise family shuffled through the foyer and smoothed their finest grey jumpsuits. It was the first time Mrs. Duboise and Boy and Girl had been to the top floor of a starscraper. Only Mr. Duboise breathed easy. Hands on his hips, he grinned, and pointed at the gilded podium where he stood 16 hours of each cycle working diligently for his employer.

“Watch this.” Mr. Duboise stood stiff as a trophy. He raised his right arm and flicked his wrist side-to-side. Mr. Duboise graduated top of his class.

“I want to be a waver when I grow up,” Girl coughed.

Mrs. Duboise nodded at Boy and Girl’s enthusiasm and hawked up a hunk of phlegm. There was nothing more rewarding than a child that understood it wanted to work. It was a missus’ duty to keep those fumes alive. “If you pay attention in school you can be anything you want to be.” She counted on her fingers. “A smiler. A blood-bag. A waver. Or—Oh!—a clicker.”

“I’m going to have the richest blood in the City,” Girl said.

“Then make sure you study hard like Mr. Duboise and always listen to the machine.”

The twins nodded and marched forward, determined to win the war for their dreams—about two steps. The first battle began with a steel door requiring orbital support from Mr. Duboise.

The Duboise clan followed the hallway, stepping in sync together. Each was sliced from the same genetic loaf, hairless crowns and skin red as apples. Together, they turned a corner and immediately regretted their invitation.

Before them stretched a glass walkway thin as a transistor. It was suspended above the City, spires blinking through the darkness like skewers. The door shut behind them. The wind howled. Mr. Duboise shot out his arm and braced the related things against the wall. “Remember,” he stuttered. “If you fall, aim for a mutant.” The Duboises trembled at the heights of their world.

A curtain of sky unrolled and from an unseen doorway appeared a long-faced man with flesh white as snow, tendrils of hair, and fingernails that were long and twisted. As he floated towards the Duboises the City shimmered and faded into a slender hall of screens.

“Count Ullmann,” he announced himself.  “I’m glad you could join me with your mate and your brood, Mr. Duboise.”

Mrs. Duboise unbraced herself from the panels. “We’re delighted to be here Mr. Count. We’ve never seen such a neat and sterile hallway before. It’s so nice, isn’t it Boy and Girl?” The juveniles nodded.

“Thank you,” Count Ullmann bowed. He was wearing the standard Entrepreneurial garb, a black tee and royal blue jeans. “But I hope your appetites aren’t filled just yet.”

“No, sir.” Mr. Duboise answered at attention. “We’re here to do as you command. Just tell us where to look, Mr. Count, sir.”

Arms at his side, Mr. Duboise stood as straight as his crooked spine allowed. “Sorry sir. Tell us how to be guests sir and we’ll do it sir. Isn’t that right?” Mrs. Duboise, and Boy and Girl, fell in line and awaited further instruction.

The floor glimmered and from the count’s steps, ripples appeared that splashed against the walls. The Duboises were amazed to discover they too walked on water. Above them a camera blinked twice.

Count Ullmann ushered his guests into an arena. “This used to be what they called a Planet Aquarium,” he said. Mr. and Mrs. Duboise clacked their heels against the vinyl flooring and admired the reverberation.

“You were right Mr. Count. Look at all this space,” says Mrs. Duboise. “This is a feast.”

“You’re too kind. Please, this way.” In the center of the room was a table with a stack of flaky brown bars. “Please, help yourselves.”

Mr. Duboise leaned over his mate’s shoulder and whispered, “I told you he’s a big deal.”

As crumbs fought for real estate on the Duboise’s chins, Count Ullmann pulled out a remote hanging on a chain around his neck. He dragged his thumb around the click wheel and squinted at the walls. The panels on the far side of the arena flared and fizzled. All of the Duboises’ attention was busy salivating.

In 0.633 seconds all the light in the room was tucked between the panels. The Count slipped the remote under the lip of his collar as, at the nadir of the dome, a golden orb appeared like a star flung from a burnt-out galaxy. Despite their hunger, the Duboises stopped chewing as the star descended, closer, brighter, more brilliant as it absorbed each moment into itself. All of Count Ullmann’s attention was watching the Duboises watch the impact. Mrs. Duboise dropped to her knees and covered her head with both hands, exactly how the machines taught her. Then the orb imploded, vortexing a collage of colors across the walls. Count Ullmann’s beady eyes grew wide and glowed.

“That was… that was… Mr. Count!” Mr. Duboise sat on the floor-screen, wiping tears off his cheeks. Boy and Girl lay nearby with their mother figure, exhausted from the spectacle. “I don’t know what to say.”

“The point is not to say at all, my dear Mr. Duboise. The point is to experience the metaverse.” The Count circled the remote dial with his long sharp fingernail. “Experience.”

“I could watch that all cycle, every cycle, for the rest of my allotment,”said Mrs. Duboise. “Is this what it’s like to live as an Entrepreneur?”

“No, no. That was just the title sequence. Now, do you want to see how Entrepreneurs live?”

The arena transformed into the living room of a marble castle floating above a lush jungle. Dozens of Entrepreneurs were huddled in small groups, chatting over hors d’oeuvres and chess boards. They weren’t people but avatars: a unicorn, the Roman God Janus, a lenticular cloud with cat eye shades, a bottle of wine with red lipstick and a cigarette. The unicorn phased through Mrs. Duboise. She clutched her chest. From Count Ullmann’s skull sprouted a mat of black hair.

“What color is that?” Girl pointed at the canopy.

“My Waver and his genes,” Count Ullmann said.

“Excellent. Please make sure to tell me what they think of my latest creation.”

Boy and Girl raced towards the waterfall’s edge, jumped, and slammed into the wall.

“Don’t be tricked by the sense of depth and tactility,” Count Ullmann said, his fingernails shrinking. “The walls only extend so far, and the floor is always beneath your feet. Even when you seem to be flying.”

Count Ullmann slunk behind Mrs. Duboise’s gawking and, hovering his slender hands just above her shoulders, said, “Now, watch.” The arena jumped to the moon and the little blue ball called Old Earth was rendered above them in 64k. She fainted. Mr. Duboise rushed to his mate’s body and shook. Count Ullmann seemed to straighten, filling out his jeans and tee with muscle.

Relieved about his mate, Mr. Duboise said, “This is really something.” Boy stood at his hip and gazed upwards as the room shifted to an enormous city bathed in an endless sunset: a city of cathedrals at the top of a mountain, spirals of mica twisting like turban shells into the clouds. All around them floated the avatars of Entrepreneurs.

“This is what the City powers,” Mr. Duboise said. A rusty red robot passed them and waved at Count Ullmann. Boy fell to the floor. Count Ullmann’s voice became husky,  strong.

With the next rendering, a leap into the Jurassic period, Mr. Duboise held his head and collapsed. The three Duboises lay crumpled together, the blood drained from their faces seemed to fill Count Ullman’s—his wrinkles smoothed and his flesh darkened. Only Girl remained.

“It’s not real,” she said. “It’s boring.” An Allosaurus stooped down to bite her, serrated teeth passing through her jumpsuit. Frustrated, the hologram tried and tried again.

“But I haven’t even shown you the truly exhilarating.” Count Ullmann rotated the remote and studied Girl’s reactions. They were transported to the event horizon of a black hole; reduced to the size of a helium atom; watched angels chicken dance on the head of a pin, as camels marched through the eye of a needle. Girl yawned.

Count Ullmann switched to new environments, new visual candy, the cutting edge of new experiences. Rotating through the metaverse environments at an inhuman pace faster and faster, he chipped his nail. These were the Entrepreneurs most expensive creations and this lab grown thing dared to be unamused. “Tell me what you want and I’ll generate it,” he squeezed the remote, the plastic cracked.  He could create anything. That was the power of the metaverse, the farthest reaches of the imagination’s desires could be rendered virtually.

Girl sat on Mr. Duboise’s chest and rested a hand on her chin. “Bring back the arena,” she said “I liked the echo.”

“What?” Count Ullmann dropped the remote, it swung on his neck with dead weight.

“The echo. That was the best. Bring it back.”

The arena flashed and melted, the colors receding into the corners. All that remained was a single bench in the center. Girl jumped up and down, yodeled, and yelled—the echoes bouncing against the walls. Count Ullmann sat on the bench and dropped his head into his hands.

“What’s the matter Mr. Count?” Girl tried to sit next to him and phased through the hologram.

Count Ullmann squeezed his eyes as the color in his face faded to a chalky white. If the metaverse couldn’t have their attention completely then what was the point? Girl’s inattention had put a stake through his heart. His age reappeared, shriveling him back into a dead man in need of a tomb.

Without the eccentric light show, Mr. and Mrs. Duboise, and Boy, stirred from their coma. As they rose to consciousness, Count Ullmann stood and the bench faded from random access memory.

“Thank you for visiting,” he said with his back to the Duboise clan. “I’ll see you on Monday, Mr. Duboise.”

Mr. and Mrs. Duboise, Boy and Girl, waved goodbye to Count Ullmann and waited for the front door in the foyer to open. “I wish we never had to leave,” Boy said. A screen above the gate flashed WARNING, encouraging them to stand behind the yellow hazard line. Tomfoolery might lead someone to trip and fall 2997 meters to the salt scum alleyways below.

“Nonsense,” said Mrs. Duboise, as she studied the security camera above them. “You shouldn’t insult an Entrepreneur’s hospitality like that.”

The dropster arrived and the related things squeezed themselves into the belly of the machine. The dropster whirled through the City, its blades cutting through microplasticized sky as it joined the swarm of taxis carrying people between the containers they called their lives. Then the dropster decelerated as it approached the mile-high seawall. It aligned itself with the apartment door and belched the Duboises inside.

The wall-screen blinked an order. It was time to sleep. But before she lied down Mrs. Duboise performed her routine. She set the alarm, checked twice to ensure each of her broodling’s cages was fastened, and then snuggled inside her own pen. Mr. Duboise was already asleep with his back pressed against the door—taser in hand. Such a good protector.

Mrs. Duboise counted her blessings as she traced the leaking pipeworks and scraps of electronics swinging from the ceiling. They were so fortunate to rent such a spacious abode. And since they were fortunate that must have meant that Count Ullmann was blessed, and the best way to become blessed was to work for someone with “Count” for a name. As she drifted into neuro-mechanically induced sleep Mrs. Duboise imagined she was infected with a germ of Mr. Count’s good fortune.

Beyond the plastic window, a supercell blew its nose against the remains of the earth—snotgreen.