Walking Through The House: An Interview with Doe Parker

Greg ZorkoJuly 22, 2018Interviews
Artwork by Art Zarko from The Good House and The Bad House 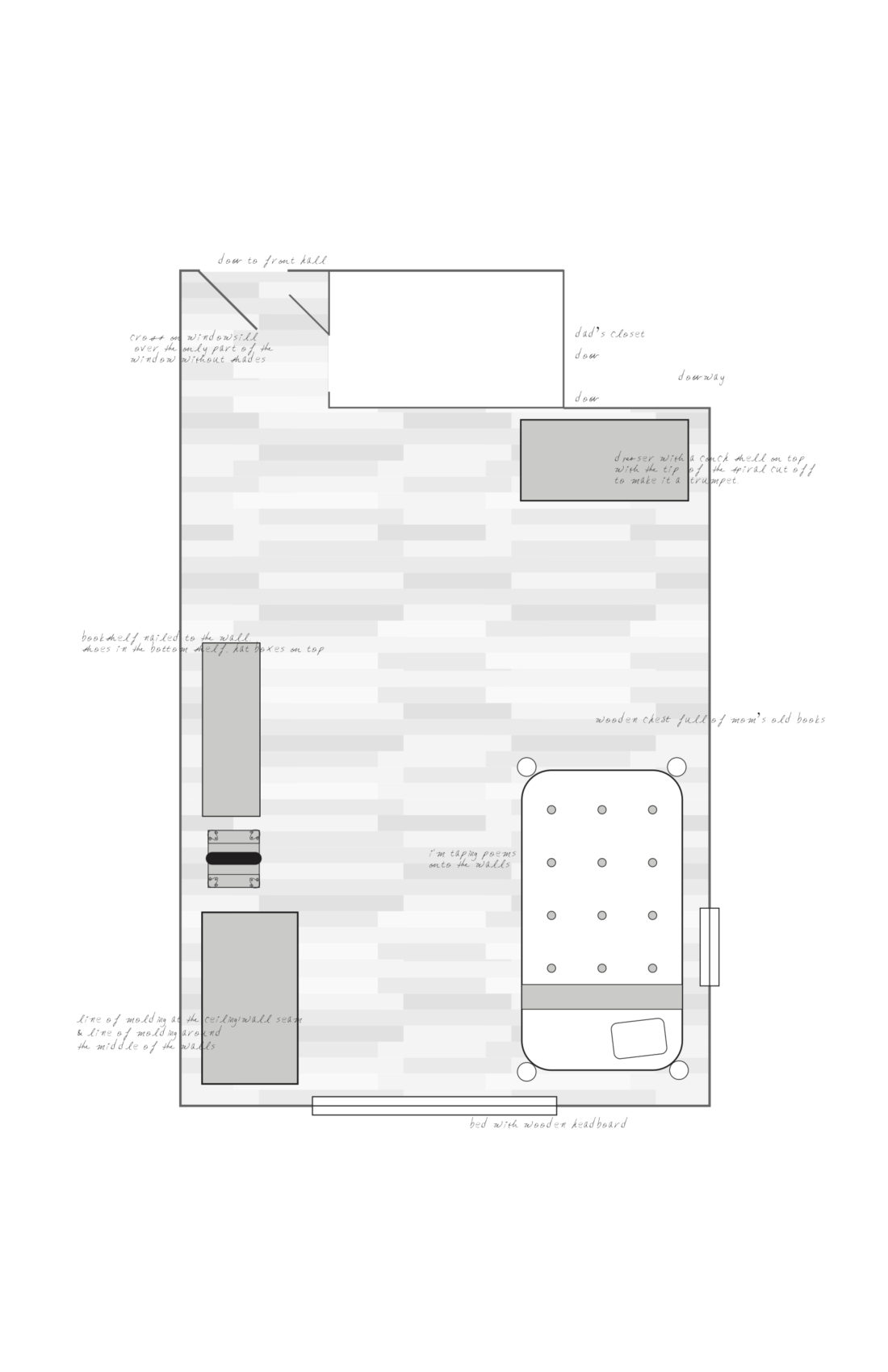 Doe Parker’s The Good House and The Bad House (published by Recenter Press in 2018) is a collection that explores space and place, memory and transness through text and visual art. Recently I chatted with Doe about the beginnings of the book, its collaborative nature and some of its core themes.

There was a specific prompt that you mentioned in the acknowledgements that started things off with the book. Can you explain what that prompt was and how it led to ​The Good House & The Bad House​?

About three years ago I was in a workshop and the prompt we got one week was to do the writing equivalent of a still life — just describing something without any narrative / commentary / metaphor / ect. I picked the kitchen of the house I grew up and I was surprised how emotionally loaded the process of writing ended up being. I placed a boy sitting on the kitchen floor as the person seeing everything described/used he pronouns for myself — which was when I was just barely starting to figure out trans stuff and definitely hadn’t switched over to using he pronouns. In the workshop I totally lied and said the whole piece was fiction, got feedback to keep writing more rooms, and then it turned into the huge project it became.

Does writing give way to explore yourself before you might be ready to in day to day life? Do you think it lets you sort of get ahead of yourself in that way?

Yes, I think I always figure out stuff first in my writing.

Was the exploration of place in your work much before writing this particular book? Do places seem to organize the past for you?

Definitely! I think I mentally organize time periods in my life based on people I’m closest to and places I have strong attachments to. When I lived in the Bay Area all my poems were about redwoods, oceans and buses around there. I’ve always been extra drawn into texts with a clear sense of setting.

How closely did you work with the illustrator? What was the process like? I really enjoyed the contrast between the sharply defined spaces in the illustrations and the magical quality of the poems where everything is sort of colliding with everything else.

Thank you! So since the whole piece started off as mapping the house out with hyper-detailed text I would sketch the floor plans while I was working mostly as a tool for getting the scale right and trying to be as accurate as possible. Originally I saw the text being a lot longer than it is and having it include all the descriptive text alternating with the poems. I ended up choosing to switch over to illustrations because I wanted the book to move a lot faster and literal illustrations make it way easier for the reader to self insert / visualize things. I enjoyed working on the illustrations with Art a lot. We came into the project from super different backgrounds — they’re a mechanical engineering person — so I think they were the perfect fit to make this grounding and technical element of the project. Art was also super understanding about how detailed and specific I wanted to be in trying to transfer all my sketches into digital form / getting things as close as possible to how the space looked — and it was great to be working with another trans person.

Smells tastes and sounds feature prominently in the book. It seems that these foods and smells and tastes kind of form a type of house of their own. Or they interact with the spaces in a very close relationship. Are there certain foods you identify with certain periods of your life? Like, did you ever go through a specific period of time where you remember eating one particular thing often?

Yeah most of my childhood I usually stuck kind of obsessively to eating one thing, (usually a snack food that I just ate a lot of), for big chunks of time until I got super tired of it.

I felt that the book, though made up of poems and some short pieces that are closer to fiction, formed into a kind of coming-of-age story. It’s also a story of family. Did some larger narrative threads start to come together when you were making choices about how to put the individual works together and create a book?

Most of the book is nonfiction even when it sounds metaphorical. I pushed against much of a chronological arc in this project and time jumps around a lot — the only thing that’s constantly moving in one direction is walking through the house to the backyard and going toward forgiveness.

That chronological ambiguity really surprised me as I went through the book, and I think for me was much more affecting than a simple “I lived here and had these experiences, then I lived here and did this” type of narrative structure. It also contributes to the kind of dream-like quality in your writing. I found that dreams and the way that memory interacts with physical space to be the kind of core interesting thing about the book. Also I enjoyed the way it made me think about how close dream and memory are in the ways they function. What are your thoughts on dream and memory in your work?

I love dream spaces because they’re so charged! Anything can happen, the location can shift, the kind of science/gravity/logic of the space can just fold in on itself. The tension in that is exciting to me. Anything can be a metaphor depending how it’s framed and that gives everything this charge of potential energy in a similar way that I also find exciting.

Dreams were relevant to the project because especially the first year after I wasn’t living in the house anymore I’d have super intense nightmares that had a lot to do with entering/exiting the house and fights with family members and I wanted to talk about the after-affects of the space that kept happening across the country not just what physically happened there.

The dreamlike element to a lot of the chunks of the book is because I dissociate a lot, and when I think about the house and when I was making these poems I dissociated more than usual. So there’s this active thing happening where my brain is trying to shield me and I’m asking it to stop doing that because I’m separate enough from the space now to feel healthy in intentionally trying to walk through it and process it. Dissociation is also linked to my body/transness. The “past-me” character looks dramatically different from me now not only because I’m older but because I’m in a body on different hormones.

Any upcoming readings/tours/events/publications you like to let everyone know about?

I just wrapped out a bunch of readings although folks can always follow my insta (@doe.parker) for updates. I’m really excited that a review of my book by Kiki Nicole is going to be out from Crab Fat Magazine in August.

Doe Parker is a trans poet/essayist from the Bay Area currently based out of Chicago. He has a B.A. in poetry from Columbia College Chicago, and has work published or forthcoming in Habitat Lit Magazine, Pine Hills Review, Sink Hollow Literary Journal, Hooligan Magazine, No Assholes Lit Magazine, Columbia Poetry Review, Callosum Magazine, and EOAGH. He has a pet snake, loves bookbinding and plans to spend the next year working on a new manuscript, Vestibule.