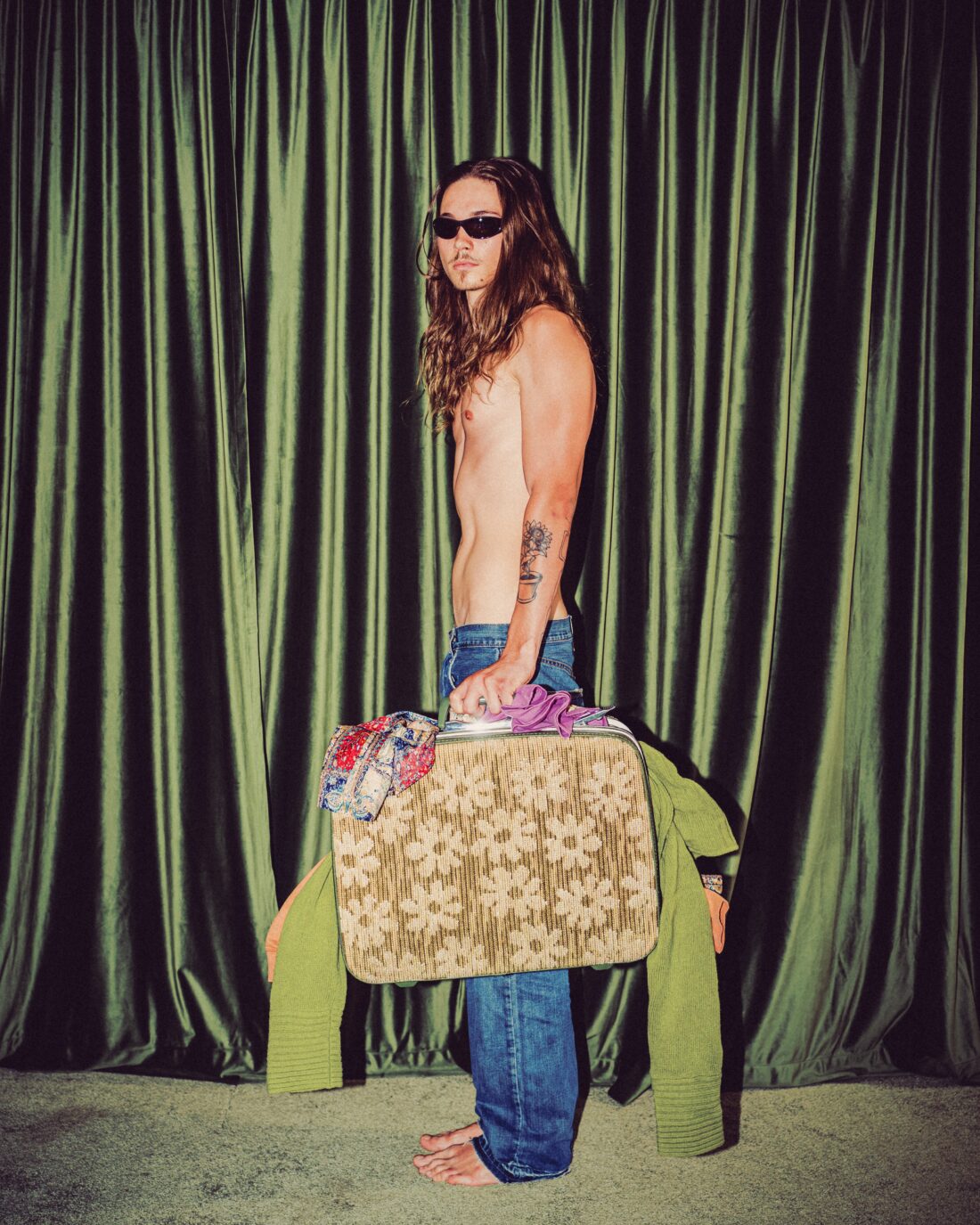 All of your stories begin with Lee. You can’t help yourself. Whatever year it is, whatever bar you’re in, inevitably his name rolls off your tongue and you say to your new friend, This is a good story, let me tell you about this guy I used to know, and then right in the middle of the good part you realize you don’t even remember how it ended.

On your first night you walked all the way to the beach from the airport and just stood there, holding your suitcase, and that was it—your whole life. No ties to anyone, either free or incredibly lonely, gazing into the horizon as the sun sank into it. You were struck with the sweeping feeling that it would never be like this again, that you would never be this untethered, that your time here would wax on and you would sign leases, kiss mouths, pick up checks, and accumulate. The things you gained would lift you higher than you’d ever been, but also end you, too, leading you back to the shore as you tried to rediscover the feeling you’d scraped the edges of that first time. Like you could stand here in the sand and jump back months, even years, to earlier versions of yourself. To the moment of your arrival. To how it felt to be alone, and still wonder whether that was beautiful.

You’d never call it romance. It was you, in an attempt to remove your shirt, catching the straps of your bra; it was Lee, hovering above you on the threadbare couch, saying he knew you too well to continue; it was you, on the street outside your favorite diner, screaming that no one had ever known him like you did, that you loved him anyway; it was Lee, giving a song your name and insisting it was platonic; it was both of you, pretending you’d forgotten the drunken fumble that remained the closest you’d ever felt to another human being. It was the cotton shirt you stole from his bedroom floor and left pooled in the closet of your studio the day you moved out. He must have known you had it. You never gave it back.

Of course, that’s how the two of you were back then: laughing, shirking connection, always a little drunk, and already aware that these moments were the best of your lives. Years later you retell the idealized version of these stories in kitchens, nightclubs, parking lots. Lee dies at 52, his hair still as long as the day you met, and you’ll never know if he found what he was looking for.

Once you’d been there long enough, you stopped gazing up at the sky as much as you used to. There were fewer of the drunken shouted I’m so happy to be heres. You looked at the sidewalk more, took the things you’d fallen in love with for granted. You lost track of the water—that visceral blue reminder that you were standing on the edge of something so much larger than you could comprehend. You stayed longer than you ever lasted anywhere else, though it didn’t stop time from moving forward. You lost countless boxes of belongings, which never mattered beyond a slight twinge of regret: It’s easier to let the memories trickle away after the souvenirs have gone. You lost people, too—that’s what stories like this are often about, aren’t they? Finding someone and losing them and then, depending on the kind of story it is, maybe finding them again before it’s over.

You found them shelved in bottles in the medicine cabinet, yes. But also wrapped in plastic and hidden in the air vents. Tucked individually between couch cushions. Rolled into socks and pushed to the back of his dresser drawer. One hidden under a pillow, like a lost tooth. He yelled from the living room, called you names, asked if you thought what you were doing was fucking worth it. You flushed every last one, watching them spin away like tiny marbles, and you never said a word.

Thirty years after that night Lee came back to Seattle to die. Took one pill too many, let the cold blue waves of the bay crash over him for the last time.

Thirty years after that night you come back to Seattle to grieve. You leave your teaching job and your apartment in Queens and any residue of the life you tried to make for yourself elsewhere, because it was inevitable. There are certain places you never leave. Certain ages you never stop being. And in that city there’s a shore you’ve never left, a corner of the living room where you’ve never stopped hiding, and you’ve always been twenty-three.

Lee liked to talk about time travel, what he would say to his younger self. Usually there was some accompanying dramatic action, too, like ridding the apartment of prescription bottles. It depended on the day, and whether he was high. Lee said time travel had to exist, it wasn’t fair otherwise: only one chance to make every decision, no do-overs. You’d laugh and say it makes more sense that way. Life is like a story; it has to have stakes, and there aren’t any stakes if you can go back, fix everything. And Lee would roll his eyes—seeing the point, never wanting to admit it.

They give you the ashes, after. You consider the places you could take him, knowing all along where you’ll end up. You give Lee back to the water he loved, and for a moment you stand empty-handed and imagine there is no story to tell. That you’ve just flown into SeaTac and you don’t know a soul in the city and no one is expecting you and you aren’t tied down to anything and that all of this is all right, because you’re still only twenty-three.